Police said the villagers had staged a dharna* in front of the company’s main gate on December 27, 2005, asking the company to install an electrostatic precipitator to control air pollution caused by the exhaust gas of the plant.

A police officer said the villagers were not ready to listen to any explanation from the company regarding the non-installation of the device.

*Dharna: A fast conducted at the door of an offender, especially a debtor, in India as a means of obtaining compliance with a demand for justice, such as payment of a debt. The image is dharna staged by the residents of Siahar village in Ludhiana in December. 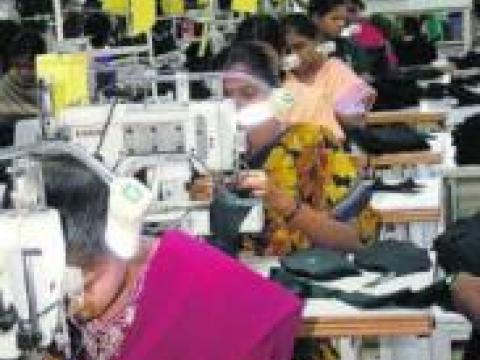 The indefinite strike of thousands of garment workers in Tirupur for a wage increase continues this week.