International Solidarity with the Social Revolution in Rojava

International statement on defending the social revolution in Rojava.

We will defend the social revolution in Rojava with all our power. The bloodthirsty imperialist interventions can be suspended only by the coordinated internationalist actions of the oppressed classes.

Since July 2012, a living revolutionary process has been unfolding in Rojava, the region of Northern and Eastern Syria or West Kurdistan. This revolutionary process unfolds by standing tall against capitalism, imperialism, fascism, and patriarchy. The liberating social endeavor of democratic confederalism consists of the peaceful fellowship of various peoples in living with the principles of direct democracy. At the same time, it focuses on social ecology, radical feminism, and questioning the role of the state as a tool for domination. This liberating social endeavor also proves in a tangible manner that the authority of the capitalists will sooner or later be overthrown by the revolutionary workers and farmers. That is the historical duty of the subjugated classes.

The prosperity and the material fulfillment of the social and class emancipation – the self-management of the production and of the social life by the oppressed – affects the foundations and the interests of the ruling capitalist class. The social revolution in Rojava is a process that has come to give hope for the social liberation of all the oppressed peoples and at the same time an experience that refutes in practice the claims of the bourgeoisie politicians and capitalist economists – the claim that capitalism is an unwavering and immovable system.

The supposed “only-way” that capitalism presents is being shattered with every step that the people are taking towards the social revolution. What the imperialists around the globe cannot digest is that the people of the Middle East are not only fighting against capitalist barbarism, they are also taking their lives in their hands by creating a libertarian alternative way to the capitalist impasse. The imperialists are lusting to get their hands on the rich lands of the Middle East. They have been fighting with each other for years, while using puppet governments in order to exploit the natural and energy resources of the region and to further undervalue the Middle Eastern proletariat. These imperialists aim to promote their interests by any means, not hesitating to shed the blood of the innocent people of the area, even by financing jihadist groups that they say they fight.

The capitalists have their hands stained with the blood of the people. Whenever their current power play and their particular interests dictate them to do so, they either fight or form alliances with each other. In any case, they have been mercilessly hammering down the struggling people, the oppressed and the exploited, their class opponents. For the last two years the Turkish state has exercised a non-stop military operation for the occupation of the liberated Rojava. The attacks of the Turkish state have continued to this day with the aid, the tolerance and the consent of the international imperialist powers and the Islamist gangs that act as mercenaries and armed vanguard to the Turkish military interventions in Kurdistan.

On the 15th of June 2020, the Turkish state openly attacked the liberated regions of Rojava such as the self- managed immigrant camp at Maxmur and the democratic region of the Yazidi at Sengal. These regions are part of the liberated areas. Again a few days later, the Turkish army started an operation to invade Başur (Southern Kurdistan) which has since been bombed constantly. On the 23rd and 25th of June 2020, several deadly attacks by drones by the Turkish army have been recorded in Rojava and Suleymaniya. Many people were forced to flee and abandon their now burned down houses with their agricultural lands and crops were completely destroyed. Many civilians lost their lives from the attack of the Turkish army. The Kurdish guerrillas are responded to the deadly attacks by the Turkish state by defending the people and the revolutionary experience of the democratic confederation. The war in the Kurdish mountains rages non-stop, as is the Turkish occupation of Kurdish territory. Meanwhile, the Turkish state has violated every international convention as well the truce declared as response to the COVID-19 pandemic. These crimes of the Turkish state have been perpetuated for several years now. The capitalists and the governments they control are once again silencing the Kurdish people after having given the green light to the imperialist plans of the Turkish state.

The Kurdish liberation movement organizations called for solidarity actions in support of Rojava since last 18th and 19th of July. July 19,, 2012 marked a brilliant dawn of social revolution which broke upon the people of the Middle East: It was at this moment that the social revolution began in Rojava. On the 19th of July, 1936 the organized working class and farmers of Spain stood against the fascist military coup led by the dictator Francisco Franco. For three years they were engaged in a fierce revolutionary fight for the construction of a libertarian communist society. The legacy of the battles fought by the workers, the farmers, the anarcho-syndicalists and anarcho-communists of the Iberian Peninsula is being passed today to the revolutionary people of Rojava. Their fight is our own; it is the struggle of the international proletariat. That is why we are called upon to defend – on a coordinated and international scale – the social revolution in Rojava. As anarchists we have to do everything in our ability to strengthen the internationalist, anti-capitalist, anti-statist, anti-imperialist revolutionary movement.

The international solidarity of the oppressed and the exploited is the collective power that can give the finishing blow to the capitalist system. An untiring and unselfish contribution to the revolutionary processes all over the world is the duty of the anarchist movement today. The international social revolution – in the direction of the libertarian communism – indicates the strategic course of our actions. This is the direction for the everyday fight against capitalism: acting locally and thinking internationally. For all this we believe that the best way of showing solidarity and support for the Rojavan revolution is the strengthening and deepening of social struggles in our regions and the consolidation of our anarchist political organizations.

CEASE IMMEDIATELY THE IMPERIALIST INTERVENTIONS AND THE BLOODSHED OF PEOPLE

IMMEDIATE FREEDOM FOR ALL THE POLITICAL PRISONERS

IMMEDIATE WITHDRAWAL OF THE TURKISH ARMY FROM KURDISTAN

An understandable sympathy with, and desire to show solidarity with the people in Rojava against the attacks of the various current world and regional imperialist interests again results in these anarchist groups overstating the significance of the claimed anti-capitalist and social revolutionary impact of the movement as against its underlying national democratic and modernising movement still within the framework of global capitalism, including it's propagandist misuse of the parallel with the Spanish civil war era. Despite that it's appeal for the extension of social struggles against capitalism and capitalist states in all of our respective regions is valid, even if the signed groups have limited capacity to deliver that in practice.

What's wrong with this Statement is not that it calls for the international solidarity of the oppressed and exploited - what libcomer could disagree with that? Nor is there anything wrong with condemning the murderous actions of the Turkish, Syrian or Iranian states... Again, a reasonable thing to do!
The problem is that it perpetuates the absurd myth of a "social revolution" in Rojava. The facts of its non-existence should be fairly well known by now, so I'll just mention the Mouvement Communiste article on the sibject, already on libcom:
https://libcom.org/library/rojava-fraud-non-existent-social-revolution

We believe that the best way of showing solidarity and support for the Rojavan revolution is the strengthening and deepening of social struggles in our regions and the consolidation of our anarchist political organizations. 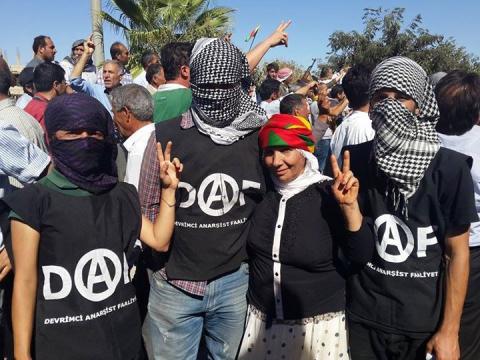 A response to the article "Rojava: An anarcho-syndicalist perspective"

This article was emailed to me (boomerang) by the author, Hüseyin Civan, a member of the DAF …
Image 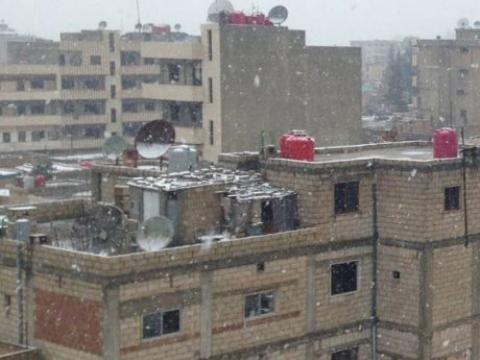 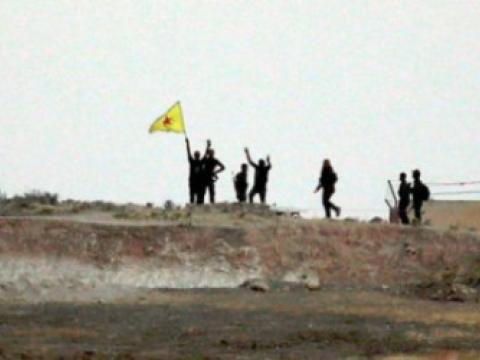 An introduction to Arthur Aberlin's blog in which he explains what motivated him to join the YPG as an international volunteer.
Image 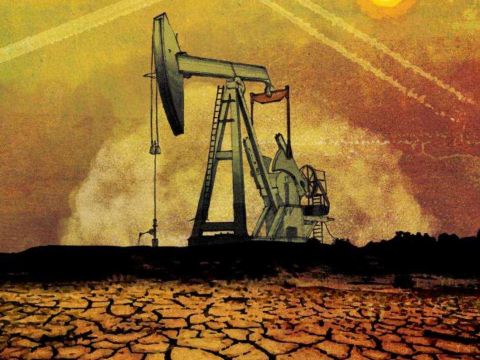