Interview with former Maxis programmer Jacques Servin, who was fired after inserting code in response to poor conditions.

A long time ago, an overworked and underpaid programmer over at SimCity-maker Maxis found his way to RTMark.com. Becoming interested in the activities of this company (described by some to be "commercial terrorism" and by others as "pranks"), a mischiveous idea snuck into his head. Using a few select dates and a bit of programming, one person singlehandedly sent an entire company into a hurry to release a patch for his 'prank' and brought lots of media attention to Maxis. As a result, he was fired.

If you don't already know, Jacques Servin was the programmer behind the "Gay Sims" of SimCopter. This is his story.

In charge of creating the people in SimCopter, I added some boys in swim trunks and had them kiss, under certain conditions--on my birthday, my boyfriend's birthday, and Friday the 13th (for some reason).

Where did you first get the idea to do so?

RTMark. But I'd thought before that something like it should be done.

Explain the chain of events following your actions - the game was released, then what? Who discovered what had happened and how?

The game was sent to the distributor on a Friday, I think it was, and then Will Wright noticed the boys over the weekend. I think I was fired (not by Will, who I imagine was more amused than anything) around the following Thursday.

How would you describe the company/organization "RTMark"? What was their involvement in this?

They're about sponsoring anti-corporate activism. I got the basic idea from their list of projects. When it worked out, they paid me.

Yes, they paid me $5000, which I received about a month after the game was shipped (which was also roughly when the press came down--it took the press about a month to catch on and write about it).

What kind of recognition did you receive?

Tons of it--besides the dozens of articles and so on, lots and lots of fan letters, and also quite a few hate letters. It was very fun. I also got about five job offers, but they were all in goofy places, geographically. Silicon Graphics had me come in and interview, but one of the people there didn't like me for some reason....

How did Maxis initially respond? How were your relations internally with the company? How do you feel about Maxis' response? Was it the right thing for them to do? Why?

Maxis was very fun to work for, for the first few months I was there (I think I started in Oct. '95). I had no big problems with anyone the whole time I was there, but after I was taken off development for what eventually became The Sims [not sure that's the title--it's the one with little people in houses], things sort of went downhill. It became pretty intolerable when after working there for a year with no vacation, I decided I urgently needed to take a week or two off (to tend to some heartsickness, metaphorical), but was refused with no condolences, sympathy, or kindness. We were in the final push to get SimCopter out the door, and they were really pushing us all to the max. Why are companies allowed to demand 60-hour weeks from their employees? I had voluntarily put in 60-hour weeks earlier, when working on The Sims, but the SimCopter push was really, really horrible for me, and I still think that sort of thing is inhumane.

What are you doing now? Did the entire SimCopter thing lead you anywhere else?

Since then, I've worked for another game company (Fujitsu Interactive, on a game called FinFin on Teo), for Berkeley Laboratories (they used to be called the Berkeley Radiation Laboratory before their makeover), and elsewhere. It's been consistently easy to find work, and at a higher rate than I was getting at Maxis, so I don't think what I did hurt my career any.

After SimCopter, have you had any relations with gay/lesbian groups or organizations? If so, what? If no, why not? Have they tried to contact you?

Hm, no, not really. I guess this group called Digital Queers wanted me to give a talk or something for a while, but that's about it. I'm not the organization type anyhow, I can't stand meetings and find marches nervewracking.

Anything you'd like to say to the community, to Maxis, to anyone?

What I did was not just about gay pride--I mean really, I suppose video games should have gay characters, but this issue was never very important to me. I did it only partly because I thought it was a good idea, and a funny thing that would amuse a lot of people.

The bigger reason I did it was anger at being worked so hard with no relief. The attitude of my manager, who has since been dismissed, was really arrogant. He assumed it was okay to work me 60 hours / week with no immediate reward, no apologies, no sympathy for my particular situation. I think it's probably illegal to demand that workers put in more than 40 hours / week, but it's quite routine, and not only in software.

If it hadn't been for that, I would have been a lot more interested in keeping my job and might not have put in the kissing boys. Exploitation is bad business, at least when the exploited workers are in control of the product and can easily find new jobs....

On the other hand, I'll bet some extra SimCopters sold because of this, so maybe it was really a win-win situation.

Exploitation is bad business, at least when the exploited workers are in control of the product and can easily find new jobs.... 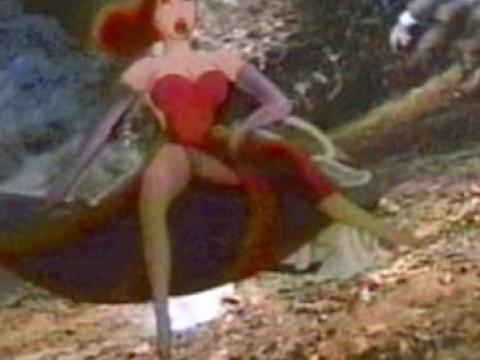 Technopranks: Carving out a message in electronic space 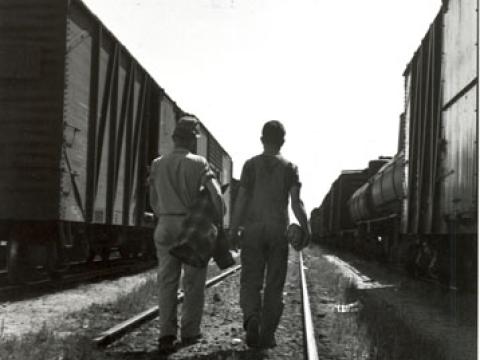 Sabotage and striking on the job - Louis Adamic

Louis Adamic immigrated to the United States from Yugoslavia at age 14 and was naturalized in 1918. This essay describes his experiences as a…

A tale of toil in a workers' compensation claims unit.
Image