The 'trouble' in Northern Ireland has been raging for exactly three years now. During that time, well over a hundred people have been killed and many hundreds more injured. Unemployment now stands at 10.8 per cent and the minimum estimate of the number of homeless in the province is 10,000.

Guesses at the amount of property destroyed vary between £12 million and £150 million (the real reason, incidentally, why troops were moved in). Yet here in England how much significance, really, is attached to the struggle? True, the media daily pepper the English public with items of Irish 'news': the latest death here, the most recent incident there and the latest 'assessment' of what may or may not be happening by some pundit/politician wherever it may be squeezed in. But, we repeat: how much significance is attributed to the Northern Ireland crisis? In our view, very little indeed. In a way, that is the most significant thing one can say about it in London politicians, money-makers, civil servants, the mass media, people at large and most of the Left regard the situation as not terribly significant. We disagree.

In 1910,1911,1916,1918-23 and, again, in 1935 (to speak only of this century) Ireland has exploded in the faces of its Imperial masters. Today Westminster continues in its refusal/Inability to realise the true dimensions of the crisis and would 'wish it away.' Meanwhile, the jumped-up councillors of Stormont, dull-witted and vicious, are enabled to determine the actions of the occupying forces. The struggle in Northern Ireland has, in this sense, now reached the stage where it constitutes the greatest internal threat to the existence of the British state seen this century.

Examine the 'reforms' to see what the anti-Unionist minority has 'gained' over the past three years. The Civil Rights demands were . .

Legislation has certainly taken place, but in real terms what have been its effects and, more important, how has it been implemented?

1) There have been no local elections nor any Stormont elections under the franchise reforms, - as it was 'too late' to put them into effect. Derry is still ruled by a commission appointed by the government and its electoral boundaries have still not been redrawn.

2) The Royal Ulster Constabulary (RUC), according to the Hunt Commission was only to be issued arms in extraordinary circumstances and riot duty was to be left to the Army, particularly when there was a danger of armed conflict. Practically the entire police force now carries arms openly and the R. U. C. was recently used for riot duty in Derry's Bogside.

3) The 'B 'Specials were disbanded, true. In their place came the Ulster Defence Regiment, predominantly recruited from their ranks. Its number was originally fixed at 6,000. Recently, however, this limit was totally lifted and now units are to be drawn from their own localities just like the old 'B' Specials. The number of Catholics has sharply declined many resigning after internment was introduced. Also, the number of guns in the hands of gun clubs formed by the Ulster Special Constabulary Association and kindred other bodies is now estimated to be more than 110,000. This, besides the illegal arms in the hands of the Protestant vigilantes of the U. V. F. (Ulster Volunteer Force -a proscribed organisation) who openly display them while carrying out evictions in the mixed districts.

4) The Central Housing Trust, founded to prevent sectarianism in the distribution of publicly owned housing, the issue which triggered the civil rights campaign initially. The Housing Trust has aided and abetted the polarisation of the districts rather than the opposite. They have, with the British Army's consent sought ghettoisation as a means of implementing the division between the two communities, which, from the Army's point of view makes 'policing' so much easier. This explains why the Army turned a blind eye to evictions and now actively assist the forcible movement of population.

...A sorry collection of 'reforms' which adds up to a tidying of the graveyard rather than a genuine attempt to break down sectarian barriers. Each one of these 'reforms' has been manipulated by Stormont to polarise the community and at each step it has been assisted by the Army. The Civil Disobedience campaign may yet see the Army evicting Housing Trust tennants for non-payment of rents - another of their attempts at 'community; relations' no doubt.

Internment was in fact aimed at the 'left' political opposition. Its implementation polarised the community in an unparalleled fashion. Violence escalated within half an hour of the internees being seized. Within two hours the entire community of the Catholic ghettoes was In arms. The people instinctively knew that this was a deliberate attempt to crush what political voice they had left.

The Left in England reacted swiftly to tne situation but was lamentably unable to maintain any unity of action. Differant slogans are put out by different groups, more to illustrate the purity of their own politics than to assist the struggle in the North.

The seriousness of the American struggle against the Vietnam war or the brilliantly effective campaign against Australian involvement in Vietnam has yet to evolve. Some sections of the Left have even gone so far in their attempts to have their 'line' heard in Ireland as to indulge in 'socialist imperialism' and have sought or are seeking to found groups in Ireland that will be under London's control, though one presumes that these fronts will be conducted from the safety of Dublin drawing-rooms rather than the bloody and miserable battlegrounds of the North.

Again, the demand issued by Intenational Socialists' [forerunner to UK's Socialist Workers Party - Libcom] front organisation, the Labour Committee against Internment was, "Fair Trial for All Internees"- an obvious sop to its 'respectable' Labour MPs. It was heard by the Northern groups with incredulity and they felt, bitterly, that they had been let down one once more by the English Left.

Three years have passed in the present struggle and even now the only whole-hearted response is from the Irish exile organisations. Too many people who articulate their doubts about the situation do not know what to do. This same problem occurred in America until groups started to actively combat the Vietnam war without the help of 'fronts', 'parties' and the like or waiting for analyses.

The first stage in furthering the struggle in the U.S. was education (Teach-Ins, etc), coupled with mass action. This issue of Anarchy Magazine aims to contribute to the former. Only you can provide the latter.

The Left in England reacted swiftly to tne situation but was lamentably unable to maintain any unity of action. 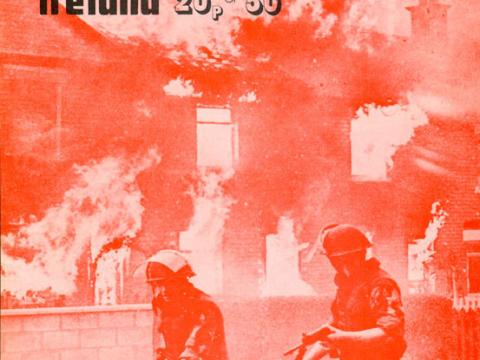 Issue 6 of Anarchy magazine from 1971 on Ireland. PDF taken from irishanarchisthistory.wordpress.com which also includes an interesting overview of the issue. Alternate PDF taken from http:…

April 2012 issue 10 of the monthly Leveller. Published by Organise!
Image 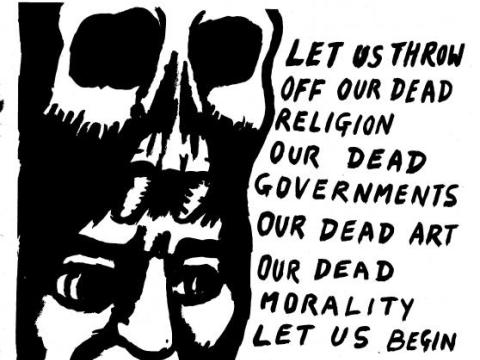 This text was produced in 1969 and handed out at University College, Dublin and also at the anti-apartheid demonstration against the Springbok Rugby tour that year. It was produced by Phil…
Image 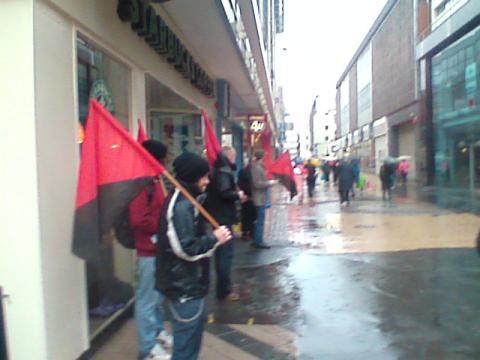