We live in a beautiful world. After millions of years of evolution, humans have built vast societies that span almost the entire globe. These societies, however, are marked by massive differences in wealth and power. While some individuals have more than they could ever possibly use, let alone need, many of us struggle just to put food on the table, or even to have a place of our own to put a table in. Our society is fundamentally divided into two classes – the ruling class, encompassing a tiny percentage of the 6 billion plus people living on this planet, and the working class, the vast majority of us. The system which divides us is called capitalism.

Some people think of male factory workers when they hear the term working class, but this is not what we mean. The working class is not limited to blue collar workers in factories, but instead it includes all of us who are forced to sell our labour power to survive. This includes people who are in paid employment, whether in a factory, office, cafe or retail store. It also includes those who are unable to find paid employment, or have chosen to refuse the drudgery of paid work in order to attempt to live on the meagre benefits supplied by the state, and who provide a vast potential pool of labour that enables the ruling class to further keep wages down. The working class includes stay at home parents, doing vital unpaid work to raise the next generation of human beings. In short, if you don´t own a business, if you aren´t part of the Government, if you aren´t independently wealthy (such as from an inheritance), then chances are you are a part of the working class.

Now we can begin to see why the working class is so vital in the struggle to end capitalism and build a better, more just society. Through the sheer weight of numbers, we in the working class, if we are able to recognise our collective strength, can threaten the very existence of classes. But it is not through numbers alone that the working class has the potential to destroy this rotten system. As workers, we create wealth for the bosses each and every day at our jobs. Some of this wealth is returned to us in the form of wages, but much is stolen. This stolen wealth is often called ¨surplus value¨.

It is the accumulation of surplus value, stolen by our bosses, that forms the wealth of the ruling class. But because the goods and services that create this surplus value ultimately come from the hands and the brains of workers, through collectively withdrawing our labour, we can force the bosses to give in to our demands. In the short term, withdrawing our labour (in the form of strikes) can improve our wages and conditions at work, and increase the collective confidence and feelings of solidarity amongst our workmates. But in the long term, a general strike across all workplaces could ultimately be the first spark of a revolution, a time where we sweep away old injustices and usher in new forms of organising to create a society where no-one would suffer for lack of food, water or shelter, where we would all be able to contribute to our full potential and have all our needs fulfilled. Our fight for this, the fight of workers against bosses, is often called class struggle.

In this future society, production of all goods would be guided by our needs, not the drive for profit. Unhampered by an inability to afford higher education, or a need to provide financially for ourselves and others, we would each be able to work in areas which interest and fulfill us. Any undesirable work would be shared out equally amongst us all. Through a system of democratic mass meetings, also called councils, in our communities and workplaces, we would all have an equal say in making the decisions which affect our lives. All who contributed to this society to the best of their ability would be fully entitled to have their needs and wants met. Money would not exist, replaced by a gift economy, where all goods and services would be freely distributed without any need for barter or other forms of trade. Mutual aid would replace competition as the force between us. This future society, governed according to the phrase ¨from each according to ability, to each according to need¨ is known as communism.

In a communist world, there would be no reason to maintain the artificial lines which divide the working class today. Without borders, and therefore without states, all would be free to live wherever they pleased. As workplace and community councils will have taken over the running of our society, there will be no reason to have governments or politicians. The idea that the working class can control our own lives, without states, governments or borders, is also called anarchism.

But how do we get from our current capitalist society to a future anarchist-communist one? Here, we can learn much from past attempts such as the Spanish Revolution (which we will be watching a film about after this talk) in the mid-late 1930s, the Russian Revolution, including the experiences of anarchists in the Ukraine in the late 1910s, and the uprising against Soviet rule in Hungary in 1956. While learning from the successes and failures of anarchists and the broader working class movement is important, we must also be cautious not to blindly copy strategies and tactics without considering the differences between our current situation and theirs. During periods of intense class struggle, new forms of organising can be thrown up that may surprise everyone involved. Ultimately, we must never lose faith in the ability of working class people to organise themselves. We have created everything in this society, and this is just as true of forms of struggle as it is of material goods.

From the lessons of the past, we can learn that those in power will never give up control over society lightly. In order to destroy the current order, there will need to be a revolution, a time of great upheaval. The success or failure of this revolution will depend on many things, but the methods of organising it will have a major impact. A revolution controlled by a small clique can only result in a society controlled by that same clique. Therefore, if we want to create a society where control rests democratically in the masses, the revolutionary struggle itself must also be controlled democratically by the masses. Anyone nominated to do a particular task must be subject to instant recall, meaning that if they make a decision that goes against the mandate they have received from the councils, the councils can remove them from their position and nullify the decision. Ultimately, all final decision making power rests with the councils themselves, not with any individuals delegated to particular roles. This type of decision making structure is called direct democracy.

One of the key tasks to build towards a revolutionary situation is the building of working class consciousness and confidence. At present, most working class people don´t identify as such. Through collective struggle, we can begin to discover our common interests with other members of the class, and we start to recognise that those interests lie in direct opposition to the interests of the ruling class. At a really basic level, in the immediate term, we want to work less for more money, while the ruling class wants us to work more for less money. In New Zealand, since the 1980s, productivity has massively increased while real wages have stagnated or even dropped. In other words, we are currently in a period of class defeat. Through working collectively to better our daily lives, we can build up the confidence to take on bigger and bigger issues, ultimately leading to a revolutionary period where we can change the entire structure of society. These struggles are not limited to the workplace, but also encompass community campaigns – for instance for better access to services such as childcare and libraries, or in defence of services we already have, such as the struggle against user-pays charges on water. Struggles against forms of oppression such as sexism and racism that serve to divide us against each other are also vital if we are ever to recognise our full collective power and to enable the full participation of all members of society on an equal level.

While sexism and racism are hugely influenced by class society, they are not wholly owned by it. In fact, patriarchal societies predate the existence of capitalism. While class society enhances these oppressions, and uses them to bolster its own control over the working class, we must not let that trick us into thinking that these forms of oppression are solely due to capitalism, and will automatically disappear along with it. On the contrary, struggles against sexism and racism must be fought alongside those against class society. These struggles can compliment each other – for instance, standing alongside someone on a picket line, seeing clearly your common interest with them, can be a way to lessen or remove entirely your prejudice against them.

In all these struggles, we must be wary of those who would seek to co-opt our class power and redirect it to further their own interests. Politicians will often try to control community campaigns, promising to give us a victory if we vote for them in the next General or Local Body election. We must be clear that we can win without them, that by exercising collective class power we can achieve a victory on our own terms. Likewise, in workplace struggles, trade unions serve to function as a cork on class power. They help to ensure struggle never gets out of their control, often selling out the very workers they claim to represent. NGOs will seek to professionalise environmental and social struggles, encouraging us to sign their petitions or pledge weekly donations, thereby removing us from the struggle while bolstering their own claim to be the legitimate representative of the environment, women, queers etc. Above all, self-organisation of the struggle must be remembered as a key principle.

Working class unity and solidarity, across borders and social divides, is what will ultimately allow us to create a new world without capitalism or states. We do not glorify the working class – as human beings, we can never be perfect. But we, the working class, however flawed we may be, have created all the wealth in this society – we built the cities, vast railway lines and huge ships. We have created stunning works of art and beautiful pieces of music. We have cured diseases and prolonged life to an unprecedented extent. And together, if we realise our own power, we can finally take control of our lives, free from exploitation, alienation and oppression. This future, an anarchist-communist one, is truly a future worth fighting for.

This is the text of a public talk organised by the Aotearoa Workers Solidarity Movement in Wellington, New Zealand on June 10th 2010.

Zabalaza Books in South Africa have put this into an A4 trifold leaflet if anyone is interested - http://www.zabalaza.net/pdfs/leafs/leaflet_introduction_to_anarchist_communism_awsm.pdf 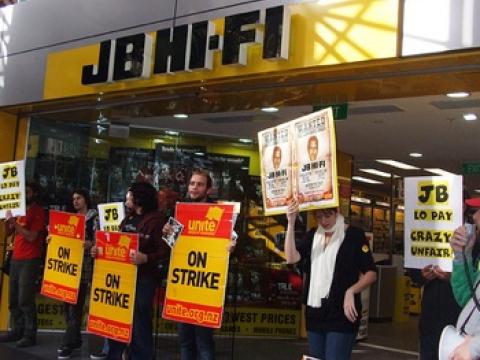 On the 16th of April retail workers at JB Hi-Fi in Wellington, New Zealand, part of a nationwide electronics chain, walked out of their workplace… 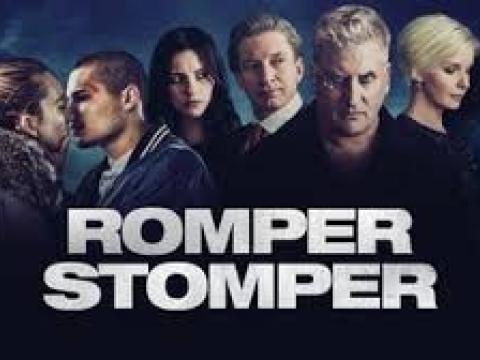 A short review of the TV series Romper Stomper. 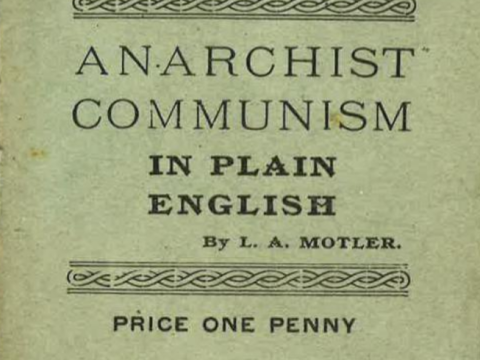 A short pamphlet produced by Leonard Motler in 1919.