Nurses across Ireland are taking strike action to support their claim for a 10% pay rise and a 35 hour week.

The actions, organised by the INO (Irish Nurses organisation) and the PNA (Psychiatric Nurses Organisation) which have a total of over 40000 members, have had two main elements so far. A well-observed work-to rule and a series of one-hour stoppages over the last three weeks in 11 institutions. The leader of the PNA said that while action was being stepped up and the one-hour stoppages would from now on take place in over 50 institutions the nurses had no plans to go on a total strike as in 1999:

"I think the employers would like us to move quickly to [a strike] because it would bring things to a head, Members are pleased with the campaign as it has been going. They are still going to work, they are getting paid, and they are ready to keep it up."

The 1999 strike won no pay increases for rank and file nurses but did create a new, higher-paid, rank of senoir nurses.

The HSE (Healthcare Service Executive) has admitted that the work to rule which includes refusal to conduct administrative tasks, such as answering phones and typing records of patient care into computers has caused it a lot of problems over the last three weeks, more so than the strike action. The Nurses' pay demands come against a backdrop of an inflation rate of 5.1% and massive increases in housing costs. The original, union-negotiated, wage agreement has been rejected by nurses.

Drivers on Dublin's DART rail network were on wildcat strike yesterday over the imposition of new rosters.
Image 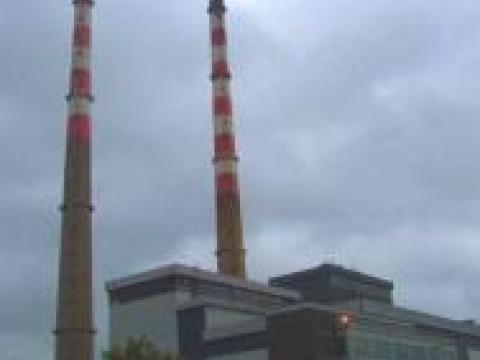