Article about Irish bus workers organising a fare free day on 18 July 2003, in which they allowed passengers to travel for free in protest against privatisation of the services.

It has arrived, the first salvo in a campaign by the unions and other interested parties to stop Seamus Brennan's privatisation plans in their tracks. For 24 hours, from midnight to midnight on Friday (18/07/2003), passengers will be able to travel for free on services provided by Dublin Bus, Iarnrod Eireann and Bus Eireann, as employees are refusing to collect fares and will instead provide passengers with information detailing the government's plans and outlining how it could affect their daily commute.

So, Cycling Is Easier?
It should surprise nobody that CIE top brass are up in arms about this novel form of industrial action, for a few days they even spread the rumour that passengers would not be insured to travel on the buses for free, this is not the case and the rumour was simply a scare tactic.

Furthermore, CIE management are appealing to people to stick to their daily routine, strangely asking cyclists to remain on their bikes and motorists to stay in their cars. If there has ever been a clearer indication of the management of CIE completely losing the plot, this has to be it. Coupled with the total misunderstanding of how road and rail transport works, as outlined in their annual report, they clearly show that if Brennan should 'reform' anything, it's the top of the CIE tree that needs trimming before moving onto the rest.

It's The Economy, Stupid!
CIE bosses claim the action will cost Dublin Bus €1.5m in lost fares. Considering that Dublin Bus claim traffic congestion cost a staggering €52m last year, surely taking a loss for one day would be worth it in the long run. If many people ditch their cars, yes there will be more people on the buses, but that means less cars on the road, so faster journey times for the buses, and the possibility that some car drivers may decide to keep using the bus, thus making money for Dublin Bus and also reducing traffic. This will save Dublin Bus money again, as more people switch to the bus. A fare-free day shouldn't be a cause for concern, on the contrary, we think it should be an event officially run a few times a year. After all, public transport isn't set up on the business model of making money, it's for getting people from A to B, so the economy as a whole can make money.

People like Seamus Brennan need to get it through their heads, it's 'okay' to take a loss while running a public transport system, as in the long run the economy as a whole will see a net gain, with workers arriving to their place of work on time, something which would inevitably lead to an increase in productivity. Such thinking is beyond Brennan and the mandarins down at the Department of Transport, who would rather wash their hands of the entire system and let private companies run it into the ground.

We've said it before and we'll keep saying it till somebody listens, Railtrack was a failure, London bus services are going down the toilet and there is not a single place in the world similar to Dublin which Brennan can use as an example of how privatisation (or 'franchising') would be good for the country. It's going to be expensive to run, it will lead to a crippled service and will drive more people back to their cars than anything the unions can do.

Brennan's Blurred Vision
Brennan is modelling his franchising scheme on the London bus system, but in London the transport regulator has to pay €5.60 per day to each bus driver to prevent them from leaving their jobs. In case there's any doubt, the drivers in question don't work for the British government, they work for a private bus company. Stranger still, London bus companies receive a state subsidy of 31% of their operating costs. Dublin Bus only gets 25%, which is the smallest state subsidy paid to a public transport operator in all of Europe and North America. Just to put the boot in, Dublin Bus had a surplus of €3.4m last year! Seamus, if it isn't broken, don't fix it.

So we have a bus company which operates across the entire city without making a loss, while receiving the smallest state subsidy of any bus company in the Western world. Why privatise it, when we can use they same effort to target change within the company itself to improve service even more, grant more road space exclusively to buses, reduce fares, make it more expensive for motorists to drive into the city. Privatisation of a public service simply does not, and by definition cannot, work.

Further Industrial Action
The fare-free day isn't the only action planned by the unions. There will be a day of protest on Tuesday, August 19th, which will include demonstration and possibly a march through the city. There are also stoppages planned for September 16th, October 14th and November 18th (which are all Tuesdays).

Interestingly, there is also a two-day strike planned to run on the 8th and 9th of December. For the uninitiated, December 8th is traditionally a major shopping day in Dublin, when most schools have a day-off and families travel to Dublin to do their Christmas shopping. One wonders if the ensuing chaos is really something the unions want to be associated with, but only time will tell.

Divide and Conquer
So the battle lines are drawn, and now the general public have a chance to join the debate, get all the facts, and make a judgement. If you don't want Brennan splitting Dublin Bus routes up among privateers and destroying any semblance of 'integrated' public transport, now is the time to raise your voice. 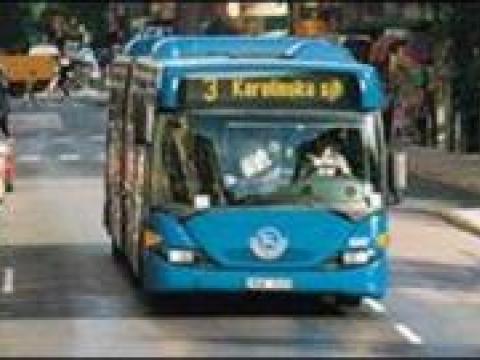 This weekend, bus passengers in Stockholm travelled for free as drivers refused to handle cash.