Comments about a minor controversy other Karl Marx in a video game.

In 2015 the company Ubisoft released another game in its Assassin's Creed franchise called Syndicate. The game was set in London in 1868 and some of its decisions caused a bit of a stir on social media and in the comments sections of video game websites. There were several different but often tangentially related controversies, but I'm only focussing on one, the inclusion of the minor character Karl Marx.

If your not familiar with the game series, don't worry the games themselves didn't have anything to do with this particular argument, all you need to keep in mind is that the game takes place in London 1868 and it has Karl Marx in it.

Right wing types were very angry about his inclusion, but that's to be expected and I'm not going to waste anyone's time on that one. Instead I'm focussing on another counter backlash from gamers whom either identify as Marxists or at least identify as pro Karl Marx in some sense. If you take a look at the above image you'll see the core of the disagreement. On the left is a representation of Karl Marx from the game, his character model and a quotation from one of his lines of dialogue, juxtaposed with a quotation on the right hand side. Essentially some Marxist gamers were accusing the company of a deliberate distortion of the man.

And having played the game and read some of Marx's work, I have to disagree. Some background info, the quotation on the left "killing people and destroying property solves nothing. Democracy is the only way to Socialism". Is said by Marx when he wants the player character (PC) to stop an anarchist friend of his from taking stolen explosives and trying to blow up parliament. As far as I'm aware Karl Marx never said that statement in those exact words, but I've not read everything he ever wrote so I'm not going to rule it out entirely. However when the statement is broken down into its two parts

Then yes it is very representative of the historical Karl Marx. Karl Marx and Engels were quite open about being resistant to terrorism carried out by individuals or small groups. To pick one example in 1867 just one year before the games setting there was bomb attack by Fenians in Clerkenwell, this is Karl Marx responding to it in Ireland and the Irish question

The last exploit of the Fenians in Clerkenwell was a very stupid thing. The London masses, who have shown great sympathy for Ireland, will be made wild by it and be driven into the arms of the of the government party. One cannot expect the London proletarians to allow themselves to be blown up in honour of the Fenian emissaries. There is always a kind of fatality about such a secret, melodramatic sort of conspiracy.

I'm honestly a little surprised that so many declared Marxists take issue with this part of the phrase since anecdotally speaking their views on these tactics were quite well known and many other well known Marxists developed it further. Trotsky for example wrote several pamphlets outlining what he called a Marxist case against terrorism.2

Onto point two, again its not hard to find both Marx and Engels talking about how necessary democracy is for the revolution. In principles of Communism written by Engels in 1847 an entire section is dedicated to this. Section 18 What Will the Course of this Revolution be?

Democracy would be wholly valueless to the proletariat if it were not immediately used as a means for putting through measures directed against private property and ensuring the livelihood of the proletariat. The main measures, emerging as the necessary result of existing relations, are the following:

The above is the opening remarks, the bolding is my own.

Now that's Engels, personally I'm not a fan of treating the two as conjoined, so what did Marx say? Well in 1848 in the Manifesto of the Communist league he had this to say,

We have seen above, that the first step in the revolution by the working class is to raise the
proletariat to the position of ruling class to win the battle of democracy.
The proletariat will use its political supremacy to wrest, by degree, all capital from the
bourgeoisie, to centralise all instruments of production in the hands of the State,
i.e., of the proletariat organised as the ruling class; and to increase the total productive forces as rapidly as possible.

Also in 1848 Marx gave a short speech commemorating the second anniversary of the Krakow insurrection. The speech was later called Communism, Revolution and a Free Poland. In the speech he rubbishes the claims of hostile European governments that the revolt was a communist one, i.e. an attack on property, but he does champion its democratic aims and at the conclusion notes positively that the rising has left a big influence on the Democrats of Europe and has sparked similar movements elsewhere.

The Krakow revolution has set all of Europe a glorious example, because it identified the question of nationalism with democracy and with the liberation of the oppressed class.

Even though this revolution has been strangled with the bloody hands of paid murderers, it now nevertheless rises gloriously and triumphantly in Switzerland and in Italy. It finds its principles confirmed in Ireland, where O'Connell's party [the Irish Confederation, founded January 1847] with its narrowly restricted nationalistic aims has sunk into the grave, and the new national party is pledged above all to reform and democracy.

Again it is Poland that has seized the initiative, and no longer a feudal Poland but a democratic Poland; and from this point on its liberation has become a matter of honor for all the democrats of Europe.

So its not entirely unreasonable that 1868 Karl Marx would say something like this, especially as an alternative to individual acts of terrorism.

Now there's also an interesting bit of context missing from the "real" Karl Marx on the right. The passage "We have no compassion and we ask no compassion from you. When our turn comes, we shall not make excuses for the terror. " comes from an 1849 edition of the Neue Rheinische Zeitung. Specifically the last issue of that paper because the Rhinish government had just ordered it closed and given the editor Marx, 24 hours to voluntarily leave the Rhineland or they would forcibly expel him. So understandably he was very angry, but more importantly is that he isn't talking about the final stages of the revolution. On the contrary the "we" and its "terror" is democratic social republicanism. He's attacking the noble class that ruled the German states, and he's threatening them with the spectre of a victorious republic.

"The history of the Prussian middle class, and that of the German middle class in general between March and December shows that a purely middle-class revolution and the establishment of bourgeois rule in the form of a constitutional monarchy is impossible in Germany, and that the only alternatives are either a feudal absolutist counterrevolution or a social republican revolution."

Why then your hypocritical phrases, your attempt to find an impossible pretext?

We have no compassion and we ask no compassion from you. When our turn comes, we shall not make excuses for the terror. But the royal terrorists, the terrorists by the grace of God and the law, are in practice brutal, disdainful, and mean, in theory cowardly, secretive, and deceitful, and in both respects disreputable.

So in a sense the "real" Karl Marx is supporting the views of the "fake" ubisoft Karl Marx, just in more explicit language.

Conclusion - Why on earth does this matter?

Well I'm not going to pretend this is an earth shattering opinion or an event that everyone must take a stand on. I'm only talking about this now because its been popping back up again. I just thought it was worth pointing out that we have a backlash against a depiction of Karl Marx for being phoney, and in process discovered that quite a few self declared Marxists aren't very familiar with the man or his ideas.

I'd just like to finish up here with my own comments on Karl Marx in Syndicate.

Its not perfect, reuses the reform word a bit too much for my liking, but considering he's a character in a video game that caters to a large mainstream audience and not made by overt Marxists, and is not trying to be a complete accurate record of historical events, its pretty good. Especially when you factor in that for many this will be the first time they've encounter Karl Marx directly. It probably goes a bit too far in presenting him as a do gooder, but Marx in the popular conciousness is still heavily associated with state terror and mass murder, thanks to the legacy of several regimes. So maybe pushing him in this direction is actually a good thing.

I don't know, here's a video that has all of his cutscenes; feel free to judge his depiction on your own.

It cuts out the speech he gives, but sadly the only videos I can find that keep that in have the player talking over it.

This is great, thanks for taking the time to write it! Agree that in the context, Marx was not a supporter of adventurist individual acts.

It's funny that that stuff is in a computer game!

I love your posts about gaming, Reddebek. This was a good read and you argue your points really well.

Thank you, I think its an area that's been largely neglected both as a media platform and industry. I've been thinking about compiling a list of games that have some class struggle content or commentary like the working class fiction and film lists. 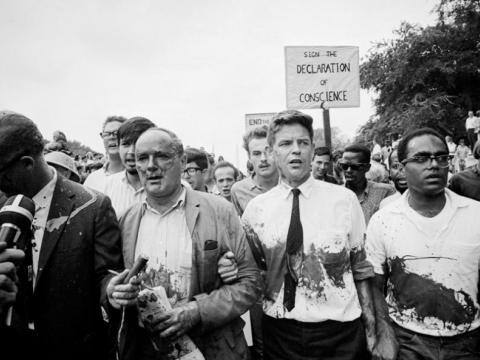 Notes that were taken in graduate school.

This essay delves into the often misunderstood topic of Marx's distinction between value and exchange-value. From Historical Materialism 6, Summer 2000.
Image 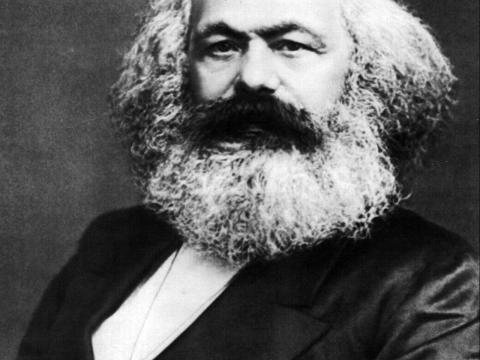 The significance and shortcomings of Karl Marx

In honor of the bicentennial of Marx's birth, this essay summarizes some of his contributions and explain in what respects he got his own ideas…