Royal Mail is braced for further industrial unrest, with unions expected to ballot more regions for strike action as early as this week. It follows the vote last week by postal workers in London to stage a 24-hour walkout this Friday.

With plans to privatise the state-owned group in disarray, Jonathan DeCarteret, from the consultancy Post-Switch, is predicting that the London vote will prove to be the "starting pistol in a long summer of industrial strike action".

The Communications Workers Union, which represents most of Royal Mail's 150,000-strong workforce, says the company is making "arbitrary cuts" without its agreement. Royal Mail, in turn, argues that the union keeps resisting changes under its modernisation programme.

Industrial disputes at Royal Mail are nothing new. In the autumn of 2007, the CWU organised a series of national strikes in protest over changes in pay and working conditions. But this latest round of action comes at a critical time for Royal Mail. The government has drawn up a controversial plan to part-privatise the group by selling a minority stake to a private sector competitor. Indeed, for ministers, one of the big attractions about the sell-off is that it would make the difficult industrial relations someone else's problem. The idea was that a private sector operator would be immune to the kind of political pressure being brought to bear on the government and would be more able to push through radical changes - and huge job cuts.

Now the plan looks likely to be ditched under political pressure. But even if ministers back down, they will have to come up with an alternative plan to turn Royal Mail into a viable business. While it made an operating profit of £321m last year, its estimated £10bn pension deficit means it is technically bust.

The company is desperately inefficient compared to its rivals. For example, its postmen and women spend about two hours a day sorting their letters - by hand - into the right order for delivery. Privatised European companies - themselves mostly former state-owned monopolies - use sequencing machines to automatically order most of their mail.

The government, which has promised to plug the pension deficit, will demand big changes in return for doing so, even if it stops short of privatisation.

As mail volumes decline, Royal Mail has already cut about 40,000 jobs in recent years, by not replacing people leaving the business or offering generous voluntary redundancy packages. It has promised the union not to make any compulsory redundancies. But one industrial relations expert claims that behind union resistance to modernisation is a fear that as the company becomes more efficient, it will run out of people prepared to take voluntary redundancy, and compulsory job losses will result. "The gulf between Royal Mail management and the CWU is pretty wide," he says. "It's very hard to see them being able to find a compromise."

The question now - for the union and Royal Mail - is whether they can bury the hatchet and agree a cost-cutting modernisation plan as a viable alternative to privatisation.

Why can't we just try to get along?!

There's not likely to be pickets anywhere, like the depots?

When they strike there are usually picket lines at all sorting offices.

So did the strike happen then?

Yeah it did, although most, if not all of London, was unaffected.

A worker at the depot told me they had no plans to strike when I asked them prior to the Friday.

Three-day strike in London on going at the moment - started Wednesday and finishes at the end of today.

We got e-mails about it at work, but not sure about how much effect it is having. We got one thing in the post yesterday at home, but then not sure which workers the strike is affecting. I'll look it up... 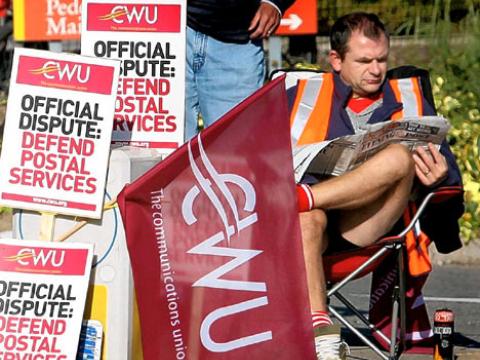 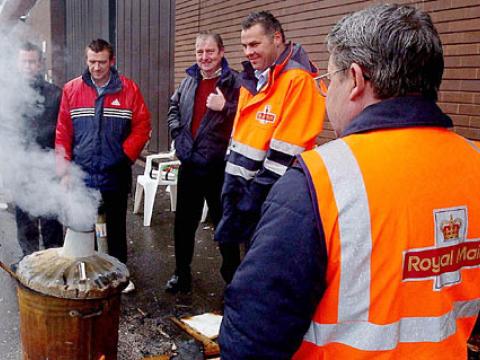 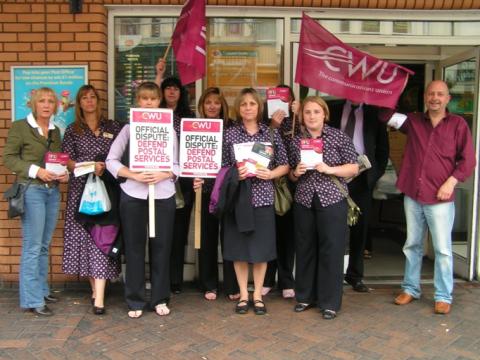 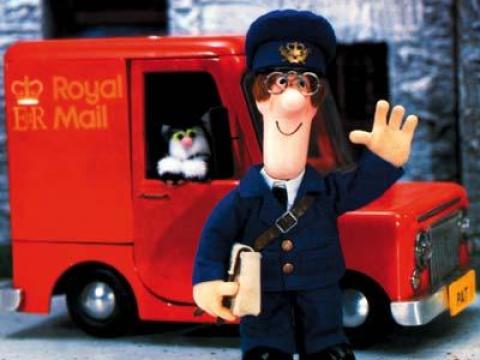