Looking back at Obama’s bailouts: HAMP

As Obama leaves office, a quick look back at a little known chapter in his administration reveals much about his presidency.

On February 24th, 2009, President Barack Obama made his first address to a joint session of Congress. Appropriately, the first topic of the evening was the financial crisis. Seeking to distance himself from the unpopular initiatives implemented by his predecessor, Obama promised a more progressive approach towards tackling the crisis, one that sought to help the general public first and second, and banks third and only because it was important to increase lending.

First, we are creating a new lending fund that represents the largest effort ever to help provide auto loans, college loans, and small business loans to the consumers and entrepreneurs who keep this economy running.
Second, we have launched a housing plan that will help responsible families facing the threat of foreclosure lower their monthly payments and re-finance their mortgages. It’s a plan that won’t help speculators or that neighbor down the street who bought a house he could never hope to afford, but it will help millions of Americans who are struggling with declining home values – Americans who will now be able to take advantage of the lower interest rates that this plan has already helped bring about. In fact, the average family who re-finances today can save nearly $2000 per year on their mortgage.
Third, we will act with the full force of the federal government to ensure that the major banks that Americans depend on have enough confidence and enough money to lend even in more difficult times.

I hope to address points 1 and 3 in subsequent posts, but for now I want to look at Obama’s second action point, his plan to, “help responsible families facing the threat of foreclosure lower their monthly payments and re-finance their mortgages”.

Obama’s plan to help struggling homeowners manifested itself in the Home Affordable Modification Program (HAMP). If anyone mentions HAMP anymore, it’s typically in regards to how it inspired CNBC anchor Rick Santelli’s famous rant on the floor of the Chicago Mercantile Exchange, when he called for a “Chicago Tea Party”. Slapped together over a short period of time, the idea behind the program was to allow homeowners to apply to their servicers for a reduction in their mortgage payments, with the government promising the mortgage servicers (typically subsidiaries of large banks) that they would be paid for participating in the program.

As former Special United States Treasury Department Inspector General Neil Barofsky explains in his book Bailout: An Inside Account of How Washington Abandoned Main Street While Rescuing Wall Street, the servicers soon began abusing the program. They learned that they could convince borrowers to stay in their trial modification for months, even a year or more, and then all of a sudden drop them from the program if they claimed a single document was missing from the application. In this way servicers could charge the homeowner for late fees from the trial period, in addition to receiving HAMP funds. As Barofsky explains

If the modifications were made permanent, Treasury required the servicer to waive the fees, but if the servicer canceled the modifications (say, for example, for the borrowers’ alleged failure to provide the necessary documents), the services could typically collect all of the accrued late fees once the homes were sold through foreclosure…As a further incentive for bad behavior, Treasury gave the servicers permission to take all the preliminary legal steps necessary to foreclose at the exact same time that they were supposedly processing the trial modifications. Though servicers technically weren’t supposed to actually foreclose while a trial modification was pending, they reportedly were doing so anyway. The abuses didn’t stop there, though. One particularly pernicious type of abuse was that servicers would direct borrowers who were current on their mortgages to start skipping payments, telling them that that would allow them to qualify for a HAMP modification. The servicers thereby racked up more late fees, and meanwhile many of these borrowers might have been entitled to participate in HAMP even if they had never missed a payment.1

A class action lawsuit filed against Bank of America revealed that low-level employees at the company had employed these practices as a matter of unofficial policy, and that employees who lied to borrowers and the Treasury Department about the status of HAMP applications were rewarded with Target gift cards.

Bank of America would simply throw out documents on a consistent basis. Former case management supervisor William Wilson alleged that, during bimonthly sessions called the “blitz,” case managers and underwriters would simply deny any file with financial documents that were more than 60 days old. “During a blitz, a single team would decline between 600 and 1,500 modification files at a time,” Wilson wrote. “I personally reviewed hundreds of files in which the computer systems showed that the homeowner had fulfilled a Trial Period Plan and was entitled to a permanent loan modification, but was nevertheless declined for a permanent modification during a blitz.” Employees were then instructed to make up a reason for the denial to submit to the Treasury Department, which monitored the program. Others say that bank employees falsified records in the computer system and removed documents from homeowner files to make it look like the borrower did not qualify for a permanent modification.

By 2011, servicers had dropped over 700,000 homeowners from the program while they were on a trial modification. Permanent modifications, originally intended to reach 3 to 4 million homeowners, only applied to some 800,000 as of 2015.

"‘It's amazing,’ says Paul Kiel, who monitors bailout spending for ProPublica. ‘It's probably one of the biggest failures of the Obama administration.’" By any stretch of the imagination, the program failed to achieve its stated goals. It hurt homeowners just as much, if not more, than it helped. But as Barofsky writes in his book, the program was actually a success from the government’s standpoint.

We learned that when, later that fall, we were invited to another oversight meeting with [Treasury Secretary] Geithner, [the Government Accountability Office], and the [Congressional Oversight Panel]. For a good chunk of our allotted meeting time, Elizabeth Warren grilled Geithner about HAMP, barraging him with questions about how the program was going to start helping home owners. In defense of the program, Geithner finally blurted out, ‘We estimate that they can handle ten million foreclosures, over time,’ referring to the banks. ‘This program will help foam the runway for them.’

A lightbulb went on for me. Elizabeth had been challenging Geithner on how the program was going to help home owners, and he had responded by citing how it would help the banks. Geithner apparently looked at HAMP as an aid to the banks, keeping the full flush of foreclosures from hitting the financial system all at the same time…From that perspective, it didn’t matter if the modifications failed after a year or so of trial payments or if struggling borrowers placed into doomed trial modifications ended up far worse off, as long as the banks were able to stretch out their pain until their profits returned.2

In short, the program failed to achieve its stated objectives because the Obama administration never cared if it succeeded. HAMP was never intended to help homeowners, it was merely supposed to allow banks to mitigate their losses during the worst period of the crisis. If servicers could pick up a little extra money along the way, all the better.

Just another chapter in the Obama legacy.

Great stuff, I hadn't heard what happened with this other than the initial pronouncements.

That would be great if you do some other articles looking at different bits of his legacy as well! Loads of people are posting things now about how great he was (it's true I guess he does look a lot more rosy considering who is coming next), without actually thinking about what he actually did (and didn't do) while in office

Thanks guys, @Steven will try to do some more Obama posts. Hard considering that he was an extremely hands-off president (except on immigration, which he was hawkish on). He was pretty status-quo neoliberalism. He neither wanted to destroy the social safety net or rebuild what was already destroyed by previous administrations. Quite media savvy of course so he remains pretty popular.

I think I've got some things to write on though 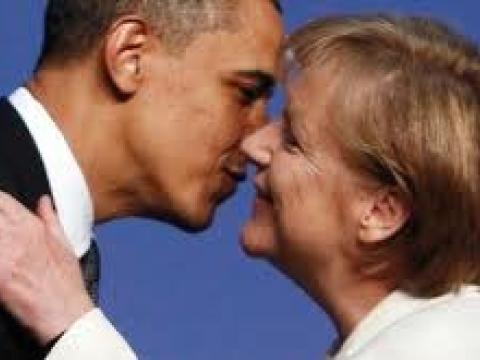 In this 2012 article, Robert Kurz discusses the crisis management strategies implemented by the US and Europe, their seemingly paradoxical… 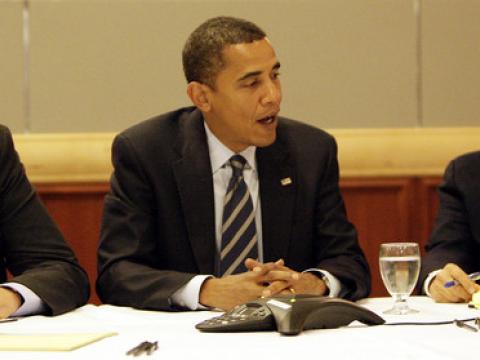 Barack Obama and the triumph of neoliberalism 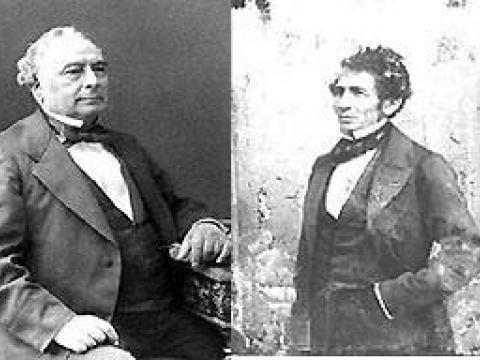 Fictitious Capital and the New-Fangled Schemes of Public Credit

The text of talk by Marx's theory of fictitious capital, capital accumulation and the current…