“Make a foreshortened critique of capitalism history!” - A Reply - The Wine and Cheese Appreciation Society of Greater London

The Wine and Cheese Appreciation Society of Greater London reply to TOP Berlin's article in issue 1 of Shift. They seek to complement this analysis by developing a critique of the role of the state. Originally published in September 2008.

In the very first issue of SHIFT magazine the Berlin-based group TOP delivers fragments of their critique of the anti-G8 mobilisation in order to “make a foreshortened critique of capitalism history” (TOP). A sympathetic cause indeed to challenge antisemitic currents and nationalist floods (not only) in that movement.

Unfortunately TOP fails to deliver an appropriate critique of those positions. Whilst in some cases moral appeals and warnings replaces a proper critique, they provide a wrong explanation in some other cases. In this reply we aim to provide arguments against these shortcomings hoping to aid TOP’s cause which we subscribe to. Thereby we will concentrate on what we believe to be TOP’s main fallacy: Their underestimation of the state’s role in preserving capitalism. TOP rightfully refuses “economistic and personalized (state-conceptions)” within the anti-globalisation movement and writes: “one of the inherent dangers of this logic is to fall into anti-Semitic stereotypes”. They then go on by giving a brief overview of history and substance of the antisemitic world-view.

However, TOP does not sufficiently detail their position on what capitalism is, why and how so many protesters come to a wrong differing conclusion about it and how this involves antisemitism. However, we believe that these details are crucial to defeat a foreshortened critique of capitalism. The brief remarks about their understanding of capitalism are: Capitalism is a “process, which arises following its own structural logic without a particular leadership”. Discussing whether and how protest against a meeting of the most powerful states in the world is reasonable TOP writes that “domination has neither name nor address”.

We think that this position is a consequence of TOP’s failure to understand the democratic state, its elected agents and its objects of government: the people. First, in order to develop our critique of this position, we have to make a step back and state some results which we probably all agree on: In capitalism the satisfaction of personal needs is not the purpose of production. For example because food is private property of a grocery store owner, one’s hunger is not a sufficient condition for gaining access to that food. Store owners don’t stock food to feed the hungry but to make a living.

The first principle of capitalist interaction is free and equal trade or in less palliating terms: without giving there is no receiving. So only if a store owner sells enough stuff this month he might be able to make a living with his store next month. This is complicated by the fact that there are many grocery stores around competing to attract buyers who in turn dispose only about a limited budget. This competition exists on all levels (jobs, customers, markets, etc.) — it is universal — and also involves global corporations, they too compete for customers. If they fail, they go bankrupt. To survive in universal competition they improve their production and increase the absolute exploitation of their workers (prolong the work day, more intense work, lower wages).

Capitalism is a labour divided society which means that the producers depend on each other: A farmer needs tools, the tool maker needs raw materials, and miners need food. Under the dictate of private property this interdependency is not resolved in a conscious common plan but each agent is depended on each other’s arbitrariness. In this situation — being subject to other’s free will — it is indeed best practice to always strive for one’s best result.

Insofar universal competition is logical in capitalism. This is probably what TOP would call “structural logic”. A position which wants to preserve the free market and private property in the means of production but singles out capitalists or corporations for their ‘greedy’ and immoral behaviour is therefore indeed a wrong personalised conception: “the notion misconceives that in capitalism the economic actors are following a rationality that is forced upon them by the economic relationships themselves.” (TOP)

But: Heiligendamm was not a meeting of grocery store owners, farmers or factory workers but a meeting of heads of states. A store owner (or any capitalist) and Gordon Brown fulfil some very different roles for capitalist reproduction. Gordon Brown’s government’s decisions reach to (and beyond) the borders of this country, the decisions of a capitalist affect his own store/factory and maybe the shops he competes with. Furthermore, the capitalist — regardless if he produces, sells, etc. — has to obey to the rules of private property, while the government formulates and enforces these rules. Thus the state causes all the messy business. Note that those without considerable personal effects, too, have to obey to these rules, though without being able to use them to their advantage. Because of this relationship between citizens and the state asking what the rights of the citizens are is of importance. In contrast, when nation states decide to treat each other like “juristic persons” (TOP) they are only limited by their own choices. Thus considering whether the most powerful states in the world can “‘freely’ and ‘equally’ arrange informal meetings” gets pointless. There is no monopoly of force that can grant or withhold this right.

On a side note: TOP’s counter to the anti-globalisation movement’s claim that G8 is illegitimate misses the point when they discuss whether the meeting is legal or not. To fulfil the crucial duty of granting private property the state has to be sovereign with respect to his subjects. How sovereign a state is depends on how much it pushes its monopoly of force through within its borders and its interests beyond its borders. The last requires military might or the power of economic extortion and the G8 is a meeting of states which generally don’t have a problem in those departments. This does not imply on the other hand that there are no other states with a significant military force or economic power. However, in many other states most of the sources of national wealth are in the hands of foreign capitalists and every government — whatever the intent — which touches this property is confronted with the US and EU.

Thus even though state actions are somewhat limited by the international community of states (read: mainly G8) the limitations of a capitalist and a state (including its personal) are very different. For example, the EU has limited the free exchange of crop and subsidises its farmers to make sure it is independent of foreign food suppliers. Other examples are road works, public education and public health. Those sectors are not completely subject to the invisible hand of the market because the state decided to regulate the “free market” according to its interests. Or consider any embargo or war in which a state practically negates possible business interests of its national capital. Exactly, because state has not to succumb to the “structural logic” of capital it can provide the “particular leadership” necessary to perform “domination and exploitation” “within and through these forms [democracy and law]” (TOP).

Note that using this result to demand a radical change in politics from the government would be foolish. First, the state agents believe in freedom, democracy, and capitalism and so do the parliaments which appointed them. Also those parliaments are re-affirmed every once in a while by the people of their respective countries via elections. Governments have a purpose which is documented in their respective constitutions, abolishing capitalism altogether is not part of those constitutions and even if Gordon Brown was convinced to stop the madness of capital and nation he could not do it. Modern states have safety measures to make sure a government does not go rough — in either direction — like ballots and if necessary the state of emergency where democracy and freedom are suspended in order to preserve the state.

Capitalism is neither a conspiracy of a few nor a “process … without a particular leadership”. It is neither a process without leadership because there is a government but nor is it a conspiracy of the few because the government is bound to the constitution and law. The anti-globalisation movement generally approaches this problem from a totally different angle. Instead of asking how and why the world is set up, they compare state and capital with their ideal of it. Consequently, this movement either demands “better politics” or has lost trust in the political class and aims to replace it. As there is no interest in understanding how democracy, freedom and equality preserve exploitation and domination the anti-globalisation mainstream keeps searching for violations of those high principles. If the system itself is not flawed there must be some external source for all the trouble: corrupt politicians, greedy bosses, loss of culture. This search for external jamming sources is where antisemitism has some “answers” to offer. 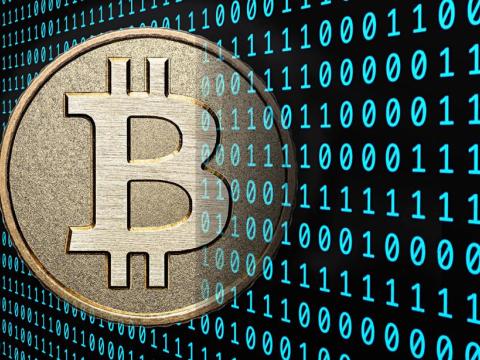 Bitcoin is a decentralised digital currency, functioning without a central bank. But does it actually differ from "real" money, and can it help…