A translation of Lopez Arango, theorist of the FORA, on the question of industrial organization and industrial unionism. Here he defends the FORA's position of rejecting unions as vehicles for post-capitalist society, the allegedly progressive nature of capitalist industry, and the organization of workers organization based on industry. This short piece can't make up for the broad and important debate that happened within global anarchosyndicalist circles in the 20-30s, however it represents what may be the only direct source material on the subject in English. Please excuse the flow of the text, his language is quite difficult and the translator is an amateur, resulting in a clunky read.

To distinguish ourselves from the primary defenders of industrialism[1], who accept as a “system” the union for the organization of the proletariat, we have come out against those who give exceptional importance to the “economic environment” at the expense of the ideological factor that determines and magnifies all the conscious actions of peoples. We assumed then that proponents of the IWW system and the partisans of the unicato [2] opposed to trade unions, those similes of capitalist centralization, not because there was in unionism the means and end of all social struggle, but because they considered worker industrialism as a result bourgeois industrialism and it should appeal as a last resort for workers in the more developed industrial countries.

Placed on the terrain where experience is shaping the order of ideas, behavior, and activity of every individual, and taking into account the necessities of daily struggle and the immediate conquests, alleged by the defenders of industrialism, we circumscribe our criticism to those simple economic reasons. Therefore, while we say that they give too much importance to the “system” looking from our “reality”, in the social environment in which we live with the characteristics of an agricultural country, we studied the conditions of our workers movement and arrived at the conclusion that industrialism constitutes a tactical error and didn’t even respond to the alleged needs imposed by capitalism on workers in other countries. The discussion around industrialism, ill conceived and poorly outlined by its defenders, stopped being only a matter of simple details and became a real ideological problem. And it is in this phase of the question that we are interested in elucidating, as this “economic system for the economic struggle” entails a danger for anarchism that carries with it the seeds of authoritarian and materialist marxism.

When speaking of a “system” a means is transformed into an end [finalidad]. The industrialists entrust to the workers union the double task of fighting capitalism and creating “the new world within the shell of the old”. Do they transform that which for us is only a means to struggle? They do not. The system to them is everything, because it involves simultaneously an ideological conception and the material for the reconstruction of society after capitalism’s expiration.

The industrialist conception has historical materialism as its ideological source. Based on the supposed experience of prior revolutions, it is nothing other than the result of the industrial centralization of the trustification of the economy operated for the development of the machinery of the absorbent power of the “economic means” employed by the plutocracy to subjugate the proletariat. If the working class, instead of striving to break this vicious cycle and liberate itself from the massive gears of this industrial machine, is determined to maintain the whole system of capitalist exploitation, is it possible to someday become emancipated morally and economically?

Emancipation isn’t a problem of mechanics nor an issue that can be resolved through technical means. A worker may be able to run a factory or put in motion all the machinery of an industry, but there isn’t in those attitudes the moral capacity to prevent servility and elevate oneself to a higher level.

The means of struggle may respond to specific needs and obliged consequence of inescapable economic constraints. However industrialism isn’t a means of action; it is an end that has in it the doctrine and “system” to combat capitalism and supplant it in the management and organizations of the economic life of the peoples. Can we, the anarchists, then accept “the innovation” that the industrialists offer us? That would be to accept the Marxist theories and foster a revolution as incomplete as that realized by the Russian Bolsheviks.

We are obliged to analyze the merits of social theories that inspire the diverse modalities of the contemporary workers movement, because otherwise would be to accept the interiorities offered to us by the struggle against capitalism. And it is known that, although all the revolutionaries occupy the same plain of action against the bourgeois state, not all tendencies agree on the form of the solution to the human problem. Workers industrialism is the antithesis of capitalist industrialism. But that antithesis only has value as a means for the struggle of classes, as a revolutionary conception it merely changes the managers while conserving the instrument of domination and exploitation.

Don’t confuse then the means of struggle, an effect of a cause that should be combatted in itself, with the whole political and economic system that eludes the cause to combat the effects. Industrialism is an anti-capitalist theory subordinate to the marxist conception of the struggle of classes, so it aims to create a “new society within the shell of the old” and for this also claims all power to the unions after the revolution. Is it possible that an anarchist, alleging necessities imposed by capitalism or claiming that experience indicates that tortuous road, could hold that the industrial unions are a vehicle of emancipation and liberation of humanity?

No, don’t delude us with the picture offered by industrialism, as it is the ultimate Marxist “camouflage”. And those who believe that the revolution will be constructing a new building on the foundations of the old state barracks, ought to have at least the sincerity to say that their positivism puts it on a materialist terrain that rejects all utopian conceptions.

[1] By industrialism Lopez Arango is describing a tendency of syndicalist thinking of the time. He is picking out a few ideas here from that milieu including IWWs, others in the IWA-AIT unions, and syndicalists and anarchists more broadly. His target is those arguing for building unions based on the industrial structure of the economy (industrial unionism), the idea that unions should serve as the vehicle to reorganize post-capitalist society (new world within the shell of the old), and that industry represents a progressive force. Lopez Arango and the FORA advanced a critique of industrialism that today has currency amongst the libertarian left a half century before others seriously considered it. In rejecting these ideas, the FORA put themselves on the sides of seeing anarchist communism as the total transformation of society, including both the industries and organization of society created by capitalism as well as the vehicles of struggle to take humanity beyond it. These points became a major point of debate within the IWA-AIT. Excellent coverage of that debate in English is available from Black Cat Press’ printing of Vadim Damier’s Anarcho-syndicalism in the 20th Century. Specifically Chapter 8 covers the debate with FORA and may be read at libcom, though I encourage others to buy the whole book both for its great content and to support the publisher keeping rare items like this in circulation.

[2] A political movement of centralization in Argentina versus the provincial powers.

Emancipation isn’t a problem of mechanics nor an issue that can be resolved through technical means.

This is a translation of a piece by Emilio Lopez Arango on the issue of the orientation and leadership of the unions. Lopez Arango explores the roles of revolutionaries, and at the center of his argument is how the process of struggling, and all the elements created therein, should drive our political perspective.
Image 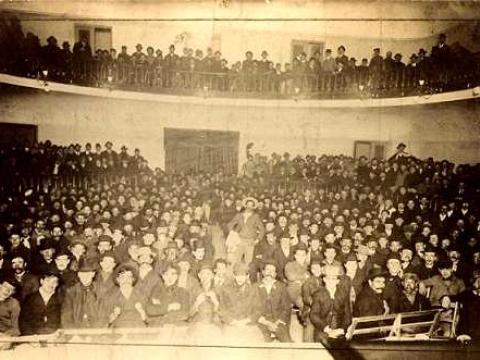 This piece has a number of intriguing ideas that were circulating in the FORA. Lopez Arango counterposes a static view of unions and anarchism to…
Image 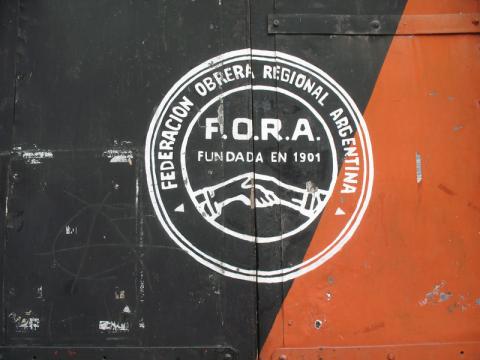 This is the translation of the first chapter of an essay in an out of print text by Emilio Lopez Arango, one of the premier theorists of the…
Image