March 23, 2010 -- Twenty years ago, at Namibia's first independence celebrations on March 21, 1990, many people would have shared the hopes and the euphoria of the moment. People thought that something good would come to us if we kept our peace and relinquished all the power to "the few who knew". Now that terrible hangover is wearing off and time has enforced a certain sobriety on us: the brutish reality of a rapidly falling life expectancy, unprecedented epidemic crises, poverty, vast malnutrition, a ruined education system and chronic mass unemployment, is inescapable.

Yes, there have been achievements: for some people with connections or capital or a lot of luck, life has improved as they moved into the other side of town, but for most citizens life has become meaner and shorter. There is a breakdown of all social and municipal services and a growing chauvinistic brutishness about the bureaucracy. At the same time we are witnessing a new desperate scramble for Africa's mineral wealth, that will make the evils of 19th century colonialism look pleasant in comparison. So let it be said, the struggle is not over.

We must speak the truth to power, insisted the Palestinian scholar, Edward Said. And in Namibia the truth is that there is actually a war going on, a secret war, a war of the rich against the poor.

Now the ruling class and the ruling South West African People's Organisation (SWAPO) party have chosen their team for parliament, but the poor and unemployed, the destitute and the diseased, the hungry and depressed -- though still pacified and disorientated by the shock of post-colonial economic reality - remain a lurking threat to the established order of extracting our natural wealth. Although there is a call for all to pull together as a nation now, there are many forces more strongly pulling us apart.

The ideological hegemony and control of the nationalists is not as strong as it was two decades ago when the whole world was celebrating "the miracle". Because even now there is no clear way to resolve the outstanding tasks of the national democratic revolution under SWAPO (or the African National Congress in South Africa) leadership. The land and natural resources are still under foreign ownership and control and the majority live in a concentration of shacks. This very day, after returning from Namibia's celebrations South African President Jacob Zuma was faced with masses of people marching for houses, jobs and a decent life in Durban.

Today SWAPO does not claim to be leading the Namibian revolution. The party has gone over entirely, decisively and openly to the side of global capital and actually facilitates the extraction economy as the party of law and order, so it acts not so much as a representative of the people, but rather performs an "overseer", or managerial function on behalf of Western capital. This is reflected above all in the government's neoliberal economic strategy, which involves giving everything up to the highest bidder. That much is becoming clear to everyone. Today we are faced with an even greater threat to our health and safety as government begins to soften up and open up the country to whore itself to the world as an easy source of uranium.

For all these terrible reasons the representatives of capital, in the form of an emerging national capitalist class, must come more and more into direct conflict with the people who are bearing the brunt of so much exploitation and inequality. The reason being that increasingly the conflicting class interests that separate the political elites from the masses of rural and urban poor, make rubbish of the notion that the elites represent the national interest, as they are openly seen as allies and accomplices of international capital, so the workers who have to pay for it all, including the accompanying pomp and ceremony, are forced to rethink our position, because not only our jobs, but often our very lives depend on it.

If we scratch beneath the surface of this idea of the "national interest", we find that it refers to the partial interests of the ruling class and economic interest groups. Radical analysis has been suppressed from the national debates in the mainstream, but we must persist in presenting the perspective from the left and show that unbridled capitalism is at the core of the social contradiction and crisis engulfing, and indeed devouring, the country.

This is not an isolated view. As a baromoter of international opinion one need only refer to the motion [debated by the Friends of Namibia and the Royal African Society] at the Houses of Parliament in London on March 18, which proposed that Namibia is a shining example of democracy, good governance and post colonial development. It was voted down.

The point is for us not to base ourselves on vague hopes and fantasies, nice as they may be, but on our real historical experience. Our history is contested, that is true, but it is being reclaimed and rewritten from below. That is a basis for reclaiming our future. Based on the experience of the past 20 years, the working class must prepare itself for a period of renewed struggle as we face attacks on our living and working standards; we must prepare for renewed struggles to defend our communities from the causes and effects of superexploitation and from privatisation of services. We will have to struggle for a renewed understanding that only the combined force, effort and will of the working class can solve the cause of economic inequality and lead the oppressed people of the country out of this crisis.

[Jade McClune is an independent researcher and former coordinator of the Archives of Anti-Colonial Resistance in Windhoek. He writes for the online journal, The New Worker.]

thanks for this, it's great to get articles about countries we don't hear much about in Europe 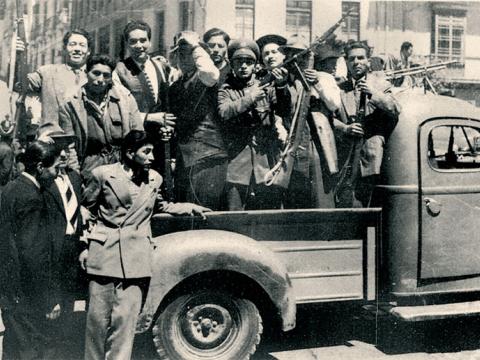 Anti-capitalism or anti-imperialism? Interwar authoritarian and fascist sources of a reactionary ideology: The case of the Bolivian MNR 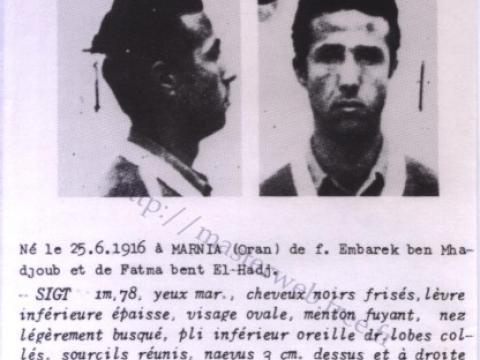 Ben Bella, a leading figure in the Algerian Front Liberation Nationale during the struggle against French colonialism, speaks of his…

Libertarian/council communist group Subversion argue against support for either side in the Gulf War.
Image 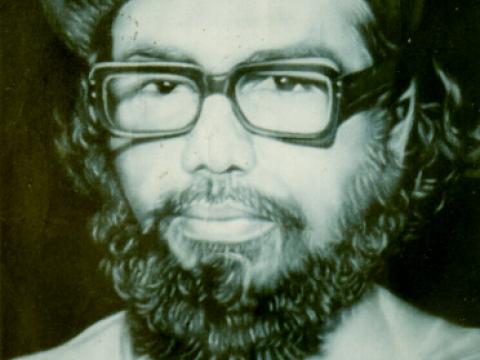 Originally published by Solidarity in their pamphlet "Ceylon: the JVP Uprising".