"Globalization" has finally come to the military. This means massive downsizing, even more privatization, the slashing of health benefits for soldiers, and a major push in the direction of drone based warfare.

In mid 2011 a “supercommittee” of Democrats and Republicans was formed with the task of developing a plan to cut the deficit by $1.2 trillion dollars over the next ten years. The Budget Control Act stipulated that if the committee failed to reach such a plan, across the board spending cuts would be made in every sector, including defense. Well, of course, since the Republicans are completely insane (whereas the Democrats are just horrible people), no agreement on spending cuts was reached. So, seeing as “defense” spending constitutes at least half of all government spending, and $1.2 trillion needed to be cut, “defense” spending was slated for $650 billion dollars in budget cuts. Now, for some reason the way this was reported in the corporate media was that Obama was proposing massive cuts to military spending. What Obama actually did is to intervene in this process and say that the $650 billion dollars in cuts was too much. Obama intervened and made his own proposal to cut the defense budget by $480 billion dollars, so in fact Obama intervened to save the Pentagon et al. $170 billion dollars. This is far less than the budget cuts made in the 1990s, which were after the end of the Cold War. Benjamin Friedman, a military analyst at the Cato Institute told The Fiscal Times that, “The administration has decided to do a minor trim in its planned defense spending.” In fact, since Obama’s version of the cuts really only apply to the Pentagon’s proposed 10-year budget, the new spending cuts will actually see the Pentagon’s budget higher in a decade than it was in 2012. As Obama puts it, “Over the next ten years, the growth in the defense budget will slow, but the fact of the matter is this, it will still grow.” Of course, this same logic did not apply to the spending cuts for other government services.

Well, what is quite interesting about all of this is that Obama took this opportunity to unveil his new vision of the military. As Obama proudly proclaimed while unveiling his new military strategy, “We’re turning the page on a decade of war.” Yes, we are, and we are opening a new page in the decade of unmanned aerial slaughter. Obama is proposing that budget cuts be focused on cutting actual live troops from the military; some 490,000 of the nation’s 1.6 million troops to be exact. In exchange the administration plans what they call eliminating “outdated air systems”. Defense Secretary Leon Panetta is promising a “leaner” force that would be “more agile, more flexible…innovative,” especially in “new technologies like ISR and unmanned systems”.

In fact, these proposals are just a furtherance of the ideology outlined by the neocons during the Bush administration. Alexander Cockburn writes in the London Review of Books that the Obama administration's proposals are outlined in a speech made by George W. Bush in 1999. “’Our forces in the next century must be agile, lethal, readily deployable,’ he said. ‘Our military must be able to identify targets by a variety of means, then be able to destroy those targets almost instantly…We must be able to strike from across the world with pinpoint accuracy…with unmanned systems.'" Bush, or at least his speechwriters, were envisioning a military with far fewer employees, and more reliance on the corporate sector.

When Rumsfeld was appointed defense secretary under Bush, he was very keen on this transformation and downsizing of the military. Naomi Klein details this process in The Shock Doctrine. She writes that Rumsfeld envisioned a military that was nothing but a hollow shell. One that had very few live soldiers and that mainly contracted its work to such companies as Lockheed Martin and Halliburton. Rumsfeld also desired to bring the corporate culture into the military. He went so far as to propose cuts to veteran’s health benefits, a “sacred cow” for the military. Some of these proposals had to be scaled back due to 9.11, but what we see now is Obama more fully implementing Rumsfeld’s vision. Just as Rumsfeld envisioned, the military is finally being downsized, put even more in the hands of weapons manufacturers, and is attacking its employees with cuts to health benefits and reduced wages.

Of course the problem with Rumsfeld’s, and now Obama’s, strategy to neoliberalize the military, is that from a military standpoint it is a complete disaster. The unmanned aerial drones that the military is so keen on using are unbelievably expensive to operate. Not only that, but the drone strikes actually have a reportedly sharp negative effect on “security”. As Cockburn writes in the London Review of Books:

In 2007, an intelligence unit in Baghdad called the Counter-IED Operations Integration Center analysed hundreds of these [drone strikes] and concluded that most of them had ‘no detectable effect’ on the enemy. They investigated the records of two hundred official killings of high-value targets in Iraq between 2005 and 2007 and discovered that in the areas where the ‘hits’ had taken place roadside bomb attacks had gone up, not down: attacks within three miles of a targeted killing increased by an average of 20 per cent.

So, the question is, with this strategy, who wins? Well, the answer is quite simple, weapons manufacturers are making bank from this. One unmanned drone called Compass Call costs $70,000 an hour to operate. Not only that, but since drones malfunction and crash so easily there is always a high demand for more drone manufacturing. The robot aviation industry now even has its own Congressional lobby called “the Unmanned Systems Caucus,” in order to ensure congressional support the new military vision. And the drone production is not only for overseas use. The Gorgon Stare surveillance system, developed at a cost of $500 million, can “supposedly keep cars and people across an entire city under constant video surveillance.” With this technology there would no longer be a need for CCTV, all cities could be monitored in real time by the Gorgon Stare. Of course, the technology is not even close to actually working, but this is not due to the lack of effort on the part of our corporate masters.

Obama, though, is the supposed left of our political system. So, since the military is switching its strategy from direct military occupations to drone strikes, Obama can bill this as a signal that he is a peacemaker, one who is withdrawing U.S. troops from Iraq and Afghanistan. However, if one actually looks at the results of his drone strikes it is easy to glean a different story from these developments. The Bureau of Investigative Journalism has just released a report which has analyzed who is targeted by drone strikes. The Bureau found that “at least 50 civilians were killed in follow-up strikes when they had gone to help victims. More than 20 civilians have also been attacked in deliberate strikes on funerals and mourners.” The Bureau’s estimates of civilian dead (almost certainly an underestimate) essentially found that drone strikes target the people who go to rescue those injured by a drone strikes, as well as people who attend the funerals of those killed by drone strikes. The Bureau also recently released a report which found that drone strikes in Yemen are now just as frequent as they are in Pakistan, meaning a few dozen strikes in Yemen since last year. The Bureau reports that this has resulted in the deaths of 500 people. Given such information we should be able to confidently laugh off statements by such people as Obama’s “counter”-terrorism advisor John Brennan, who states that, “there hasn’t been a single collateral death due to drone strikes." 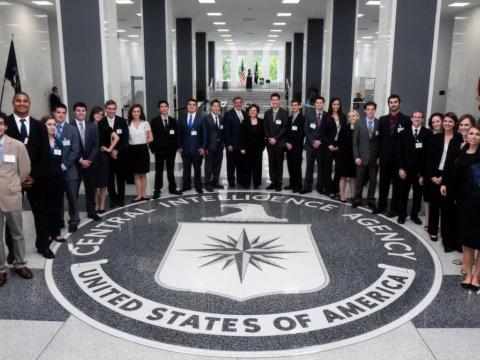 Notwithstanding its limitations, an interesting historical look at the state's…
Image 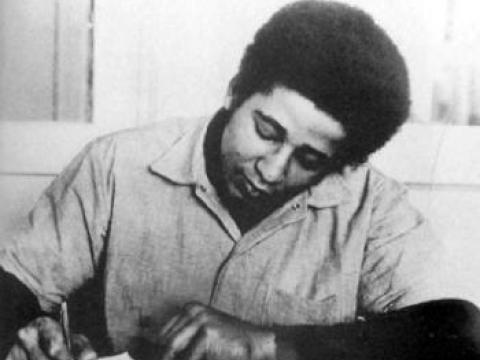