“Politics is millions.” So says Comrade Lenin. And for once, I agree with Lenin. Politics begins not with hundreds, not with thousands of people but with millions. Trotsky continues, in his history of the Russian revolution, that revolutions occur when the broad masses, those whose day-to-day lives normally serve only as the backdrop for the “historic” actions of the actors of the ruling classes finally step into the light, upstaging the bourgeoisie and becoming the protagonists of the drama of the class struggle.

But are the lives of the ‘broad masses’ any less important during non-revolutionary periods when the working class remains taken for granted, in the shadows? Of course not. Because it is during these times of apparent calm that conditions ripen for the next upheaval, perhaps in fact for the final struggle.

Of course, the revolution has not happened yet. We still live under the rule of the capitalist class, and history, written by the victors, leaves untold the story of the working class in its periods of subjugation. Thus, the narrative of class struggle is, as the Haymarket Martyrs said, “a subterranean fire” bursting only occasionally onto the pages of capitalist history during open confrontations between the proletariat and bourgeoisie, but otherwise remaining underground- feared but unseen.

To the casual observer, these episodic confrontations- the uprisings of 1848, 1871, 1886, 1905, 1917, 1934… and so forth, seem spasmodic and perhaps unconnected. It is only through an intimate and first-hand knowledge of the life of our class and the counterinsurgency operation capital has put into effect to keep us down that we can understand the “inner connection” between these events and base our actions as revolutionaries not only on a dogmatic commitment to equality and justice, but an understanding of the forces that move millions.

It is for this reason that the writings of Marty Glaberman, Stan Weir, and to an extent, Staughton Lynd are so important.

Glabermand and Weir are what Gramsci would call “organic intellectuals.” They were rank-and-file workers who participated in wildcat strikes, as well as much more mundane aspects of working class life. They became politicized through these experiences and wrote about them in “Punching Out” and “Singlejack Solidarity.” Both of these books are a treasure trove of stories of everyday resistance, and also loss, in the auto factories, steel mills, and dockyards of mid Twentieth century capitalism.

Glaberman and Weir drew astonishing conclusions from their participation in struggle at a rank-and-file level in their workplaces. Entering the workplace either during or slightly after World War II, they saw the gains made by mass working class direct action in the 1930s be co-opted into the bureaucratic structures of the CIO and other business unions. They developed a sharp critique of the no-strike clause, mandatory grievance procedures, and other embryonic forms of contemporary business unionism. While they were witness to this tragedy of co-optation and disorganization of the working class, they also watched a new wave of revolt wash over the factories in the form of the League of Revolutionary Black Workers and other revolutionary union movements. For Glaberman and Weir, these new formations were merely new manifestations of the creativity and unending resistance they saw in their class comrades everywhere around them every day on the job.

In his book of interviews with widely-respected Balkan Anarchist Andrej Grubacic, Staughton Lynd pays homage to the tradition of working class autonomy and struggle the Glaberman and Weir were part of. But Lynd, as a lawyer and a Quaker, participated in the movement from a different vantage point. He has many inspiring things to say, but it is clear that his admirable commitment to the workers struggle is not based on the fact that his life in the existing society is intolerable, but rather on an abstract moral value system which finds capitalism unnacceptable. He “accompanies” the workers, but he is not in the class in the same sense as Glaberman and Weir. With Staughton Lynd, the tradition of Workerism breaks. Perhaps in this rupture we can see a manifestation and a cause of the isolation of America radicalism from the US working class.

I would argue that it is only through participation in working class life, in solidarity with those who toil alongside us whatever their social or political views may be, that we will be able to participate meaningfully as self-described revolutionaries in a revolutionary movement. If we do not stand alongside our sisters and brothers in the class, then we will either stand in front of them as Leninists, impeding their path, or behind them, useless in the struggle.

We need to look to the example of Marty Glaberman and Stan Weir to understand how to participate respectfully alongside other rank-and-filers of our class in the fight against the bosses and the bureaucrats. Their example is not perfect. They were both men, and hence, their perspective is limited to the fight against capital by waged workers in male-dominated workplaces. They were both white, so they don’t have a full understanding of the role of racism in capitalist society. But there are a many lessons we can draw from their experience, a tradition of rank-and-file participation, which can contribute to the development of a new Workerism, a theory of social struggle based in confidence in the ability of regular working people to re-make the world.

Perhaps, with such a theory in hand those of us who have come to our convictions primarily through books and ideas will be able to participate meaningfully in the real movement, the struggle against the bosses that millions of our class comrades engage in every single day.

Steve Early reviews collections of writings by Martin Glaberman and Stain Weir, while tying their experience and outlook to the emerging split within the AFL-CIO in 2004. 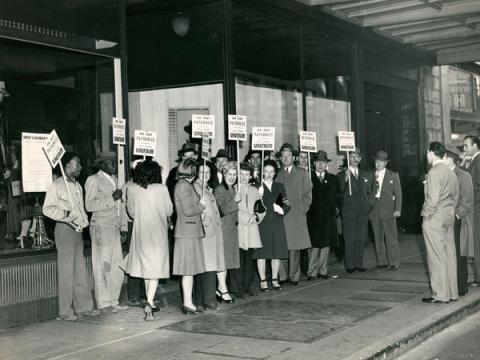 Voices from the rank and file: remembering Marty Glaberman and Stan Weir 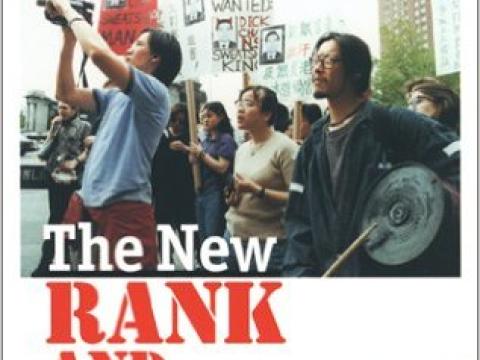 Review: The New Rank and File by Staughton and Alice Lynd

A review of by Joshua Freeze of The New Rank and File by Staughton and Alice Lynd. Originally…