Noise protest outside HMP Brixton in South London in 2014

On New Years Eve there are protests outside prisons across the world, we spoke a member of London Anarchist Black Cross about what's happening in London.

You've been holding protests outside various London prisons on New Years Eve (NYE) for the past few years, when did you start and what is the reason for the protests?

The recent NYE protests began in 2010 after a callout for a global day of action against prison by the North American Anarchist Network. London Anarchist Black Cross (ABC) organised a noise protest outside Brixton prison in south London as part of this international day of action. The aim of the protest was to visually and vocally break the isolation and alienation that prisoners feel,especially around this festive time of year and on a night most spend partying with friends. The noise protests act as public display of defiance against state repression.

Since 2011 London ABC have organised protests at Pentonville and Holloway prisons in north London on NYE, the mantle of Brixton being taken on by the London Campaign Against Police and State Violence since then. What kind of reaction do the protests cause inside the prisons you visit? Have you ever had feedback from any prisoners?

We receive a great response from the prisoners every NYE. Shouts of 'fuck the police' and 'happy new year' can be heard echoing from the cells at the same time. Cell lights switching on and off and burning debris being thrown from cell windows.

Through letters prisoners have described the protests creating a buzz on the prison wings on NYE. Similar protests around the world tend to be quite rowdy, particularly in Greece, how does London compare and are there any you draw inspiration from?

Rowdy, lively and resistant protests are always encouraged on NYE and the Greeks (especially anarchists) have always been quite good at this. But this is no small part due to the strong anarchist community and outrage at acts of police brutality with the killing of 15 year-old Alexander Grigoropoulos in 2008 and subsequent imprisonment and hunger strike of his friend Nikos last year in 2014. London's cultural climate is vastly different to Greece and not just within the anarchist community. While the oppression and repression of the state & judicial system are equally destructive there are different challenges that need to be faced. London has a network of CCTV surveillance unrivaled in Europe and protesters are aware of this, despite this London protests still remain very rowdy.

Last year the police ended the protest outside HMP Brixton by violently attacking the crowd, making several arrests. What happened there?

For the last two years we have seen arrests at the Brixton NYE noise protest, last year we saw police using pepper spray and batons against a non-violent crowd. It is difficult to know what runs through the cops mind when there surround and a attack a peaceful crowd of people. The crowd contained speakers on police violence including Sean Riggs sister who's brother was murdered in Brixton police station a ten minute walk from the prison. I suppose they don't see the irony of attacking a protest against police violence. But be prepared for this eventuality if you are attending a prison protest this year, oh and ACAB.

Finally, could you tell us a bit more about London ABC? What kind of activity do you do as a group and which prisoners are you supporting?

London ABC is a prisoner support group, the current members of the group are also prison abolitionists. We are opposed to the prison system and we encourage people to write letters of support to those inside, whether or not they are anarchists. London ABC also works with ABC groups in the UK and internationally to provide support and promote campaigns of anarchists and activists worldwide. A full list of individuals and campaigns can be found on our website.

London ABC also supports solidarity actions and protests taking place here in the UK and across the world. NYE protests are a significant part of building a culture of resistance and acknowledgement of role that prisons play with within our society and the effect prisons have on destroying social struggles. Every year we are seeing more and more towns and cities holding noise protests around the world. So join us for NYE. This is also in solidarity with comrades from Greece:

Comrades coming from various geographies and different paths of struggle, yet having the same longing for the diffusion of anarchist offensive, support the call for a Black December

In the Netherlands there was also a protest at the Schiphol Airport prison (near Amsterdam). Here's a statement by comrades from the Anarchist Group Amsterdam:

On New Year's Eve, 31st of December 2015, 120 people demonstrated at the migrant prison Schiphol. We do this every year in solidarity with the people who are being held inside, to show them solidarity and hoping for a new year in freedom.

When we arrived at the prison, we had fireworks, played music with a samba band and with a sound system, and many people gave speeches to let the people inside knowthat they aren't forgotten. As one of the people who were giving a speech said it beautifully: “It doesn't matter who you are, what color you have and where you come from, we wish you a happy new year in freedom, with equal rights.”

We could cleary see the people in the cells, they reacted to us and waved back at us. It was horrible to think that they most probably fled situations of war, poverty, repression, racism or a future without prospects, and are locked up by the government only because of that. With the exceptionally high amount of people fleeing, this year especially was a year of sorrows for many who chose to leave their homes because it was too dangerous there. We think that people always have the right to flee to a safe place. The system we live in with borders and prisons is something that should be ended as soon as possible, everybody should have the right to live in the place they choose to live in.

Unfortunately we ourselves saw that same Schiphol prison fron the inside after the marechausse (military police) chose to arrest us all. This was very unpleasant, especially for the We Are Here group who don't have papers and take the risk every year of joining us in solidarity with the people on the inside. Fortunately everybody got released eventually.
Let's not forget that it was a great action, and that we started a new year together in the name of freedom, and will commit ourselves this year again for everybody else's freedom.

London ABC is a prisoner support group, the current members of the group are also prison abolitionists 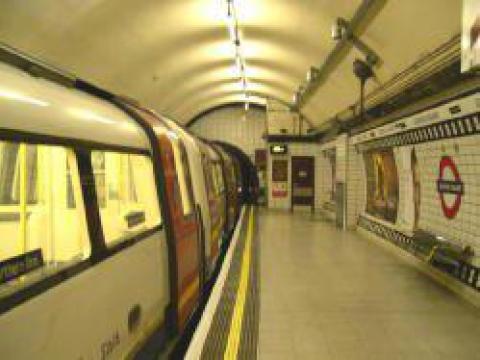 With two tube strikes in as many weeks, and more still to come, libcom.org conducted this interview…
Image 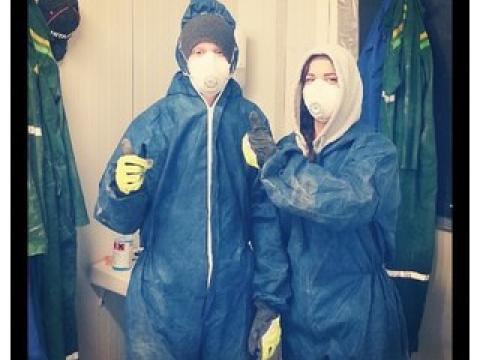 From Greenford with love: an interview with the Angry Workers of West London's warehouses

libcom.org catches up with the excellent Angry Workers of the World to discuss…

Not just capitalism or globalisation

A contribution to the "Reflections on J18" collection.
Image 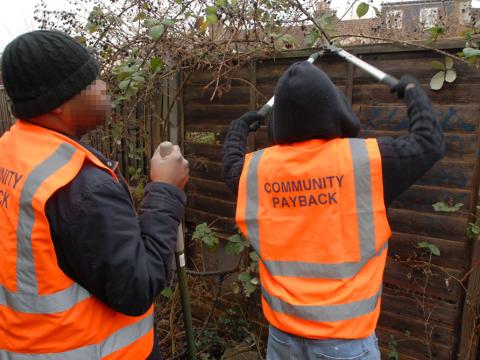 At your service: tales from community service

An article written by a contributor who is currently serving a 120 hour community payback order, in which they are required to do a program of…