The IWW Couriers Network condemns Deliveroo’s recent spate of mass terminations in cities across the UK leaving at least 100 couriers without work before Christmas.

Over the last week a wave of immediate terminations has swept across towns and cities as far apart as Leicester, Sheffield and Glasgow. Couriers have reported that they and their colleagues have received identical emails accusing them of fraudulent activity and immediately terminating their agreement to deliver with the popular food delivery company.

The extent of this cull of couriers extends to well over 100 at time of publication, and the couriers themselves – who vehemently deny the accusation of any wrong-doing – are left in the dark just days before Christmas with no work or way of appeal against these claims. To date, no evidence or facts to back up Deliveroo’s claims have been provided.

Jamie Johnson, a courier from Sheffield terminated by Deliveroo:

“Today I received an email from Deliveroo Rider Support, only to be left in absolute disbelief. I have been falsely accused of defrauding the company by incorrectly marking orders ‘delivered’ without completing them despite being paid for them. Without any form of contact or warning throughout my time as a rider or any chance to defend my position, my account has been terminated effective immediately, leaving me in financial difficulty over the festive period.”

Alex, another courier terminated in this sweeping round of terminations tells us of the difficulty they will face: “Much like the 100’s of others in Leicester and thousands all over the country, I feel cheated by an ’employer’ who can’t give me a reason why. Now I have to find another way to pay my rent as this was my main source of income. Something has to be done.”

The scale and spurious basis of the terminations have been condemned by the IWW Couriers Network, who are demanding that Deliveroo immediately reinstate all affected riders. The union further insists that should any evidence of fraudulent activity be in existence that this be confirmed and produced in each and every case to ensure that no innocent couriers have their agreement terminated.

“This mass termination of couriers just days before Christmas is completely heartless. Hundreds of people across the country have lost their jobs, all receiving exactly the same template email. We’ve all heard the gig-economy referred to as Dickensian, but Will Shu of Deliveroo’s Scrooge impression really takes the biscuit.”

The Union further states that should these couriers not be reinstated with full apology, that it will have to consider taking further action to draw attention to Deliveroos appealing treatment of its workers.

We’ve all heard the gig-economy referred to as Dickensian, but Will Shu of Deliveroo’s Scrooge impression really takes the biscuit. 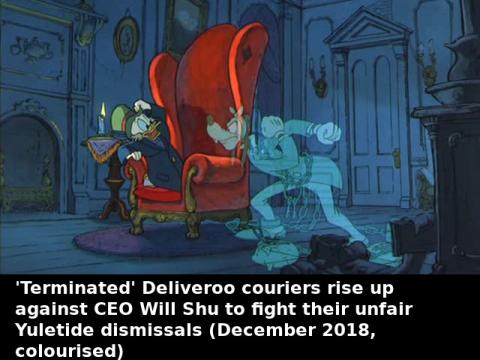 Mass Sackings at Deliveroo – What can I do about it?

An update from the IWW Couriers' Network about the mass sackings at Deliveroo.
Image 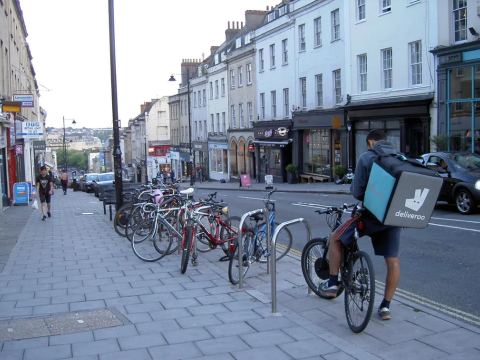 Deliveroo workers to strike over exploitative practices and low pay 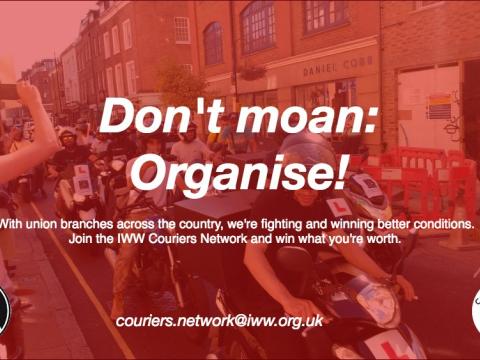 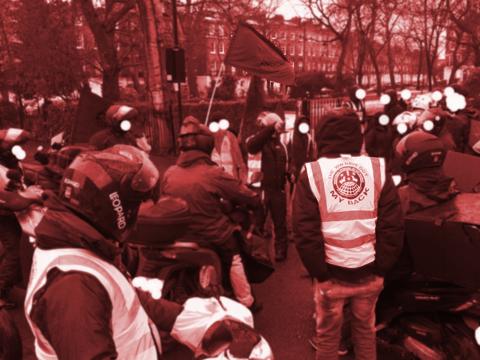