An article by former IWA secretariat Pierre Besnard about avoiding the mistakes of the CNT during the Spanish Civil War.

The following article by Comrade Pierre Besnard, a former secretary of the I.W.M.A. to which the CNT is affiliated, opens up a discussion on the lessons of the Spanish tragedy which we will continue in the Vanguard. While we agree with Comrade Besnard that the fundamental tenets of Anarchosyndicalism were not so strictly adhered to by our revolutionary Spanish comrades, and that these tenets still occupy first place guiding our relations with the capitalist world we find it incumbent upon us to point out that the actions of our comrades in Spain cannot be judged apart from the international situation to which the civil war gave rise. We reaffirm our conviction that collaboration with the bourgeoisie should be shunned, but we must again insist that tribute should be paid to the CNT for the heroic struggle it was capable of maintaining. Our comrades understood their responsibilities and, not being dogmatists, were able to conduct their work as an integral part of the Spanish struggle against the formidable intervention of the fascist powers.

The struggle that is at an end in Spain shows beyond the shadow of a doubt that all collaboration and compromise with the bourgeoise must henceforth be banished from our midst. Between us, one thing exists: The Class Struggle. It is within the power of no one to conceal this fact and only the elimination of classes and the institutions of economic and social equality will result in the disappearance of this struggle. On every occasion that we do not recognise this basic truth, we shall inevitably be defeated in the ensuing struggle.

Each time it finds itself in difficulties, the bourgeoise accepts and even demands collaboration with the proletariat. But when the crisis is over, it resumes its freedom to do as it pleases and, naturally, turns its weapons in full upon the working class. This pattern of events has been followed in all periods of history, not just in revolutionary ones. But, however disastrous might be its practical consequences in the ordinary day to day struggle, it takes on catastrophic proportions when it concerns such elemental societal conflicts as was the case in Spain.

Let bourgeoisie be “left” or use ultra-leftist phrases, invariably they are for a line of action contrary to the interests of the people. Even if they wished to be otherwise, it cannot be so for their interests are forever fundamentally opposed to that of the workers. Let them rally enthusiastically and even aid the revolution in periods when they cannot help doing otherwise, it is only to have their past actions forgotten or overlooked. And when the leading figures and politicians of the dying regime proclaim themselves openly for the new order and support the most radical groups, as they did in Spain, one can be sure that it is only to bore from within and to secure positions of prestige which will permit them in time to strangle the revolution which in a moment of weakness called for and made use of their cooperation.

Too feeble at the outset to speak as masters, they will begin by silently worming themselves into the revolutionary councils where gradually they gain a certain authority and undermine that of true revolutionaries. With an air of innocence they push the sincere into stupid blunders, and one fine day, they show their true colours. When the role these men played will finally be understood, it will be already too late to repair the damage inflicted in the name of some “technical advantage” or other worthless pretext.

The desire to defeat the politicians in the field of politics is the greatest mistake that revolutionaries can commit. The desire to overthrow the bourgeoisie in collaboration with certain of its elements is no less dangerous. These two things are to be avoided at all costs. Nothing must be allowed to effect a reconciliation with our enemies. Not even the most imminent peril! A sudden and certain betrayal is in store for us if we disregard this historic truth, if we place even the slightest faith in those who are destined to be our enemies. Whatever mistakes we make in the course of the revolution, none can be so serious as those which involve us with the opposing class, even if they assume a democratic guise.

The bourgeoisie, since its birth in 1789, has never deviated from its course of deceiving the people and stripping every social upheaval of its accomplishments. So, it was in 1830, 1848 and 1871. The results were identical. The Spanish Revolution of April 14, 1934 followed in the footsteps of its predecessors and the seal has just been placed on the revolution of July 19th. These facts should prevent anyone from still maintaining that collaboration with the bourgeoisie and its politicians is able in some way to insure the success of the revolution. Cold doctrinaires such as we can derive no advantage from the unhappy conclusion of the struggle, but we have the right, in spite of having ardently wished for another end, to say that we had foreseen it. Beyond some relative merit, much in Spain followed the general line of social history. Our one desire is not to see these errors repeated and we will do all in our power toward that end.

Improvements that can possibly be made in society at the expense of solidly entrenched interests are indeed puny. They will merely affect some derail but leave intact the foundations. So it will be as long as we have the class struggle. This fundamental fact has convinced us of a doctrine which experience has tested and which no one can therefore dare modify, presumptive as he might be. Those who for one reason or another have transgressed, have been convinced much to their regret of the law’s inflexibility.

Let us then remain on our own ground where we are strong. I believe that I have sufficiently covered this in my books1 where I have treated the ideology, the plan of realisation and the morality of our movement on both national and international scale. We have here and in other works by militants since Bakunin, Kropotkin, Rocker and numerous others, all that is necessary to accomplish our task without having recourse to the advice of the bourgeoisie.

Let us then study our literature, take heed of our international congresses and shun false departures from a doctrine which is and must become the practice of tomorrow. We will thus be on the right road. All other roads are misleading which will either get us nowhere or lead us to defeat.

Let us stress the idea that even under the most favourable circumstances all compromise only guarantees us the perpetuation of the authoritarian state and the triumph of our enemies, the politicians, whose program carries but two articles: One, to take power, and Two, to keep this power by all means even the worst. If we sincerely wish to liberate our class and all of humanity we must work towards our goal: for federalism and liberty, and not for centralised power and dictatorship.

Let us go in this direction and in no other, without compromise of any kind. We have the means. Let us have the will!

Cool. He was pushed out by the CNT, which tried to disenfranchise most of the IWA in 1937 and 38.

Cool. He was pushed out by the CNT, which tried to disenfranchise most of the IWA in 1937 and 38.

For being critical of their participation in the government, that's what it cam down to. The way the CNT actually went about neutering the IWA Secretariat was by forming the Solidaridad Internacional Antifascista (SIA). The SIA took all aid and solidarity work for the Spanish movement away from the Secretariat and placed it n the CNT controlled SIA

I have a few "IWMA Press" bulletins (in english) where some in the international movement layout out their differing views on this.

Scan was difficult to read and it seems important so I typed it out, also changed an embarrassing error in the original (at least I hope it was) where Besnard appears to long for feudalism, which I assume was supposed to be federalism.

I must've sent Juan the original copy. For sure, as that's my handwriting 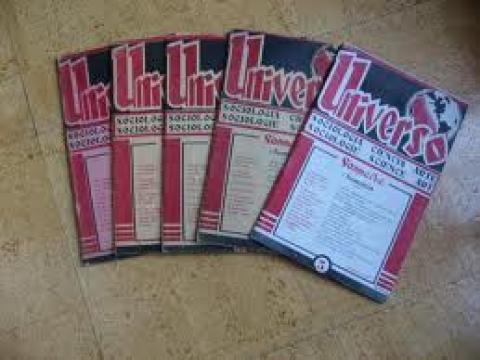 In this collection of articles originally published in 1947-48 in the Toulouse journal, Universo,…
Image 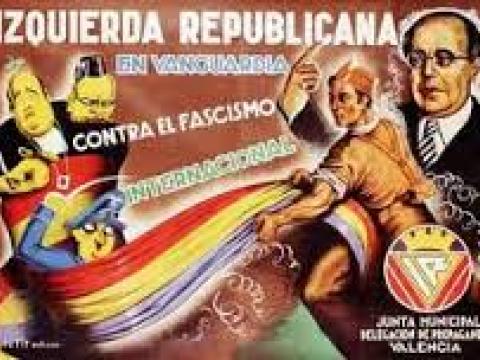