Organization has become a key issue in the libertarian left over the last year. This is no doubt in response to the deepening of the capitalist crisis and the realization among libertarians, and leftists in general, that building a revolution will require a high level of self-discipline and collective organization.

The question is not whether we should organize, but how to organize. Presently, the majority of the libertarian left in North America is guided by anti-organizational attitudes. This, in our opinion, can only serve to isolate us from the struggle, and allows the authoritarian left to become the only alternative to people.

This tendency in the movement places priority on developing individual solutions to the alienation created by the social system. According to this concept, the revolution will happen by people “doing their own thing” without a conscious strategy beyond their local area. Anything beyond a local level will then somehow work itself out.

“Do not dupe yourself with the silly notion that things will arrange themselves. Nothing ever arranges itself, least of all in human relations. It is men (people2 ) who do the arranging, and they do it according to their attitude and understanding of things”3

The present state of the movement is a clear reflection of individual solutions being posed as models for building the revolution. What these models fail to see, however, is that individual self-realization is possible only if there is a shift in social consciousness that allows this self realization without the exploitation of others. In capitalist society, individual solutions can function only as personal escapes, and therefore act as safety valves for the system.

In the final analysis, however, there are no truly effective personal escapes. Modern society is too socially integrated for an individual or small group to stand outside of it. Since Capital defines and restricts all current social relationships, the only effective means of struggle is collective confrontation with the system.

We realize the importance of struggling against the specific forms of oppression which we personally experience, and against our own authoritarian socialization. However, the personal struggle can only find revolutionary expression by engaging in the class struggle. Building the class struggle clarifies and heightens the personal struggle by giving it a collective character that expresses itself through confrontation with the enemy – capitalism and authority in all its forms.

An informal organization has a structure, whether the members are conscious of it or not. The structure by which decisions are made is based on informal social ties. Therefore, one’s access to, and participation in, the decision-making process is dependent upon who s/he knows and how well they can relate socially. A clear hierarchical method develops from this practice. The lack of formal organization makes this inevitable. It is not a matter of power hungry individuals stealing leadership, it is a matter of a lack of structure leaving a void that has been filled by committed people. The effect is that those who have the most access to anarchist ideas, free time, transportation, money, communications, etc. form an informal “central committee” that decides movement questions for all of us. In other words, movement questions are dealt with through social connections, thereby forming social elites who determine the flow of the movement. The movement then becomes a social club, a debating society isolated from the day-to-day struggles of the people, and gets caught up in its own forms of social escape.

We reject this current state of the movement and are struggling to put the organizational question in its proper perspective. We need to join together to correct organizational void by developing libertarian structures.

Bakunin gives a clear insight into the need for organization:

“It is not enough that the people wake up, that they finally become aware of their misery and the causes thereof. True, there is a great deal of elemental power, more power indeed than in the government, taken together with all the ruling classes; but an elemental force lacking organization is not a real power. It is upon this incontestable advantage of organized force over the elemental force of the people that the might of the State is based.

Consequently, the question is not whether they (the people) have the capacity to rebel, but whether they are capable of building up an organization enabling them to bring the rebellion to a victorious end – not just a casual victory but to a prolonged and ultimate triumph.

It is herein and exclusively so, one may say, that this whole urgent problem is centered.

In this spirit we are putting forward the need to build a class struggle libertarian organization that is integrated with the people and willing to fight for the liberation of society.

In the second and last part of this series, we will share our social practice in trying to build a class struggle organization in Des Moines.

We invite feedback and criticism.

If anyone viewing this has anymore info on RWO, New World Collective, Central Iowan Anarchists or any other radical group that used to operate in Iowa, please let me know. I'm always looking for stuff.

yeah, I know one of the members, he's in Portland now.

I'm pretty sure I eventually got in contact with the same person you're talking about. Supposedly there are archives in 5 different cities, but I haven't heard anything back from them.

I'd be very curious as to what happened to these folks....and how many remained anarchists.

yeah, I know one of the members, he's in Portland now.

Any way you could contact him? Maybe with the links of the stuff I've been putting up?

I do believe he was involved in this paper.

I'm looking for more Red Wing stuff, as well as New World Collective and Ames Anarchist Group/Central Iowa Anarchists. I emailed him a while ago, but got nothing. Maybe if someone he knows bothers him again, maybe we'll get somewhere....

Just got 9 pages of reportbacks from a 1976 libertarian socialist/anarchist conference in Des Moines that the Red Wing Workers Organization participated in, as well, as Sam Dolgaff. Gonna be typing these up for Iowa Radical History blog and libcom when I get the time.

A short history on the activity of various small groups that eventually went on to become the Redwing Workers Organization, a libertarian socialist organization from Des Moines, Iowa that existed in the late 1970s. 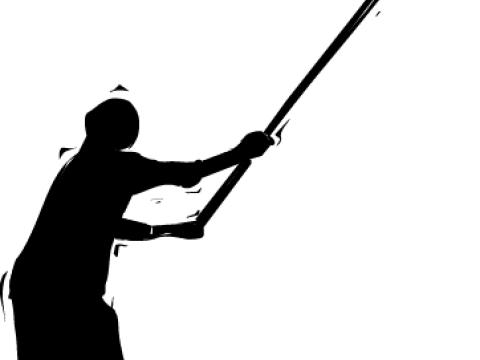 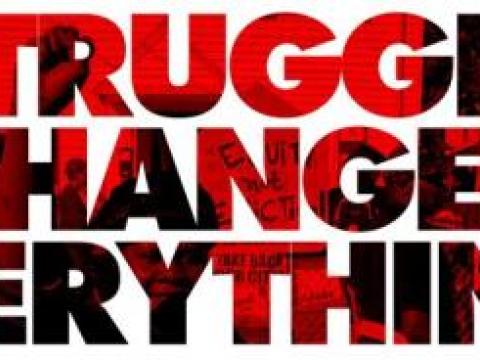 Defining a dialogue of revolution: the dictatorship of the proletariat

A document from the Red and Anarchist Action Network (RAAN) discussing the concept of the dictatorship of the proletariat.