Dockers protesting against EU plans to liberalise docks today were attacked by the police with water cannons and tear gas as they approached the European Parliament.

The dockers clashed with the police, throwing firecrackers, rocks and metal fences, and broke several windows on the parliament building. At least 13 dockers were arrested and 12 police officers injured according to the BBC.

At the same time, dock workers were on strike across Europe, including stoppages in Belgium, Portugal, France, Greece, Denmark, Sweden and the Netherlands. These included the two biggest ports of Rotterdam and Antwerp - where a 24 hour strike began this morning.

Hour-by-hour coverage of the day of strikes, demonstrations and further blockades and occupations across France against the new employment law.
Image

Full coverage of today's demonstrations, strikes and riots as public transport and services crippled and nearly 3 million take to the streets in…
Image 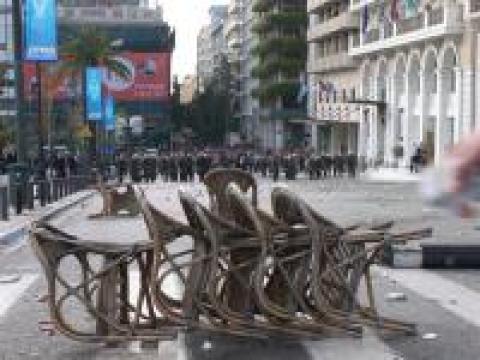