Report from the Portuguese section of the International Workers' Association about the general strike which took place across the country at the end of November 2011.

Since the last general strike the situation of workers in Portugal has aggravated. Following the International Monetary Fund/European Union bail-out in May, a series of austerity measures presented as the only way to reduce the state deficit and to “make the Portuguese economy more competitive” have been adopted. Workers have already been hit with increases in sales taxes, up to 25% increases in public transports fares and cuts in social and health services. Workers of the public sector will see their salary reduced by means of an extraordinary tax in 2011 and 2012. New harsh measures that constitute an historic attack on the rights of workers are being presented by the government, like reductions in compensations for firing workers, extension of the work day by 30 minutes without extra pay, extinction of some holidays, or the extension of the renewal period for short-term contracts. Unemployment has been rising in the last years reaching now 13% of workers according to official numbers that hardly reflect the real unemployment. The economy forecasts for Portugal predict the strongest recession on the euro zone in 2013 and a rise in unemployment due to the austerity measures­.

This strike was strong on the public transports sector and affected the activity of schools, hospitals and garbage collection. The activity of airports was also reduced. Some big factories like Volkswagen/Autoeuropa also stopped production due to the strike. But on the retail and private services sector, where there is a high concentration of precarious and poorly paid workers, the strike went almost unnoticed. Fear of retaliations by the bosses continues to obstruct the mobilization of these workers and only the absence of public transports makes an excuse for participation on the strike.

This time, the unions organized demonstrations across the country. In Lisbon, a demonstration organized by the CGTP went until the Parliament, followed by another one called by the 15th October/“Indignados” movement. In front of the Parliament the participants of the second demonstration were met with a CGTP security line which tried to prevent them from uniting with the CGTP workers. A couple of hours latter, an attempt by a quite heterogeneous mass of demonstrators to break the police lines and occupy the stairways of the parliament caused some small clashes with the police. Seven demonstrators were detained and are now facing trials for offenses and aggressions against the police. Some were beaten by the police. A video of a demonstrator being beaten by an undercover cop has circulated around the web and was showed in television. In response, the police started an already familiar media campaign trying to portrait the detained demonstrators as “dangerous radical anarchists”.

The Portuguese Section of the IWA participated in the mobilizations both in Lisbon, Porto and Chaves. In Lisbon and Porto we made informative pickets and joined the demonstrations. In Lisbon our members entered in several commercial businesses and one big shopping center and distributed leaflets until they were expelled by security. In Porto, our inter-professional union joined the Porto Popular Assembly in the CGTP demonstration. In Chaves, our new local group distributed leaflets among workers.

Taken from the IWA-AIT site.

2 out of the 7 were sentenced to 6 months w/ 1 year's probation, i.e. they won't have to serve the 6 months unless they are sentenced for another crime within 1 year. Another protester was acquitted, and yet another is a German citizen who's up for trial on more serious charges. 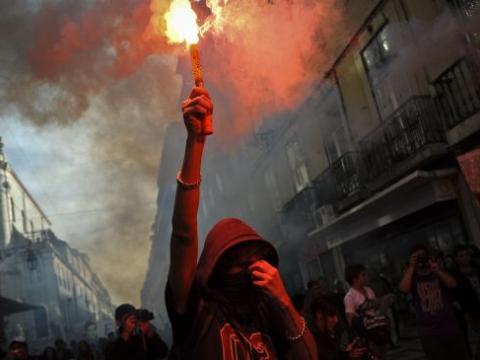 On November 14th 2012, thousands of people took to the streets of Portugal as part of a European wide general strike. Until recently, the…
Image 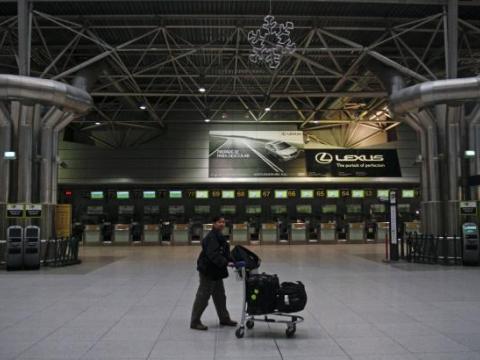 Portugal shut down by general strike 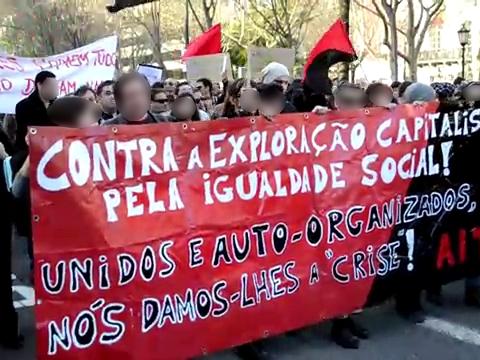 What is the AIT-SP (Portuguese section of the International Workers Association)?

A translation of the Portuguese section of the IWA's declaration of principles.
Image 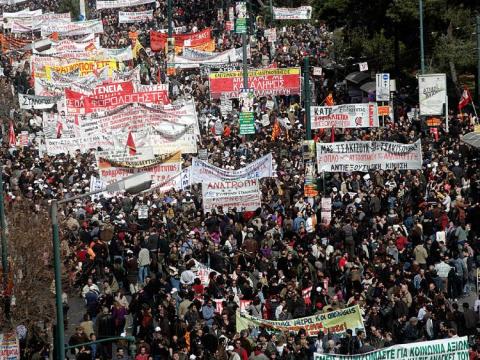