POW camps at St. Helena during the Boer war

During the Boer war, Boer women and children, and black African men, women and children were kept in two racially segregated networks of concentration camps in South Africa. Boer men of working age were sent to camps overseas, beginning with St. Helena.

St Helena was the first overseas destination for the prisoners from the Boer War. The first group of prisoners arrived on the island on board the MILWAUKEE on April 14th 1900. General Cronje was one of them, accompanied by his wife. They were allowed to live in a house, Kent Cottage at New Ground, with a guard. The first camp for the prisoners was set up on Deadwood Plain, for the Transvaalers and later as more and more arrived, another camp was set up at Broadbottom for those from the Orange Free State.

A Notice had been published prior to the arrival on April 5th 1900 by the Governor, R A Sterndale, CMG in which:-

“His Excellency the Governor expresses the hope that the Inhabitants will treat the Prisoners with that courtesy and consideration which should be extended to all men who have fought bravely in what they considered the cause of their Country and will help in repressing any unseemly demonstration which individuals might exhibit.” Robert R Bruce for Col. Sec.

A resident was told by more than one of the prisoners how they dreaded landing and how they shrank from the march through the streets of the town. Many could read English and this notice appealed so much to them that some entirely broke down. The newspaper reported that “not a jeering sound or rude remark was heard from the crowd of islanders congregated to see them pass on their way to Deadwood Camp which had been prepared for them.”

The numbers increased and the islanders prospered from the services required. There were 5 attempted escapes by 14 POW’s – one in a box which got him as far as Ascension, and some rebels were held at High Knoll Fort, but the newspaper also reports positive activities at Deadwood Camp including concerts and athletics days, and even an exhibition of Boer Crafts along with island ones, in a room of the Castle in Jamestown before the end of the first year. They even started their own newspaper in Afrikaans. The Regiment sent out from England to guard the prisoners was the Gloucester (Gloster) Regiment, led by Lt Colonel Earl Bathurst.

A total of 5,865 prisoners arrived here over the almost two years up to February 1902. Several were on parole early on, and helped in extending the wharf, setting up a new crane (this was a Swedish engineer who fought for the Boers), building a new house and repairing older ones, including adding verandas. There was a small camp in the Castle Gardens and Botanical gardens for those working in the town area, and they set up their own Tea shops in camp – one prisoner actually opened one in town, while another opened a Bakery! 180 died on the island from various epidemics – only 3 were a result of shootings. The first to die were buried in St Paul’s Cathedral graveyard, then later in the graveyard at the Baptist Chapel, Knollcombes, where all their names are recorded on two pillars.

The island suffered from deforestation due to the huge increase in requirement for fuel, and the roads were cut to pieces by all the mule waggon traffic, but poverty was eased for a short time for the majority of the population. Five prisoners stayed behind to live and raise families on the island. 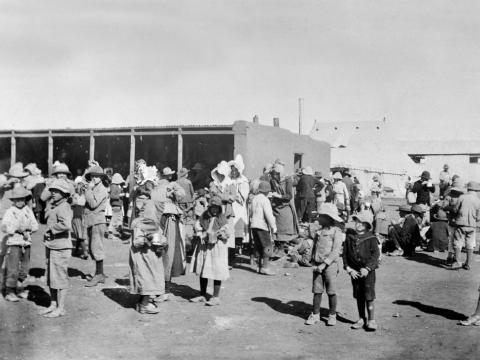 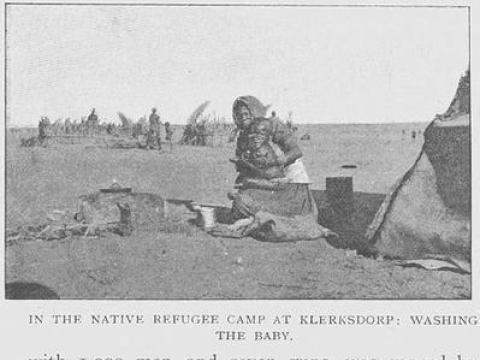 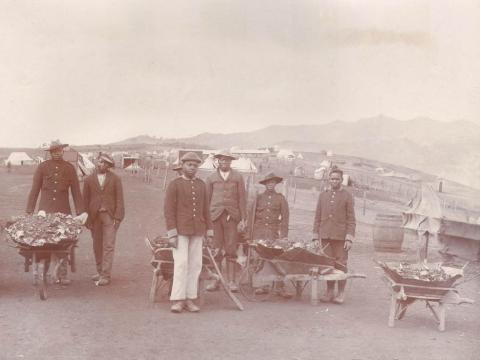 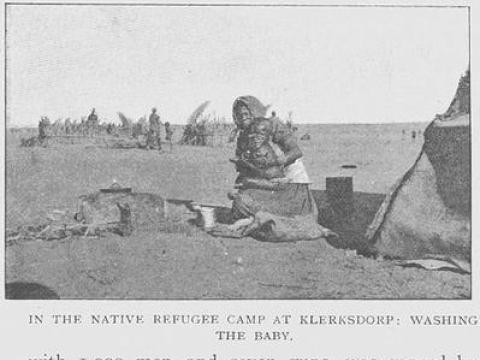 The colonial development of concentration camps

The practice of concentrating civilians in guarded camps or centres, specifically as part of a counter-guerrilla military strategy during wartime…