An article by Alexis Buss on the legal protections existing for union stewards to swear at their employers. Originally appeared in Industrial Worker #1616 (October 1998)

During a contract negotiation session last month, management's lawyer saw fit to loudly say "bullshit" over and over while we addressed the issue of the boss' duty to bargain about pay rates and pay equity. We decided not to engage this lawyer in a cursing war, and instead called for a caucus. The workers were alarmed that the lawyer would disrespect our position in such a way, and asked me if it was legal to curse at us. And indeed it is. So long as they actually bargain the issue, the boss and lawyer can curse up a mighty storm all they want.

Then I brought up the advantage to us: we've got that right, too. Not only at the bargaining table, but our shop stewards, once a contract is in place, would have identical protections. All of a sudden folks were volunteering to be stewards so that they could exercise this very right.

I have heard many stories of stewards being suspended or even fired for insubordination after cursing or ranting at a boss during a grievance meeting. Arbitrators and the National Labor Relations Board will generally find in the steward's favor because it is generally understood that unless there is extreme profanity tied up in violent threats, workers have a right to get angry while trying to resolve a problem. Stewards do not have a legally protected right to threaten or insinuate violence, or carry out a violent act in a grievance meeting, but cursing is not in and of itself considered violent.

Here's a review of cases that refer to stewards' rights to let their temper loose on a boss: At makeup and perfume giant Max Factor, a steward called the boss a "twerp" and was protected in 239 NLRB 804.

Imagine the poor, thin-skinned, quivering boss who was so offended by being called a twerp that they had to wade through over probably two years of litigation to justify firing a steward for using the relatively obliging language.

But it gets better for our fellow workers who learned to defend workers' rights from listening to that George Carlin album with all the dirty words. In a case at the United States Postal Service (250 NLRB 4), a postal worker steward called the boss a "stupid ass" and was legally protected. A steward called a foreman a "fucking incompetent asshole" at United Technologies (274 NLRB 504) during a grievance meeting and was protected. At Consumers Power, a steward told a manager boss "I don't give a fuck who you call" when the manager said he was going to call to verify facts and was protected in 245 NLRB 183. And at Severance Tool Industries (301 NLRB 1166) a steward called the company president a "son of a bitch" and got to keep his job and smile at the S.O.B. for years after.

Related cases include Synadyne Corp., (228 NLRB 664), which articulates the steward's right to point their finger at their boss and shake it around. Call your boss a liar in a grievance meeting, and it's ok, too (Hawaiian Hauling 219 NLRB 765), apparently even if it's not true. Another case to do with heated exchanges is an additional one from our friends at the United States Postal Service which provides for a "cooling-off period" after a heated exchange (250 NLRB 4). The case says that workers should not be expected to be totally robot-like and have the ability to switch our emotions from high to neutral in a matter of seconds.

Again I must reiterate that the cases above are rights only for stewards in shops where the union is recognized and has a collective bargaining agreement - so non-union stiffs don't be confused! Cussin' for you ain't a right, it's a duty. And my advice would be that it's a duty better done under your breath when the boss is well out of hearing range. Non-union workers are employees-at-will, and cursing can be considered insubordination which can, among a million other things, get you legally fired and sometimes even denied your unemployment benefits.

An article by Alexis Buss about how binding arbitration favors employers. Originally appeared in the Industrial Worker #1630 (January/February 2001) 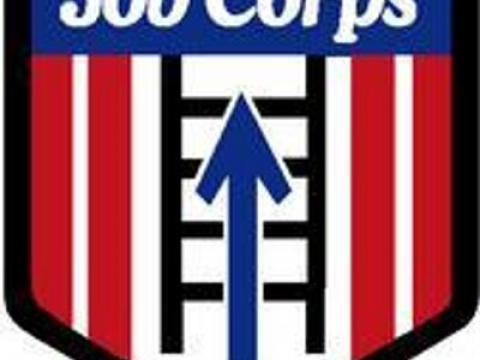 An article by Alexis Buss about an IWW campaign at Job Corps, a government-run trade school. Originally appeared in the Industrial Worker …