An article by Alexis Buss about an IWW campaign at Job Corps, a government-run trade school. Originally appeared in the Industrial Worker (September 1997)

Despite desperate attempts by the management of the Keystone Job Corps Center in Drums, Pennsylvania, to stop the IWW union organizing effort, our campaign continues stronger than ever. In the past month, two delegates on Keystone have signed up enough members to charter an Industrial Union branch, student employees have made trips to learn how to be union organizers, and daily reports on the antics of their bosses are called in to the Philadelphia General Membership Branch.

The unfair labor practices of the Keystone Job Corps Center are being investigated by the National Labor Relations Board and the Federal Labor Relations Authority. In arguing for our charges to be dismissed, Job Corps insists that our fellow workers are "students," not employees entitled to protection under the law. A shocking claim indeed, as Job Corps in their own publication Job Corps In Action (Winter 1997) applauded Centers for describing the young people on their Centers as employees. The article quotes Deb Kelley, a manager of an Oregon Job Corps Center, as saying, "At the beginning it is explained to student employees that the entire center is their work site. Every staff person is their supervisor. They are on the job 24 hours a day, seven days a week." With hours that long, no wonder our campaign is catching on so quickly.

Keystone Center now chooses to play a linguistic game to cover up its disgusting union-busting activities. What they seem to forget is that even if it turns out our fellow workers aren't defined as "employees," they still have rights - unlike other American workers they will be protected in their practice of free speech and freedom of association. The IWW is on the Center, and our presence will continue to grow no matter what.

Kere Harcourt, a union activist who continued to organize even after Matt Wilson and Joe Marra were suspended for ten days after their first meeting with IWW representatives, was "medically discharged" in late July. Kere had been complaining to the infirmary on the center for more than a month of cramps and severe pains in her stomach. She was told for over a month that she was fine, given water and Motrin, and sent on her way. On Thursday, July 24, Kere was rushed to a hospital in the nearby town of Hazelton for emergency surgery. Her gall bladder had swollen to four times its normal size, encroaching on her appendix, which had to be removed.

Kere called the IWW Philadelphia Branch July 27 to let us know what happened and that she was told she had six months to recover and if she was not better within that time, she could not come back. The IWW began a campaign that night to demand that 1) Kere be reinstated to the Job Corps program whenever her doctor says she is again medically fit, 2) full medical coverage be extended to Kere while she is on leave, 3) the infirmary is investigated by an independent third party, and 4) that all employees of the Keystone Center are authorized to call for 911 ambulance service. Your help is needed to ensure that the Keystone infirmary is held accountable to its charge of providing quality health care to the young people on the center and that Kere Harcourt is reinstated.

A letter to the editor of the local paper in Hazelton, PA, the Standard-Speaker was printed August 6. A Keystone student employee wrote in to insist that the Job Corps helps to "prepare them for their future."

Curiously, her letter begins, "I am writing in response to an article about the Keystone Job Corps Center that was displayed in your newspaper a couple of weeks ago. Unfortunately I do not have a copy of it." When the Standard-Speaker published articles detailing the reasons the union drive was started - the wrongful suspensions and harassment of our activists, the illegal firing of Matthew Wilson, the center security classifying and confiscating our organizing materials as contraband, and the shameful incompetence of the Keystone infirmary staff - all copies of the newspaper were confiscated. Even an article on Keystone's management's unwillingness to bargain in good faith with the union representatives for the residential advisors was censored.

If Keystone would honestly like to prepare the young people on their center for the future, one of the first steps is to develop their critical thinking skills and not control their ability to receive information. Another preparation for the path that the young people are put on by Job Corps after they receive training for low paying, highly competitive jobs is training on how to organize a union - training the IWW is glad to provide.

A 56-page appeal of FW Matt Wilson's termination was filed August 7 at the Office of Job Corps, Region III in Philadelphia. Matt was terminated July 8 by Keystone Center Director June Boswell. Her reasons for terminating Matt have yet to be fully explained; only one sentence and one multiple choice answer on a Job Corps form were provided to Matt for him to base his appeal. It is quite clear that Matt was vindictively brought before the Keystone Center Review Board, a panel of center staff that makes disciplinary recommendations, on unsubstantiated charges in retaliation for his efforts to organize for the IWW. Instead of detailing her real reason for firing Matt, Boswell claims in a July 8 Separation/Transfer Notice that Matt was dismissed for "violence," even though there was not a single shred of evidence presented at his hearing to justify such a claim. The process of termination at Keystone is a circuitous one where the Center Director, who acts as judge, participates in the prosecution. Boswell intentionally denied Matt enough time and information to prepare a defense. She helped compose a memorandum to the Center Review Board to recommend his termination before evidence was even presented. And after the Review Board made its ill-founded decision to terminate Matt with "completion status" (similar to an honorable discharge in the military), Boswell changed the termination classification to "disciplinary discharge" when his appeal of the Center Review Board's decision was heard. This action cost Matt $500 of his readjustment money, which is given to Job Corps student employees when they leave the program.

Who knows how far this appeal must be taken before it lands on the desk of a responsible party which can see Matt's termination for what it really is: as described in his appeal, "an undisguised act of bias and retaliation." As we go to press, Matt's appeal is on the desk of Lynn Intrepidi, the Deputy Regional Director of Job Corps Region III, who is to convene a Board to review his argument and make a decision by mid-month. While we don't hold out much hope in Intrepidi's ability to do the right thing since her office directed Matt's suspension in the first place, the merits of his case and his wonderful record on the Center can't be ignored, even by union-busting Job Corps bureaucrats.

The risks that the organizers in the Keystone Job Corps Center have taken are enormous. They're willing to risk not only their jobs, but also their homes, as the Keystone Center is where they reside. Many of our organizers signed up for Job Corps because they used to have nowhere to turn and wanted to make a better life for themselves. Now, in their efforts to make a better life for themselves and their fellow workers on the Keystone Center, they turn to the IWW. We're there every step of the way and then some -- and will stop at nothing to secure their right to form a union. 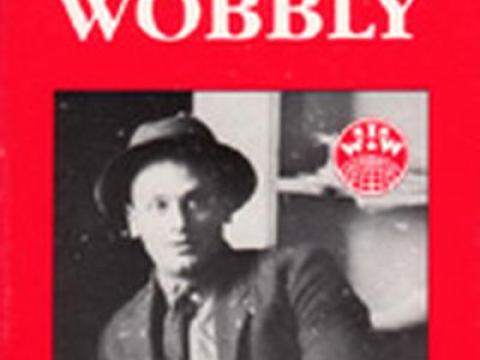 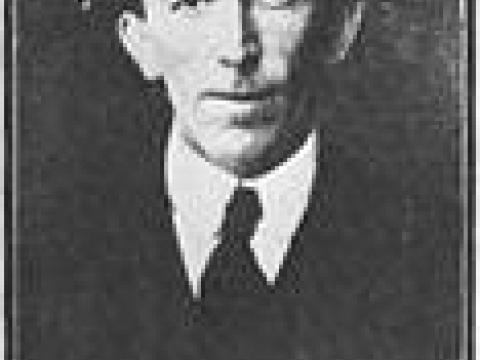 A short critical, but generally sympathetic, assessment of the Australian Wobblies. From; Labour… 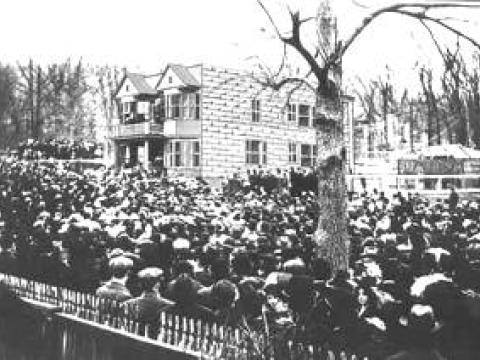 This article traces the Paterson Italian anarchist groups and the repression they faced, as well as…