Two recent court sentences highlight America's two forms of justice. One for the rich and white, and one for everyone else.

Over the last few weeks American courts rendered “justice” to two people from completely different walks of life. On March 29th, Baltimore resident Allan Bullock, 19, entered a guilty plea for having smashed the windows of a police car after the police murder of his friend Freddie Gray. Bullock was sentenced to twelve years in prison, six months of which are to be served immediately, and the rest to be suspended upon completion of 500 hours of community service, the submission of a letter of apology to the Baltimore Police Department, and 5 years of probation. Any conviction of Bullock for any crime in between now and the end of his probation will have him serve out the rest of his 12-year sentence in prison. Bullock, on the behest of his parents, had willingly submitted to the state, sparing the government the expense of taking the case to trial. However, after turning himself in a judge held him on $500,000 bail.

Contrast this to the sentence given to former Massey Energy CEO Don Blankenship. Blankenship was sentenced on April 6th after being found guilty of Conspiring to Violate Mine Safety Standards. Blankenship was on trial for running his company in a criminally negligent manner, leading to the deaths of 29 miners on April 5th, 2010 in an explosion at the Massey Energy owned Upper Big Branch mine in West Virginia. Miners were killed after a massive ball of methane gas was ignited causing a large explosion. The mine had been cited several times by inspectors for failing to have appropriate methane detection equipment as well as for several previous buildups of methane in 1999, 2003, and 2004 that should have prompted the mine’s management to install new safety equipment. Blankenship was found to have been personally responsible for organized efforts to deceive federal mine inspectors prior to the blast and for willfully ignoring basic safety protocols that would have prevented the explosion . Unlike Bullock, Blankenship did not surrender himself willfully to the state and instead put up a lengthy legal fight that lasted years and cost the government a substantial amount of money. In the end, for directly being responsible for the deaths of 29 miners, Blankenship was sentenced to 1 year in prison, one year of probation, and a $250,000 fine.

This is, needless to say, a gross disparity in sentencing. It goes against all commonly held notions of morality that the sanctity of an inanimate object (in this case, a car window) is put on an equal footing (if not elevated above) the sanctity of 29 lives. It is a signal of how depraved our society is that it is willing to hand out similar sentences for these crimes.

A history of criminal negligence

In reality, 29 is certainly well short of the number of lives ended by Blankenship’s willingness to sacrifice people’s lives for profit. Just four years prior to the Upper Big Branch mine disaster, two miners were killed at the Massey owned Aracoma Alma Mine after a faulty conveyer belt caught fire. 30 minutes after the fire started, miners were told to evacuate the mine. Traveling in a group of twelve miners, Ellery Hatfield and Don Bragg became disoriented after smoke got into the mine’s fresh air intake and they became separated from the group. Hatfield and Bragg put on their self-rescuer devices which provided them with a nauseating, burning chemical mixture designed to give them one hour’s worth of oxygen. They groped around helplessly trying to find their way to the exit doors.

Upon arriving on the scene, rescuers could not go into the mine to search for Bragg and Hatfield due to a number of failures by Massey to uphold basic safety standards. “Not only was the communications system faulty, but the mine’s air system had been reversed, feeding the fire, and the mine maps were inaccurate. It was not until the next day that the flames had been quelled enough to allow a thorough search for the two men.” The next day rescuers found the lifeless bodies of Hatfield and Bragg.1 Later, investigators would determine that legally mandatory wall stoppings that the mine should have had to prevent smoke from getting into the fresh air intake had been removed. Furthermore, during a subsequent trial it was revealed that a week before the fire Blankenship had been personally notified about the faulty conveyer belt. Six days before the fire Blankenship had been told that, “belt strings were wrapped around both sides of tail roller bearings, causing heat to build up and melt grease inside the bearing.” 2 Blankenship, a man who regularly reamed out his subordinates for not meeting production quotas, simply ignored the information. During the trial a mine worker recalled repeatedly insisting to his foreman and the belt coordinator that the faulty belt strings needed to be fixed immediately, they both ignored him. 3 This negligence was stimulated from the top by Blankenship who in an October, 2005 memo sent to all mine superintendents wrote, “If any of you have been asked by your group presidents or anyone else to do anything other than run coal, you need to ignore them and run coal. This memo is necessary only because we seem not to understand that the coal pays the bills.” 4 Time after time, Blankenship made it clear that he cared nothing for safety, only for profits. Including the Upper Big Branch mine explosion, a total of 53 miners died in Massey owned mines between 2000-2010.

Miners weren’t the only ones to suffer from Blankenship’s pathological drive for profit. Blankenship got his start at Massey Energy by directing a subsidiary mining company called Rawl Sales. In accordance with the Clean Air Act, before coal is shipped for use it must be first washed with water so that it burns cleaner. Water that has been used for this purpose is called slurry, it is highly toxic and must be disposed of carefully. Under Blankenship's direction, the company poured 1.4 billion gallons of slurry into abandoned mine shafts. The slurry leaked into underground aquifers and poisoned the drinking water of the surrounding community, which happened to be Blankeship’s neighbors. Blankenship then paid for the construction of a pipeline that would deliver fresh water from the city of Matewan a few miles away directly to his home. His less fortunate neighbors were not given access to this pipeline and an untold number of people contracted debilitating and fatal illnesses.5 Decades later, Massey settled out of court with some of the victims, though it will never be known how many people were truly affected.

In the town of Sylvester, a Massey run operation built a coal-preparation plant on the outskirts of town. “Between Sylvester and the plant stood a high bluff, and the people hardly even noticed the operation. But then Massey removed the bluff to disgorge the coal that lay beneath. From then on, coal dust drifted over the town. It covered not just the outside of the homes but entered inside and coated people’s lungs as well. The Sylvester residents had sued, charging that the coal dust caused all kinds of health problems and changed the life of the community.” 6

In October 2000, Massey had spilled 230 million gallons of coal slurry—the black muck left from cleaning coal with a mixture of water and chemicals—into the streams of eastern Kentucky. This contaminated water typically contains elevated levels of chlorides, sulfates, arsenic, lead, mercury, and selenium. In the past eight months alone, there had been three other spills.” 7

In the town of Winding Shoals Hollow, Massey Energy engaged in mountain top removal mining. They quickly stripped the mountain of coal but were negligent during the cleanup process. Massey had hastily built a massive dirt dam to hold back mountain stream that had once freely flown down the mountain past people’s homes. On July 19th, 2002, at the same time Blankenship was being cross examined in court for engaging in illegal business practices, the dam burst and a ten-foot wave destroyed two homes and damaged many others. 8

Justice is a right, only for the rich and white

Blankenship has never shown any hint of remorse for his crimes, once stating, “I don’t care what people think, at the end of the day Don Blankenship is going to die with more money than he needs.” He considered lawsuits as part of doing business, and spent millions to control the West Virginia political and judicial system. He was rewarded handsomely for what he did and he was a highly regarded national figure in many circles. He was paid $18 million a year plus stock options and benefits while being a board member of the Chamber of Commerce and a director of the National Mining Association. The highest levels of state and federal government repeatedly protected him from prosecution and his company from stricter oversight. George W Bush appointed Massey COO and close Blankenship confidant Stan Suboleski to head the Federal Mine Safety and Health Review Commission. Eventually, Blankenship would fall from grace, but even though his crimes finally caught up with him he will not be punished more severely than a distraught and angry black teenager who smashed a window in protest over his friend’s murder by the state. When taking a look at these cases one can only conclude that "justice" in America is a bad joke. 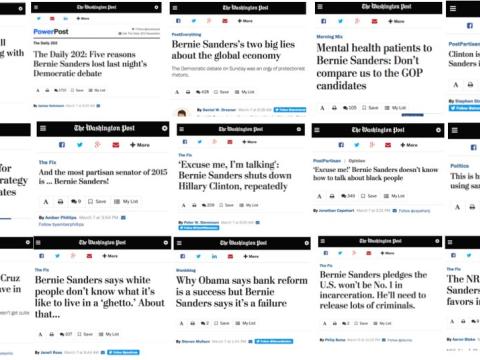 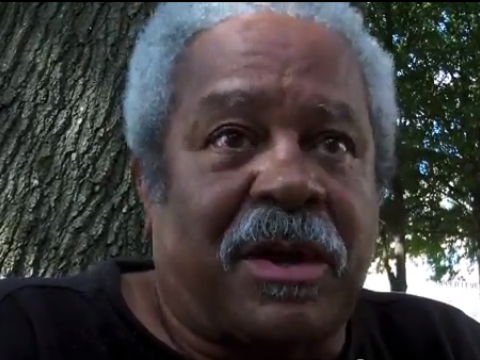