A response to a racist blog posted in support of actions happening at the Speak Up School of English in London.

We are including this a blog primarily to distance ourselves from the "TEFL tradesman". There is a larger issue here that the type of sentiments expressed on the blog in question are heard, in varying degrees, throughout the TEFL industry. These ideas need to be confronted.

We took part in the successful campaign to win backpay for Marta and while we might appreciate the extra research you've done, we'd appreciate if you did it without all the racist sh*t in there.

Let’s be clear: Farhan is a scumbag, but him being Asian is irrelevant. British bosses ignore employment law all the time (we know because we've had disputes with them about it). The practices we helped challenge at Speak Up happen at language schools all around London everyday. The only difference is that Marta fought back.

As for sexism, that's endemic in Britain: two women a week are killed by their partner or ex-partner, 1 in 3 girls experience unwanted touching at school and 30,000 women are sacked every year for getting pregnant. Women are still, on average, paid between 10% and 34% less than men for the same job. So don't come with that 'civilised country' nonsense.

Your attempt to pin all this on the national background of Farhan is not only racist, it's an offense to all women living in Britain who are affected by sexism on a daily basis.

We’re glad you’ve now challenged the person who left the racist epithet in the comments under your blog. That person clearly doesn’t give a toss about TEFL workers and is just some scumbag looking for an excuse to mouth off on the internet. However, you should probably consider what in your writing made that person think it was acceptable to post such disgusting, racist language in the first place.

The bottom line is this: we have Muslim and non-Muslim workmates and will always stand with any of them against dodgy TEFL bosses. Because when it comes to fighting back, ethnicity and religion don’t come into it.

Not surprised to read this. TEFL Tradesman once posted an 'exposé' of a school I was working at based on a tip off from a pissed off teacher, but decided to mostly focus on the physical appearance of the Principal (who was a horrible piece of shit, and they could have focused on that), leading to many teachers to rally behind her.

Might be an idea to put the blog name in the title, for SEO purposes?

Yeah, he seems like a pretty nasty piece of crap all around - he's actually just used a racial slur himself in his response to this on his own blog.

Search engine optimisation, so it's Googleable.

The director at your old school, female, right?

TEFL tradesman: opposing patriarchy over there, while bashing women here.

I want to share this on a TEFL teacher group but they are going to be instantly negatively reactive to the image used here. Is there any chance of changing it, for shareability to people outside of the 'fuck: all' bubble?

That's a fair enough request, although it was hell trying to find a decent pic. So, you know what, you find a pic and it'll be changed.

Also, if you want to promote that request for unpaid labour accounts to any solid folk you know, we could use a few more submissions. 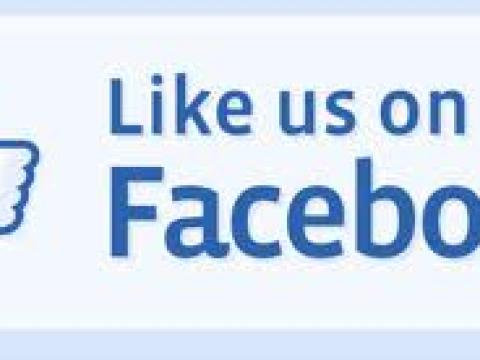 A successful action and a short Twitter callout regarding wage theft at the Speak Up School of English in London. 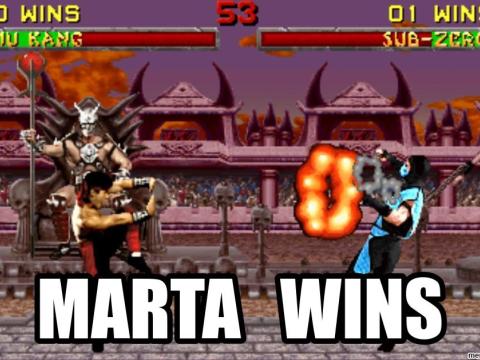 After a short but intense campaign, Marta, a receptionist at the Speak Up London language school, has won a week’s unpaid wages and a glowing… 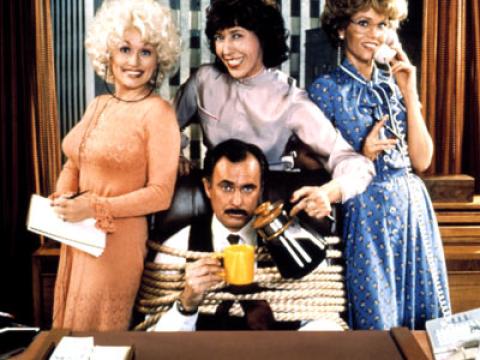 Working for The Man

This describes my brief experience at a (now infamous) language school in London. It would be great to hear from others who have had similar… 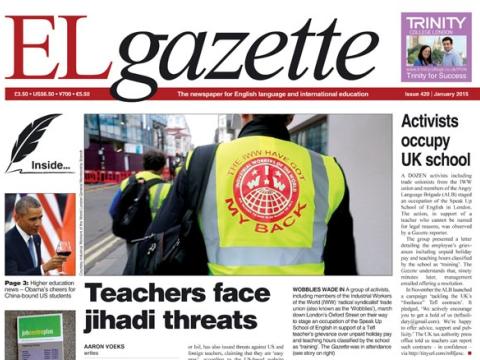 Angry Language Brigade on front cover of the EL Gazette

As part of a successful campaign to help a fellow EFL teacher recover thousands in stolen wages, the…