Return to work at Ashulia

Thursday 21st June 2012, Ashulia, Dhaka; after a week of intense struggles for higher wages, followed by a 4-day lockout of half a million workers (see earlier article[1]), 350 factories in the industrial zone come to life again.

With losses of $10 million a day mounting, factory owners could not force the hand of the workers by demanding unfavourable terms. In fact due to the lockout it may take some time for the workforce to return to full strength; by the second day of the lockout thousands of workers were leaving the industrial suburb, returning to their family villages. There at least they would have a roof over their heads and would not starve. This only reinforces the fact of the great inadequacy of their wages; the indefinite lockout quickly meant the weekly rent could not be met and weekly credit in the food shops was withdrawn, so life in Ashulia became impossible for many. Trying to survive on the lowest industrial wages in the world means many garment workers are only one pay packet away from eviction and the beginnings of starvation.

Some also left to avoid the police raids in workers' residential areas in the aftermath of the riots, while other workers left to seek work elsewhere. On return many workers refused to return to the Hameem Group, the workplace originally at the centre of the dispute.

Garment bosses are making the usual complaints; that this has done terrible damage to their international reputation; that it may have done irreparable damage economically and that there are dark foreign and internal forces leading astray the innocent workers etc. True, the losses of the 4-day shutdown and 10 days of strikes and property damage preceding it may top $100 million - yet, while some smaller firms may suffer, the industry overall has always previously bounced back quickly from such unrest and continued to grow.

Still, the costs are considerable. Of almost $20 billion of annual Bangladeshi garment exports, around 20 per cent come from units located around Ashulia. Contracts with buyers must be renegotiated and the extra costs borne; while the carrying cost of a piece of cloth is only two cents by ship the air shipment cost comes to around $1 to 1.50 per piece and buyers are demanding speedy delivery of already-late shipments. 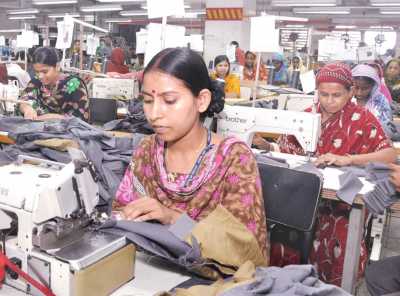 But perhaps the greatest damage done by the unrest that began last month is to negotiations with the US for the garment industry's duty-free access to the massive American market;

... "I've been contacted by a huge number of US buyers who expressed concerns over the reputation of the garment products of Bangladesh," [US Ambassador] Mozena told reporters after a meeting with Finance Minister AMA Muhith at the Ministry on June 11.

...
The BGMEA employers federation claims there is "a 20 percent shortage of skilled labourers in the industry" - this and the economic urgency of fulfilling orders has led to a promise that workers will be paid for the 4-day lockout. But though workers are returning;

... they are resolute to pursue their demand for wage hike. Shafiqul Islam, an 'operator' of a factory who joined his work today, told the correspondent that his family cannot survive in Ashulia without a wage hike.
"The rent of the room me and my wife live in has been increased to Tk 2,500 from Tk 500 per month in January this year. We're being told of another rise in the rent very soon. It'll be impossible for us to live in Ashulia with my monthly salary of Tk 6000," he added.

As in capital cities across the planet, the percentage of income paid out in housing costs in Dhaka has shot up in recent decades;

...the Consumers Association of Bangladesh (CAB) in its recent study showed that house rent in the city has increased about by 350 percent during the last 22 years while the jump was 15.83 percent higher in the last year (2011) than that of previous year (2010).

Take Rahima (her real name withheld), for instance. She earns Tk 4,500 a month, and pays Tk 1,000 per month for her one-room shanty. Her landlord now wants Tk 1,400.
Over the past several months, she had to skip eggs, the almost one and only source of protein for low-income group people.
“Four eggs cost Tk 40 now. When my wages were increased [in late 2010] they cost Tk 24,” she says as she explains why she cannot afford eggs any more. [...]
“Inflation is cutting into workers' purchasing power,” says Ahsan H Mansur, executive director of the Policy Research Institute, adding that food and housing are the two major expenditure items for the garment workers.
A garment worker spends 60 percent of his income on food, which is the same as the national average; and nearly 25 percent on accommodation, which is 7 percentage points higher than the national average of 18 percent in urban areas, he adds.

The state has also promised to distribute subsidised rice rations to garment workers. A similar policy was attempted a few years ago but failed due to the employers' failure to administrate the scheme adequately[2].

"Our lives shall not be sweated from birth until life closes;
Hearts starve as well as bodies; bread and roses, bread and roses."[3]
These developments in the balance of class forces appear reminiscent of the evolution of class relations in Western societies during their industrial expansion, as welfare concessions and improved working conditions enforced by state regulation were gradually won. Similarly, the predominantly female workers want 'not only bread, but roses too' and are emphasising an increasing value for leisure time;

Analysts following the garments industry say RMG workers are becoming more conscious about work-life balance. Workers in the garment sector are reluctant to take extra workload, avoid long shift, do not prefer to work at the weekend, and even dislike overtime in many cases. Financial benefits seem to be no longer powerful enough to keep the workers for overtime. So, the garment factory with less workload and overtime facility attracts more workers.

June 23, Pabna, a north-western city; Barely a week after the agitation ends in Ashulia, 300 sacked workers of Roshita Knitwears Ltd and Megatex stage a demonstration in Ishwardi Export Processing Zone demanding their reinstatement, released of arrested comrades and a pay rise. Supporting their demands, their working colleagues go on strike in the two factories from 11am to 2pm. The sacked workers were recently dismissed for demanding a pay rise.

June 25th, Dhaka; garment workers' organisations - who are banned by employers from functioning as workplace unions - make a formal demand to employers' federations BGMEA and BKMEA for a rise in the basic monthly minimum wage from Taka 3,000 ($36) to Taka 7,000 ($85) and for a new wage structure for all grades of employee. The employers have three weeks to reply. 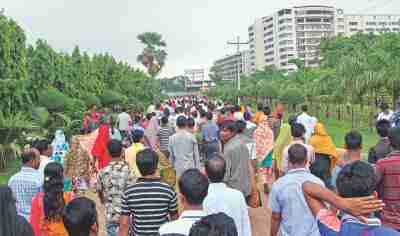 Workers are back at their machines, awaiting an offer for a much improved wage - a decision is promised in mid-July.

NOTES
1] http://libcom.org/news/resistance-high-garment-workers-force-shutdown-350-garment-factories-18062012
2] Just as with many welfare benefits in western societies, one can note that these policies to ease the shortcomings of poverty function as state subsidies to the profits of garment bosses - and only make it easier for them to keep paying inadequate wages.
3] As we come marching, marching, we bring the greater days.
The rising of the women means the rising of the race.
No more the drudge and idler - ten that toil where one reposes,
But a sharing of life's glories: Bread and roses! Bread and roses!
(Bread and Roses - J. Oppenheim)
James Oppenheim's poem was turned into a song. It became associated with a 1912 US textile workers strike in Lawrence, Massachusetts which was led by the Industrial Workers of the World. The lyric was inspired by a demonstration during the strike. During a parade through Lawrence, a group of women workers carried banners proclaiming "Bread and Roses."
See; http://libcom.org/history/articles/lawrence-textile-strike-1912 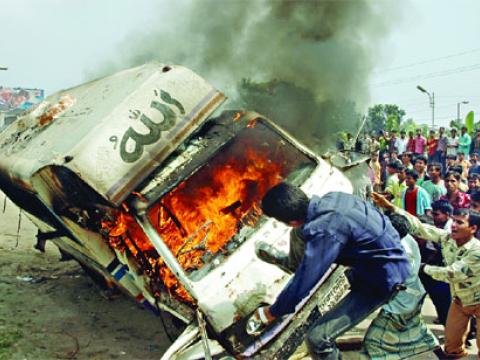 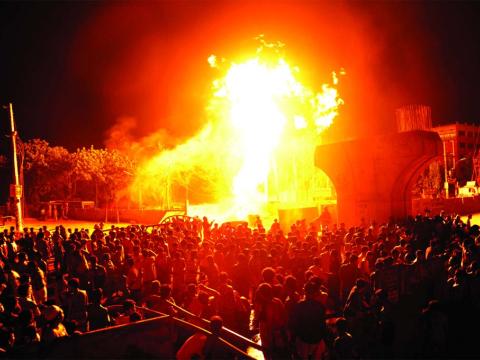