Review of The New Brazil: regional imperialism and the new democracy.

Originally posted to the South Florida IWW blog. The following piece is a review by Miami IWW member, Scott Nikolas Nappalos. He provides thorough overview of The New Brazil: Regional Imperialism and the New Democracy where he explains Brazil’s economic and political history and analyze the concept of imperialism. It is a well written piece and we recommend everyone to read more below.

Raul Zibechi is an Uruguayan writer and activist who has increasingly adopted bottom up horizontalist politics within a dialogue of struggles in Latin America. His latest work to be translated into English, The New Brazil: regional imperialism and the new democracy, is a further step into questions Zibechi and millions of others have been grappling with in the Southern Cone.

The rise of Brazil may seem meteoric and mysterious to people observing it casually. Brazil grappled with cycles of severe crisis, inflation, and conflict, and for much of its recent history played a subordinate role to the domination of multinational interests. Since the crisis of 2008, Brazil’s success within global capitalism has led to large-scale shifts in the geopolitical landscape. Social programs have blunted some aspects of institutionalized misery, the economy has come into its own, and importantly Brazil increasingly plays a central role internationally as a capitalist power.

Zibechi’s book breaks this reality down and does so by looking at the companies, stakeholders, politicians, and power brokers. It’s written in plain language and for readers who do not need much familiarity with Brazilian history as he summarizes the country’s previous condition and issues.

The core of the text revolves around how Brazil came to the power it has recently acquired, and how to understand its exercise of those powers onto other countries, peoples, and within Brazil. The first half of the book lays out the major players and history of Brazil. Beginning with Brazilian political thought from after WWII, he traces the trajectory through the dictatorship to the present day where the union cadres and bureaucracies have become unparalleled managers of capitalist sectors and produced what some have called an emerging empire. While specific to Brazil, the central role of the unions in seizing sectors of the market and using their position, skills, and power to advance capitalism is a lesson that has parallels and potential everywhere though it’s particularly concentrated there. The partnership of the official left and Brazilian capital is essentially unexplored in the US, and yet has been perhaps the way in which Brazilian capitalism found to develop beyond previous cycles. These are elements missing from most discussions of the populist and left-electoralist waves in Latin America, especially in light of the arguments of the second half of the book.

The remainder takes on whether Brazil has become an imperialist country, specifically looking at its economic, political, and military intervention in a series of countries (Uruguay, Paraguay, Argentina, Peru, Ecuador, Bolivia, and Venezuela). This is a treasure trove of information most North Americans would be generally unaware of. Brazil’s active campaign to exploit resources regionally, compete with other world powers, and dominate neighboring countries provides a real challenge to traditional leftist anti-imperialist rhetoric. Without taking a strong position on any side, Zibechi outlines debates about whether Brazil is merely sub-imperialist (actually enforcing the needs of stronger nations) or full-blown imperialist. These positions are old for Latin America, but are largely unknown in the US and run against the current of the often-simplistic thinking cashed out in first-world and third-world visions of the relationships of States and economies. Particularly the theory Zibechi describes that all capitalism is inherently imperialist throws off the moralistic rhetoric and is likely shocking to some readers in the US.

The case of Brazil and debates over how to understand imperialism when countries like Brazil go off the script of the domination of Europe, the US, and Japan raise important issues. There is too little questioning of the whole history and concept of imperialism and whether it ever really reflected the world in the way leftists sought. If all capitalism is inherently imperialist, and imperialism penetrates every region and economy beyond simplistic notions of a few dominating nations, then it’s unclear what role imperialism as a concept plays. The text merely lays out different positions, but questions long deferred around the usefulness of imperialism politically come to mind.

The last section of the book discussions responses from below by Brazilians to their changing environment. The intricacies of union dissidents, the MST, and other social movements are not widely available in English and much less discussed. The difficulties and lost ground of social movements with the rise of the PT may be surprising to some, but Zibechi approaches it as someone who is a lifelong critical supporter of the struggles. The recent explosions around transit costs and the world cup are thankfully included, and Zibechi attempts to analyze where these protests came from and what they mean.

It seems a good stuff about the Brazil economy and the imperialism their. It's also a good piece about the history and Brazilian politics.

If all capitalism is inherently imperialist, and imperialism penetrates every region and economy beyond simplistic notions of a few dominating nations, then it’s unclear what role imperialism as a concept plays. 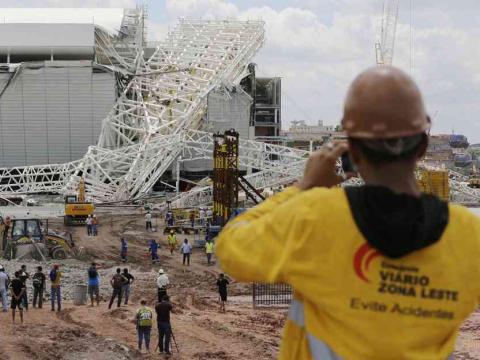 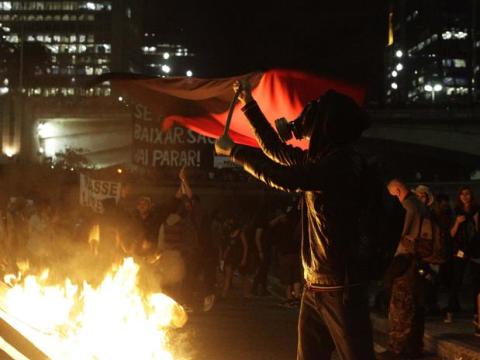 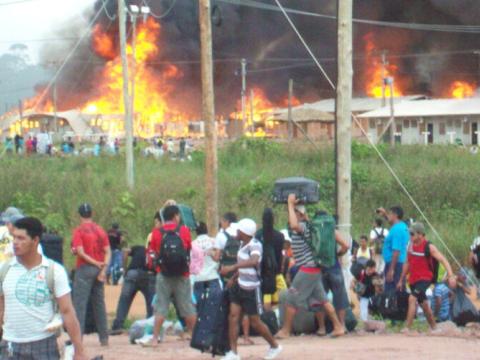 From the management of June 2013 uprising to Bolsonaro’s ordered revolt.
Image 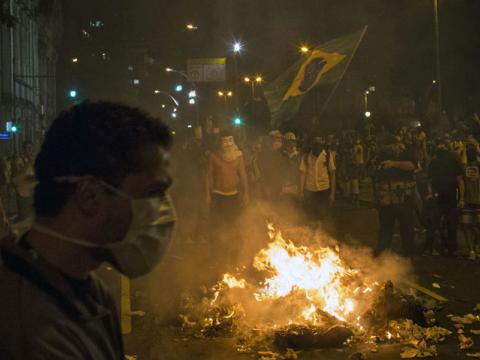