‘Rewards for fat cats, the sack for you’: the Tower Hamlets Council workers’ strikes

On July 3rd, Tower Hamlets broke a COVID pandemic ceasefire with its workers by firing most of them – around 4,000 people – and rehiring on worse contracts. The attack, branded ‘Tower Rewards’ by the council and ‘Tower Robbery’ by everyone else, affected workers in administration, schools, housing, social care, drug and alcohol services, youth services, street cleaning and libraries (or ‘Ideas Stores’ as Tower Hamlets calls them).

Workers in UNISON, one of the four main council unions, voted for unlimited strike action in February. Strikes planned for April were called off because of the pandemic. Then, instead of the all-out strike members voted for, UNISON’s regional officers watered the action down to three limited strikes of three days each – two for July and one for August. The strike call applied to around 1,500 workers across council departments like social care, schools and housing support. Workers represented by the other main council unions – Unite, GMB and NEU – didn’t strike, although on some days refuse workers and school bus drivers respected picket lines by refusing to drive out of their vehicle depot. This was, in fact, the only true picket of the strike. The others were more like small street demonstrations outside buildings that were closed or largely empty, due to pandemic working arrangements and restrictions.

We thought the dispute was important beyond its local significance – maybe a kind of ‘litmus test’ for how things might develop more widely. Tower Rewards is the kind of strategy bosses are scaling up to cut labour costs, restructure work processes and reinforce worker discipline, all over the UK and beyond – more and more using the brutal ‘fire and rehire’ tactic. It was the first example of large scale, organised pushback by council workers in England. It was also kicking off in the heat of the pandemic, when private and public sector workers were stretched to keep services and supplies going. There seemed to be rising awareness of who actually are essential workers, and what is essential work. So there was a potential for this fight to spill out of the usual limits.

AW comrades connected with strikers by getting involved at picket lines, talking to strikers and local working class people. We wanted to know the real motivations of the dispute below the headlines, to understand the strengths and weaknesses of the fight, and see what solidarity action could look like. One of us was also a militant striker, which meant we could get a closer take on what was happening among one fairly well organised group – social workers – and how they were interacting with the union and management apparatus. We produced a leaflet to hand out on the street to start political conversations and test our ideas. We made some worker interviews, and wrote about the strikes on our website.

Here are some of the things we found:

• The things that strikers disliked most about the new contracts was the reduction of flexible working arrangements and the big cut in redundancy terms. Flexible working is mainly something used by white collar workers. Losing it would make it hard for some of them to balance work and normal life, especially those with families. People thought the cut in redundancy pay terms meant once the new contracts are safely in place, the council will be looking to fire existing staff wholesale and restructure the workforce.
• Beyond Tower Rewards, there are plenty of other big and small grievances which could energise the fight, from hot desking arrangements and getting reimbursement for work expenses, to management bullying, intensifying workload and increasing red tape. In fact, with hindsight, our contact in the social worker group thought he and his colleagues might have been even more motivated by these long-stranding work grievances and diffuse anger against management, than they were by the complicated technical insult of Tower Rewards.
• There was no hostility to the pickets from local working class residents, and plenty of moral support – yet very little general awareness of what the strikes were about, or even that they were happening. The council declared itself to be ‘well prepared’. We can take that as meaning they were holding their breath and hoping for the best, but in the end there was little obvious disruption to services – at least not the kind that would put the screws on.
• It was hard to assess the internal strength of the strike, because many workers were working from home anyway. Some were making up for strike days by working harder just before and after, some offices were closed anyway due to COVID. Some managers were sympathetic, or striking themselves. Some workers carried on doing the things they considered ‘essential’ – like staying in touch with some clients – but not doing other things, like paperwork. Sometimes, because of the chaos, it wasn’t even clear workers would lose pay by being on strike.
• The pickets we talked to were upbeat about being on strike, but had few suggestions about what winning might look like, or even how the dispute could be won, beyond ‘putting pressure’ on the council. This meant letter writing and lobbying local and national Labour politicians. People were encouraged to think like this by UNISON and its leftist cheerleaders, whose entire strategy seemed to be to whip up a mood of popular moral outrage and somehow embarrass the council into submission.
• UNISON is an entirely average union, in being shockingly ill equipped to cope with any kind of collective disruption except by making it as tokenistic and ineffective as possible. The union sets out its stall to provide services to individual members, and to represent. The higher you go up the hierarchy – from local shop stewards to the branch secretariat to the regional office to the top dogs – the more its officers are scared shitless by the law and worried about losing money. This motivates them to limit strike days, organise protest rather than strike enforcement, create delay, drag their heels and generally suck away everyone’s time and energy. [1]
• UNISON doesn’t have its own member mailing list, let alone any infrastructure for proper worker discussion, except for mass Zoom meetings where the same bigwigs made the same empty speeches. In the heat of a strike, workers were therefore forced to use the employer’s own email system, or easily-infiltrated channels like WhatsApp.
• On the flip side of the same coin, the union monopolises and de-oxygenates the organising space, so it’s difficult for militant workers to even approach colleagues without having some kind of union authority. Basically, you have to be a shop steward to avoid being singled out. Then, finding other militant workers to co-operate with turns into an effort to persuade them to be shop stewards themselves. However, if militant workers take up these positions, they may quickly find themselves in conflict with the branch or regional hierarchy. UNISON has form when it comes to cracking down on bolshy reps. Becoming a shop steward might seem the best or only option to talk to more people, you might find yourself up against more than just the bosses. [2]
• When rank and file workers seem passive or apathetic, that is made to look like a deficiency in their attitude, or a sad lack of class consciousness – rather than something the union-management regime cultivates day in day out. If a strike is thinly supported or weakly enforced, it then looks like the workers are letting the union and themselves down rather than a structural, predictable outcome.
• There are bright sparks in the gloom. One section of social workers organised a series of independent forums to discuss collective grievances. They successfully put forward demands for more pay, backdated in line with the contracts being offered to new workers. They did it collectively and directly, without going through the UNISON machine. It might seem ironic that the best organised group of workers in the strike is one the council were hoping to be able to buy off. Now this skirmish has been won, if they communicate about their success and how they did it to less ‘privileged’ groups such as school kitchen workers, it may encourage them to rethink the fight and create a material basis for solidarity. Nothing succeeds like success.

Since the summer strikes in Tower Hamlets, the crisis in local councils has deepened and spread. Tower Hamlets itself implemented a recruitment freeze, and is now mandating cuts of around 50% in the provision of Special Educational Needs and Disabilities (SEND) teaching, an essential service if ever there was one. SEND teachers struck in December, and are threatening to do so again in January. Croydon Council announced consultations on firing 15% of the workforce, then declared it was effectively bankrupt. Refuse lorry drivers in Thurrock are threatening to strike if the council goes ahead with cuts to the bins service. And this is just in the local authority sector. Beyond this, attacks on workers are intensifying all the time, using the COVID crisis as leverage and cover.

Looking back and forwards: AW comrades formed a small local group around the strike. We got together a bit late in the day to form a really effective crew, meaning we fell short on some basic safety protocols at the vehicle depot picket – one of us got isolated and arrested. It was perhaps naïve to intervene without more planning in a hot situation carved up by an SWP union branch secretary, an angry depot manager and the police.

We had useful conversations with strikers elsewhere, but it was difficult to make contact with some non ‘white collar’ striker groups, because they weren’t as visible on the pickets and demonstrations. We don’t know exactly why this is and if there had been more of us we could have found out. We thought possible reasons might be discomfort, unfamiliarity or even disapproval around the whole street picket ‘thing’; people treating the strike days as a chance to just take a load off and stay home; and perhaps nobody really asking them to get involved.

We produced a decent leaflet, also a fly poster designed to raise local working class awareness of the strikes and link the strikers’ issues to wider working class frustrations. In the end our effort was simply too small to distribute widely enough. Rebuilding East London Wildcat as a local AW collective in Tower Hamlets is part of the plan – so get in touch if you’re in the area and want to get involved.

Since the summer strikes in Tower Hamlets, the crisis in local councils has deepened and spread. 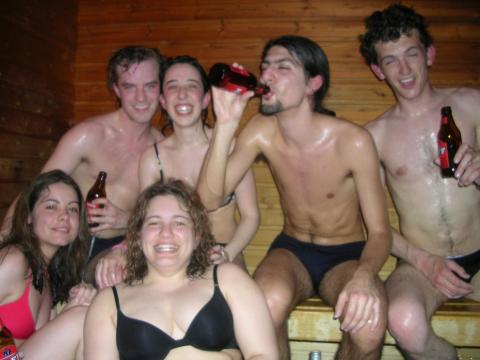 One article for issue #4 of WorkersWildWest - out soon! Ealing Council wants to sell off the land,…

Predictions that a compromise agreement used by union chiefs to stand down strike actions over government pensions would fuel futher attacks are to be dramatically fulfilled.
Image 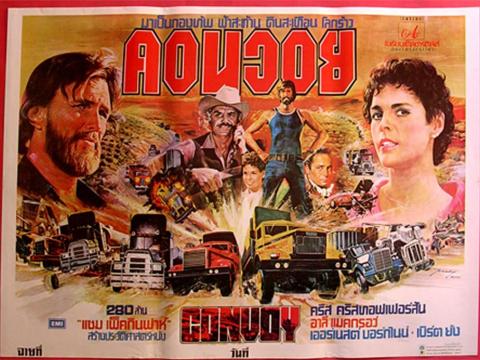 Messing with the drivers! Situation at Wincanton/Sainsbury's Transport Office in Greenford, West London