The letter which follows is part of the ongoing debate with some Russian comrades who find themselves operating, as it is easy to guess, in a very difficult environment: one that is even more scarred, if possible, by the devastation produced by the Stalinist counter-revolution and the rubble it has left behind.

This means, as the comrades themselves write, that many of the working class either hate “communism” as totalitarian tyranny, or wallow in Stalinist nostalgia for a more secure past than they have now. This letter to the Russian comrades is, therefore, a contribution to the debate among what are still the thin ranks of the revolutionary advance guard. It underlines some of the crucial problems that we find ourselves facing in the path towards the construction of the class party.

Comrade A sent us your e-mail exchange, where he raises very important questions relating to our intervention in the wider working class, as we look to build the international party, for communism. We are thus sending you our thoughts, to make our contribution to the debate and your political work. Obviously we can only make some general but practical points to outline in principle our lines of intervention in the class.

Our starting point has to be the state of the class struggle and the organisations which arise with it during the capitalist crisis, both in the Europe and in Russia. Faced with an increasingly open and ferocious attack on the proletariat’s living and working conditions by capitalist elites and their governments, our class in general, albeit in a different way from country to country, has not found a way to respond to match this ongoing asault. The mechanistic view (which is certainly not ours!) of "crisis = revival of the proletarian struggle" has collapsed in the light of the actual class struggle. We have seen how our class, devoid of an alternative perspective to this system, is largely ineffective in trying to defend its previous living and working conditions. Increasingly it has acted as an "auxiliary and subordinate force" within the confines of the bourgeois system, its role defined by various bourgeois forces, which from time to time claim to offer an alternative in a confused and confusing way, while they work to consolidate themselves within the system itself. In the face of the capitalist offensive, this "subordinate" position in the process of restructuring production and society required by capital has meant that the old political-organisational instruments have been overwhelmed. Class interests have been shattered via corporate, sectional, and interracial divisions ... thus putting our class enemy in the best position to divide and rule in the class struggle. This is reflected in the limitation of political movements to goals and forms compatible with the structure of the system.

There have been plenty of occasions when general movements have taken to the streets as a result of contradictions in bourgeois politics. But generally these movements have remained within a reformist — however radical — logic, expressing the subordination of class interests to capitalism.

As you can see, our class faces a double contradiction: on the one hand due to the effects of the bourgeois offensive, and on the other to the damage done by short-term reformist demands within the class, even when those demands are painted as "revolutionary". These are general problems, but they come down to the individual workplace, the single district, or the single school, and influence the conditions and environment in which we operate as internationalist communist militants. It is a harsh environment, where it is difficult to operate and make immediate gains.

But despite this, the struggles, whatever they are and whatever form they take, compel us to participate in them in order to develop our politics. Our belief, based on practical experience, is that we have a long period of work in the class ahead of us, where we must take advantage of the spaces that the struggle gives us and translate them into political initiatives. Our own practical experience has been able to show us the validity of some criteria of political work.

The first is REALISM in what we expect from this work and in the tools we use. In this we must take into account the objective situation of the struggle (how it develops, its demands, the elements at work within the workers' action and their politics, the action of the bosses/state...), the capacity of our forces and what possible tools to use for our stated political objectives. So, being realistic means always making a concrete analysis of the real situation, in the actual course of events.

Our involvement gives us experience, distinguishes us politically, and allows us to keep the discussion going around our positions. Beyond the course and outcome of the struggle itself, we can also begin to establish an anti-capitalist awareness and the need for communist revolution, organising the most conscious elements on this basis, as far as the situation allows us to.

We must consider the workers' struggle as the "political space" where we act and at the same time we must know that without a real experience of acting among the workers there is the risk of formulating "tactics" in the abstract. This is why we always PLAN a minimal activity which can develop the continuity of action and its possible forms.

The goal is to BE RECOGNISED and to become a REFERENCE POINT for workers. So workers learn about WHO WE ARE, HOW WE THINK and WHAT WE DO. This is the first step required for the construction of an "environment" where we are seen as a political reference point and gives us the opportunity to build a revolutionary political organisation.

The harsh conditions in which we often have to materially act tell us what the most appropriate methods of acting are, both within any workers’ mobilisation and, generally in our workplace every day.

The key aspect certainly has to be agitation and propaganda. In terms of practical content, this must operate on several levels: from taking charge and evaluating the workers’ struggle (where and when it is present), to criticising employers' initiatives, as well as the proposals and perspectives of the fake-communist and pro-bourgeois forces who are present in political and/or union form, to politically pointing towards an anti-capitalist platform of struggle as the next step. Our literature should be disseminated, discussed and passed between workers by the workers themselves.

But we have to do more than produce material that concerns only work issues. There are conditions and opportunities given by developments in the life of the bourgeois regime: the crisis, a more general struggle movement, an international war, etc., in which we can have our say, bring our point of view and call for discussion with those workers, comrades, who give us their attention and are more sensitive to our positions and open to reflection.

Let’s repeat it: building an organisation is no simple task, but it is an extremely contradictory process and full of problems hostile to our activity. Such problems can overwhelm us at any moment, and perhaps force us to back off from what little we have already managed to set up. But this is the dialectic of building a revolutionary organisation in counter-revolutionary times, where the bourgeoisie has an overwhelming ideological force over a backward working class.

For this reason we cannot imagine, even though we would like it, being able to immediately move who knows what sections of the class to our positions. Reality tells us that our task – at this stage – is to introduce the principles of anti-capitalism to the wider class, in order to raise the POLITICAL level of the struggles themselves.

This by no means implies simply pushing the trade unionist struggle towards ever more radical positions, or aiming at its expansion to other sectors – elements of which, if the conditions and concrete possibilities arise, we work on – but, starting from the immediate situation, we bring out the contradictions in the structure of the capitalist and bourgeois regime. In this way we avoid the risk of unwittingly becoming quasi-unions, even if on an extremely radical basis.

We know that at this stage in the construction of an organisation, for the reasons mentioned above, our task is to organise amongst the most receptive elements of the class. Organising the most conscious elements means attracting them to our political positions with a scheme for discussion and confrontation of ideas, thus deepening and making a progressive evaluation of their ability and willingness to join and politically work with us. In practice, it means that deepening discussions and debates, where the face-to-face situation matures, must be accompanied by a framework of practical tasks that those comrades who are close to us must undertake in order to develop the overall organisation of the vanguard (the revolutionary party). Even at this level, work for the development of the "Party", is full of pitfalls and suffers from the contradictions of the period. In our practical experience we have found ourselves more than once dealing with good militant vanguards (what Lenin called the factory avant-garde) or social activists, but we have been unable to detach them from simply the immediate struggle towards a more general perspective where political militancy goes beyond the limits of their inclination for practical, immediate action (once again: largely trade unionist, however radical), to arrive at Party militancy.

But the areas of debate and discussion we have, between and with workers, must still be exploited so that we can consolidate a group of comrades, however small the number, who have adopted our positions both politically and operationally. This itself is an achievement that has to be consolidated and developed in a process of theoretical-political-practical consolidation.

We have tried to respond to your notes in the clearest and most practical way possible. It is obvious that practice must always follow the dictates of fundamental political criteria, which we have to learn to translate into the concrete situation.

So dear comrade, hoping that these considerations will be useful to you, we leave you our revolutionary greetings.

Our belief, based on practical experience, is that we have a long period of work in the class ahead of us, where we must take advantage of the spaces that the struggle gives us and translate them into political initiatives. Via this red thread, which involved the interpretation, application and defence of revolutionary Marxism against various denials and betrayals,…
Image 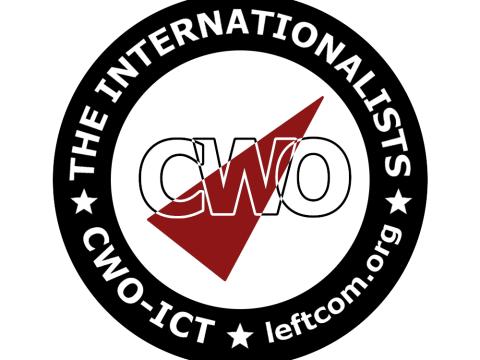 The article which follows is a transcript of an introduction to an online meeting of CWO members and sympathisers on 21 November 2020.
Image 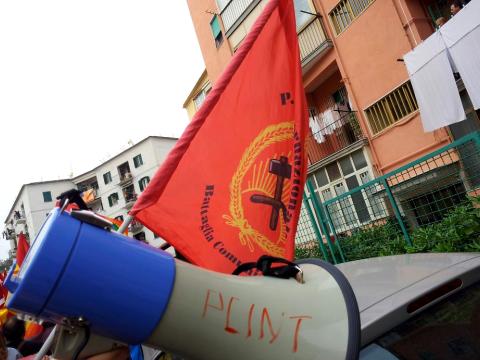 For the Party to live a real life – in, with and for the class – well, this does not depend only on our will and abilities, on the contrary, it…
Image 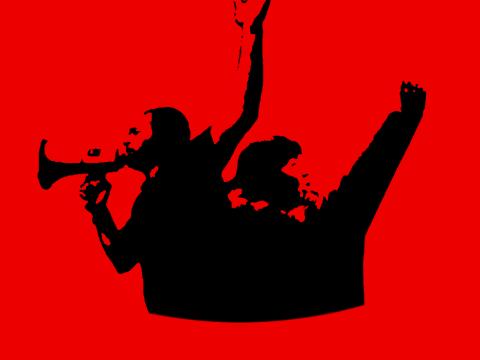 May Day 2021: The Only Future for Humanity is Communist Revolution

We are certain that humanity is capable of recovering from the many evils that afflict it today, but…