Over 200 workers in Myanmar have escalated their strike against the unfair dismissal of a union activist, setting up barricades around the factory with bosses trapped inside.

The Myanmar Times reported that the factory, which produces socks for export, has seen protests since August 7, the same day that worker activist, Ko Soe Thura Ko, was fired, demanding they be rehired and that management allow the creation of an independent trade union.

Management gave workers until August 22 to return to work and, when workers refused out of solidarity with their workmate, sacked 228 out of around 400 workers.

“The factory officials violated the law. They fired us without proper reasons. Now we’re also forced to break the law. We resorted to blockade in search of a better outcome

“The factory denied both rehiring and compensating. We have no other choice than to build barricades. It can last more than two months if we go with the routes of arbitration councils system and strikers have problems with their daily expenses”.

Factory bosses were trapped inside the factory by the workers on September 4 and have since reported to the authorities. However, they continue to refuse to meet with workers to discuss a settlement to the strike.

Ko Aung Soe Min, an official for the labour organisation We Generation trying to find a resolution to the dispute, said

“Today, the worker’s demands were completely denied. The factory blocked every possible route for conciliation. We don’t encourage the barricades as it is illegal, but we also don’t object to their strike”.

Strikers have said the barricades will continue until their demands are met. They demand to be to rehired at their former post or to receive some form of severance pay, in accordance with labour law.

The factory officials violated the law. They fired us without proper reasons. Now we’re also forced to break the law. We resorted to blockade in search of a better outcome 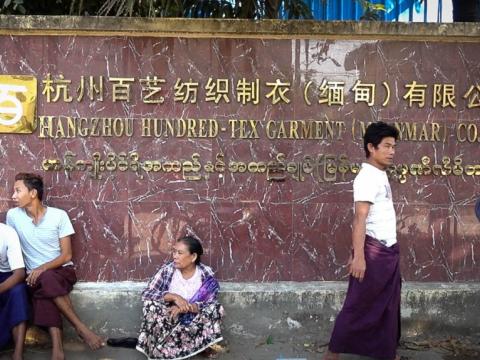 Soe Lin Aung examines a recent strike-cum-riot at a Chinese-owned H&M supplier in Myanmar, digging beyond the headlines into its local context… 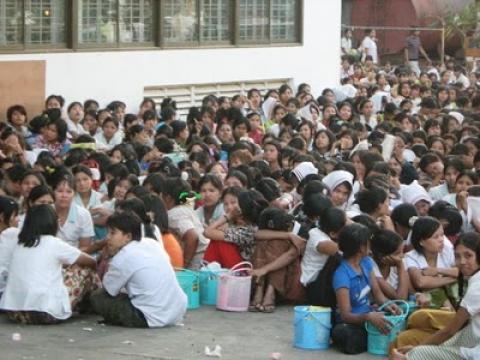