Members of the International Longshore and Warehouse Union (ILWU) Local 10 in San Francisco have passed a motion to stop work and march on the site of a white nationalist gathering later this week.

The rally has been organised by the far-right Patriot Prayer group, whose leader Joey Gibson has a history of organising rallies attended by white nationalists and violent racists such as Jeremy Christian, the man who stabbed two men to death on a Portland MAX train as they intervened to stop him racially abusing and threatening two teenage girls.

Gibson has made pains to distance himself from more explicit neo-nazis in the fallout following the Charlottesville protests, where a white nationalist drove his car into a group of anti-racist demonstrators.

However, Gibson’s sincerity has been questioned particularly has it has come to light that the Oath Keepers, a heavily-armed far-right militia composed largely of ex-military and ex-law enforcement personnel, will be providing security for the event.

To combat this, a rank-and-file union meeting of ILWU Local 10 has resolved to stop work on Saturday 26th August, the day of the rally, and march to Crissy Fields, where the rally is due to take place.

In a statement, the ILWU Local 10 declares that:

far from a matter of “free speech”, the racist and fascist provocations are a deadly menace as shown in Portland on May 26 when a Nazi murdered two men and almost killed a third for defending two young African American women he was menacing; and our sisters and brothers in the Portland labor movement answered racist terror with the power of workers solidarity, mobilizing members of 14 unions against the fascist/racist rally there on June 4.

The statement goes on to cite ILWU Local 10’s “long and proud history of standing up against racism, fascism and bigotry and using our union power to do so”, citing their May Day 2015 shut down of Bay Area ports and march to Oscar Grant Plaza against racist police violence.

In 1939, two years before the attack on Pearl Harbor, West Coast longshore workers boycotted ships exporting scrap metal to Imperial Japan to build armaments for their invasion of China with workers picketing the ships along the waterfront up and down the coast.

In 1984, Local 10 boycotted the South African ship Nedlloyd Kimberley for 11 days as a protest against apartheid and in solidarity with the struggles of black workers in South Africa.

On January 20th 2017, the day of Donald Trump’s inauguration, management requested that Local 10 dispatch 354 longshore workers, but only 35 showed up, again resulting in an almost total shutdown of the port in a de facto strike against Trump.

Most recently, on May 25th 2017, 100 longshore workers in ILWU at the Port of Oakland, 60% of whom are African American, walked off the job for half a day after finding a noose inside a dockside truck, as well as seeing the ‘n-word’ scrawled on port equipment inside the customs-secured area of an intermodal container terminal.

This most recent motion is seen by many as a continuation of ILWU Local 10’s tradition of using their industrial might in the service of progressive movements.

Also in the Bay Area, Nazi electrician forced to quit his job by angry co-workers: https://itsgoingdown.org/johnny-ramondetta-quits-job-unite-the-right/

The Patriot Prayer Rally was just canceled by the organizer Joey Gibson, who said he believed that “tons of extremists” would be coming to his event and that it could be dangerous.

Yet in San Francisco today, the following anti-white nationalist demonstrations have taken place or will happen soon (as of late afternoon Friday, August 25th):

• Crissy Field in the Presidio [site of now-canceled Patriot Prayer event], rallies at noon and 7:00 p.m.

• "Light Up the Night from Charlottesville to Chinatown: No Hate" vigil, 6:30 p.m. at Chinese Cultural Center on Kearny Street

Perhaps some others that I missed. Plenty more tomorrow (Saturday) and then round #4 at Provo Park in Berkeley on Sunday for opposition to the "No Marxism in America" rally.

Yet Joey Gibson just mentioned a press conference tomorrow at 2:00 p.m. at Alamo Square Park in the center of San Francisco.

Report back from rally and march on Friday, August 25th: 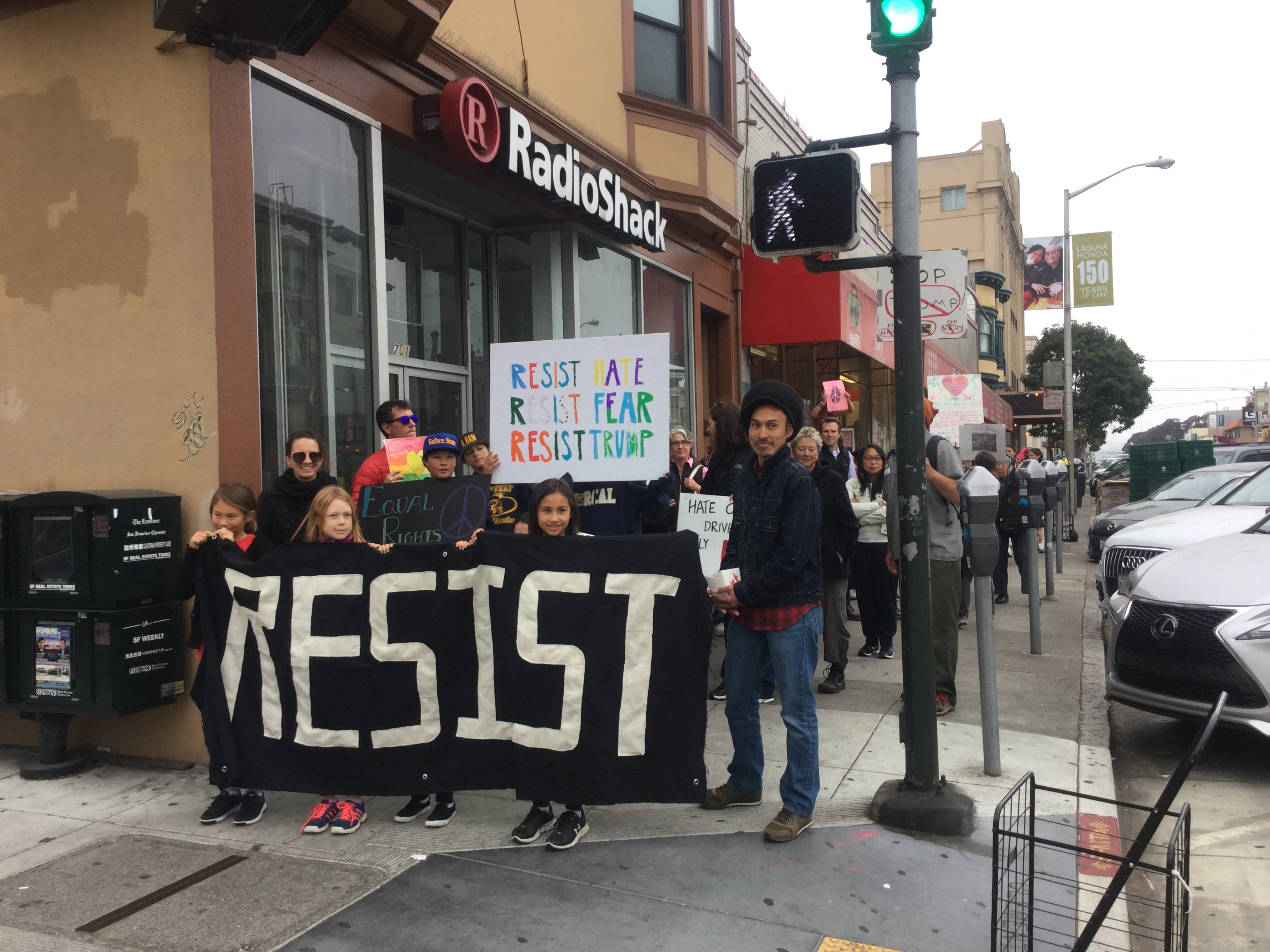 About 45 people attended an event entitled "Richmond District Against Racism: Solidarity with Charlottesville." It started as an impromptu rally at the Richmond Branch Library on 3rd Avenue, which drew locals on a few days notice. Most were inspired as the Inner Richmond is next door to the Presidio and Crissy Field is a 20-minute walk away.

Pictured above are Roosevelt Middle School kids who painted signs in the library plaza, before marching down Clement Street with the banner they had brought. The march went 9 blocks to Arguello, before turning round and coming back to the library. People at nearly all of the restaurants, bars, cafes, and shops we passed cheered us on and some on the sidewalk even joined us. Cars honked in approval and pedestrians we passed us voiced their support, often with raised fists. At one bar a few young women came out and chanted "No Trump, No KKK, No Fascist USA."

It was fun and attracted several families with their kids. I marched along with a seventysomething retired IATSE worker who had gotten radicalized in Chicago as a young man from his friendship with Franklin and Penelope Rosemont and his involvement in the Chicago Surrealist Group. We had a lovely talk about André Breton. Also, I got to know many of my neighbors who I'd seen around for over a decade but never met. Which made being there in the icy cold San Francisco evening fog all the more worthwhile.

Today was a total shitshow non-event in San Francisco -- with tens of thousands turning out to protest against Patriot Prayer white nationalist sympathizers who didn't even bother to show up.

Apparently ILWU declared "victory" in the early a.m., then went to work on the docks. Berkeley tomorrow canceled, with a similar shitshow pig clampdown expected.

More soon . . . with more details how radical rank-and-filers from the building trades -- including Painters Union Local 4 and IBEW Local 6 -- and maritime workers from IBU-ILWU marched en masse as a working class bloc to the protest at the site of the canceled Patriot Prayer press conference at Alamo Square Park in the center of San Francisco.

Thanks for the updates. Great result

Today in Berkeley as many as 7,000 protestors from across the political spectrum drove a couple dozen white nationalists and their sympathizers off the streets and out of town. Although there were many high points, one was DSA marching into Provo Park and high-fiving antifa. I witnessed at least 5 white nationalists climb over cop barricades and run into the lobby of the pig station to escape angry pursuers. It was poetic justice seeing Joey Gibson get chased into a police line, where he got handcuffed for his own protection -- along with his compatriot wearing goggles and football shoulder pads over his shirt.

Some are debating whether the turning point was Charlottesville, which was further confirmed in Boston last week, and then again in San Francisco and Berkeley this past weekend. In both of the latter all the sectarian leftists (ISO and all their pathetically lame Trotskyite brethren), who had been denouncing antifa and others for confronting white nationalists, were out in force using the age-old Bolshevik manipulation of leading from behind.

Here are some accounts that mention this turning point:

"Has the "Alt-Right" Met Its Gettysburg?"

Richard Spencer said: "We have been no-platformed and a full blackout on our abilities to get our message out, fundraise and network is in effect.... Debate time's over. The curtain has been brought down across the stage. No more questions. Get with the pogrom [sic] or get lost.... It is almost as if Antifa has deliberately started burning the ships we need to go home so that we have nowhere to go but forward. Total victory or bust." Whether this is a call for more militant demonstrations that have no intention of attracting uncommitted sympathizers -- or if it's a call for followers to take clandestine armed action -- remains to be seen.

“The best game plan moving forward is for us to take a break on rallies in liberal enclaves like Berkeley and San Francisco,” Chapman said. It would be better, he argued, to go to conservative cities and “focus on rallies where we have a definite chance of a win.”

Lastly, Round #4 in Berkeley was the least violent of all these encounters. A few white nationalists got beaten up, but only with fists and kicks (KPFA radio journalists documented 5 fights and 13 arrests, pointing out this pales in comparison to a single Oakland Raiders football home game with many more fights and an average of 17+ arrests). From news reports, only one person was hospitalized. The injuries were much, much less severe than those inflicted by the white nationalists with their hand-held weapons on April 15th. I add this because the bourgeois media is bleating on and on about the violent attacks of antifa, which is a gross exaggeration (e.g., disingenuous statements by the L.A. Times calling it "Another ugly protest in Berkeley"). The pigs even evacuated Provo Park by marching out around 2:00 p.m. because by then all the Trump supporters or white nationalists had been escorted out of the park by the cops one-by-one. At that point, the massive crowd surrounding the concrete barriers encircling the periphery of the park surged over them and filled the park. All that remained was flushing out the brazen right-wing fools, like Joey Gibson, who tried to sneak into the protest zone. By the end of the day, they all were gone.

In another positive development, members of the clergy, NLG representatives, and a spokesperson for the Anti-Police Terror Project show how not to throw antifa under the bus (unlike what sectarian leftists had been doing with dogmatic self-righteousness until Charlottesville):

Far from a matter of “free speech”, the racist and fascist provocations are a deadly menace 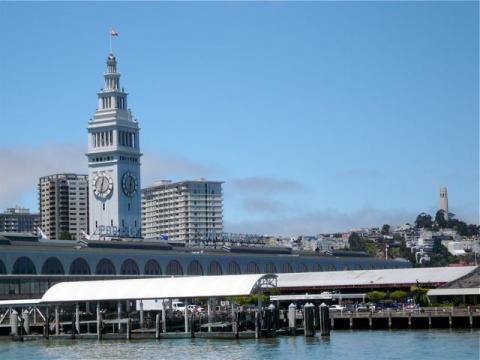 To oppose the Israeli state's recent attack on a ship carrying humanitarian aid to Palestine,…
Image 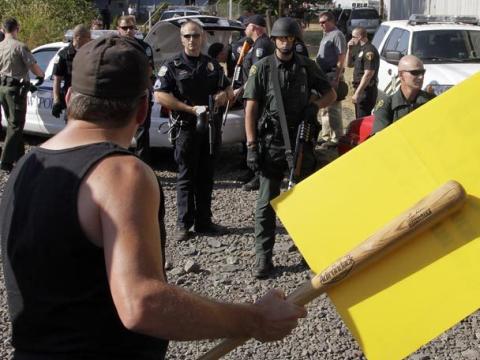 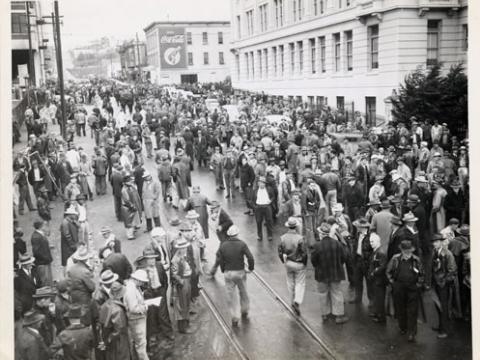 Sister machinist unions, San Francisco's Lodge 68 of the International Association of Machinists and…