In the second essay in a three-part #StopDSEI series, originally published in Ceasefire magazine, Safa Al-Shamy gives her perspective on the motivations for the Saudi attack on her country, Yemen, the humanitarian crisis it has caused, and the UK's role in supporting it.

This is the second of a three-part series of Ceasefire essays on the war on Yemen and the role of the UK’s Arms Trade industry, published ahead of next week’s DSEI arms fair in London. In the first essay, Tom Anderson writes on the geopolitical roots of the crisis. In the third essay, Paul Cudenec writes about the upcoming protest action planned against DSEI.

I was visiting Cairo when the Saudi airstrikes on Yemen began on 26 March 2015. One of their first targets was the airport at Sana’a, the Yemeni capital, which was hit by an airstrike. I couldn’t get a flight back home and was stuck in Cairo for three months. Afterwards, I was able to return to Yemen, but the ongoing attack meant I was unable to work. Although both of my parents are Yemeni, I was born in the UK and have a British passport, so I decided to come to the UK in December 2015.

The situation in Yemen now is very difficult. People are exposed to daily airstrikes by Saudi Arabia and its alliance. Yemen has been under blockade and siege since March 2015. As a result, thousands of Yemeni men, women and children have been killed. Thousands more have been injured, many of whom are in need of urgent treatment. However, there’s a lack of basic healthcare and medicines due to the blockade imposed on the country by the Saudi-led coalition, particularly at Sana’a airport and Hodeidah port.

Many people in Yemen have lost their jobs because of the aggression. The airstrikes have caused massive destruction to the infrastructure of the country. The attacks have damaged schools, factories, mosques, farms, and historical sites. This destruction has caused serious economic problems.

A recent decree that the central bank will be moved to Aden was supported by the Saudi government to put more pressure on the Yemeni people to surrender. Controversially, almost all Yemeni employees who are working governmental jobs haven’t received their salaries for the last eight months.

Hundreds of thousands of internally-displaced people are scattered all over Yemen because of the heavy airstrikes which have damaged residential buildings across the country. Starvation has spread; the poorest are now dying. Recent media reports are starting to emerge which highlight the seriousness of the situation, and how children in Yemen need urgent assistance.

Sana’a Airport has been attacked many times and remains closed by the Saudi-led coalition. As a result, thousands of Yemenis are stuck abroad and can’t return to their homes. Many are suffering from disease; a cholera outbreak is already ravaging the country.

The motivation for this aggression against my country is that the Yemeni people don’t want to follow the Saudi path in everything. The Saudis want Yemen to be a follower and not an independent country, with its own sovereignty.

This is not just about Saudi Arabia, however. The aggression on Yemen involves an alliance of countries. One of these is the United Arab Emirates (UAE), which is trying to control Aden port to its advantage. This is, in essence, a form of theft. I’ve also heard that the Emiratis are starting to invest in projects in Yemen’s Socotra island, as if the island was their property.

I no longer believe this aggression is motivated by sectarianism, I believe this is about colonising and stealing my country’s wealth and controlling its sea ports.

The Saudis and Emiratis, along with their allies, are imposing a general siege on Yemen, and the economic blockade is a key part of that. They won’t allow imports into Yemen bar a few items, and when they do, they place their own products on Yemeni supermarkets and shops.

In the meantime, Yemen’s oil and gas wealth is being smuggled abroad through mercenaries. Because of this, Yemenis are suffering from oil and gas shortages, with the limited supplies being sold at exorbitant prices.

The Yemeni people have no intention to harm Saudi Arabia. We want to live in peace as good neighbours. However, since March 2015, the Saudi government has been killing Yemeni people and destroying all of the country’s capabilities without any sensible or concrete reason.

They have achieved nothing in Yemen except destruction. They have created a human catastrophe, which will take many years to fix.

My whole family, and all my friends, are in Yemen, and I really miss them. I haven’t been able to see them for a long time due to the airport closure imposed by the blockade. This is one of the ways through which the Saudi government and its allies are imposing their siege on Yemenis.

Britain has played a significant role in supporting the Saudi attack on Yemen by conducting huge arms deals with the Saudi government. With few exceptions, the British media has not been showing the reality of the miserable situation in Yemen. These reasons are enough to say the UK is an essential partner in Saudi Arabia’s ongoing killing and maiming and starving of Yemeni civilians.

The worlds’s largest arms fair, DSEI, is coming to London this September. As with previous fairs, an official Saudi political and military delegation will be there, shopping for more weapons. I don’t think that the Saudi government, or any government for that matter, should be allowed to attend. In fact, I don’t think that the fair should take place at all.

The British people now have more awareness of what’s going on inside their country as well as outside with relation to their government’s foreign policy. People in the UK should tell their government that improving the UK economy should not be achieved by killing more and more people abroad. Instead of selling weapons, Britain could be building strong, moral and sincere mutual relationships with other countries.

Ordinary people globally should realise what’s going on in Yemen, and put more pressure on their governments to provide urgent assistance to the Yemeni nation.

One way to show solidarity with the people of Yemen is to join the campaign against the DSEI arms fair, the world’s largest arms fair, which is set to take place in London’s Docklands in September 2017. An official political and military delegation from Saudi Arabia attends each DSEI event to browse weaponry and potentially make arms deals.

Actions are taking place from 4-11 September, with a big protest planned on Saturday the 9th. Go to www.stopthearmsfair.org.uk to find out how to get involved. For updates and info follow Stop the Arms Fair @Stopthearmsfair on Twitter.

Editor’s note: This op-ed is based on an interview conducted with Safa in July 2017 by Shoal Collective

Common Dreams has an informative article about the US mainstream media and their glaring omissions as to the role of the US government in the imperialist war in Yemen. 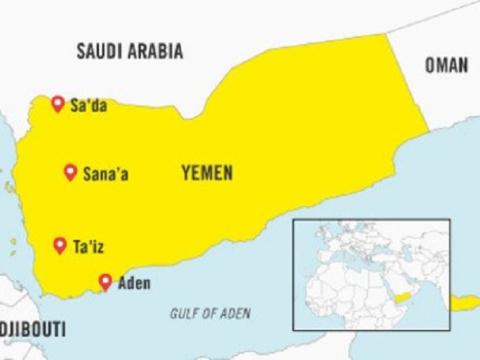 In the first essay, in a three-part series originally published in Ceasefire Magazine, Tom Anderson… 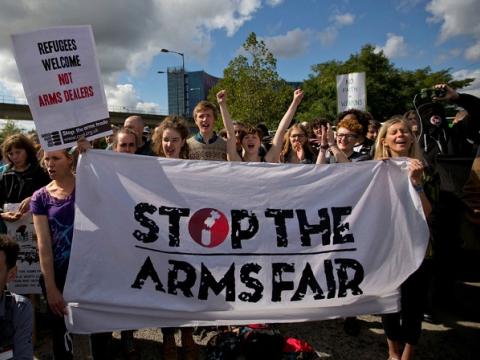 'You can't build jobs on the corpses of innocents' 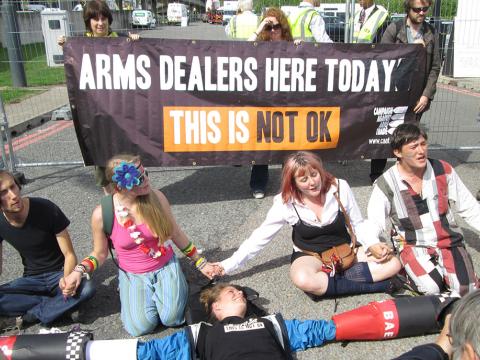 Once again, Docklands’ ExCeL Centre will host the DSEI (Defence and Security Equipment International) arms fair next month. 1,600 exhibitors will…