PDF courtesy of the comrades at Sparrows Nest archive, Nottingham.

“How are you going to construct something new, if you do the same old things?”

All across the globe, working class people are rediscovering the relevance of anarchist ideas to their everyday lives and struggles. From the uprising in the Chiapas, to the anti-roads campaign in Glasgow, more and more people are seeing the need for direct action, decentralised organisations and solidarity from the bottom up.

The first issue of Scottish Anarchist helped to put analysis and facts behind the anger against the system. This issue continues that tradition with an analysis of the globalisation of capitalism, the other side of DNA testing and how the use of networks and the internet by activists is causing social elites great worry. In addition we have reports on struggles across Scotland as well as the concluding parts of our articles on the history of anarchism in Glasgow and Spain.

It is only by reclaiming our history, the history of social struggle and working class revolt, can we place any analysis of current events into context and, more importantly, remind us that a better society is possible.

Tom Paine once wrote, “a long habit of not thinking a thing wrong, gives it a superficial appearance of being right”. Today these words take on a meaning which Paine could never have imagined

It's hard to believe sometimes that capitalism has not been the only social system on this planet Its presence is so widespread. It gets into every space of our lives. The market economy has become the market society. Human feelings are beuig replaced by market jargon corruptmg all our ethical and spmtual expressions and relationships. Community is being replaced by commodity. The social breakdown this implies can be seen all around us - poverty, crime, alienation, unhappiness.

However, the seeds of hope still exist. Regardless of what the system tries to do, we are still human beings, with innate emotions, feelings of empathy and solidarity and, most importantly, the ability to think, to learn and the will to rebel.

No one can do it for us. All magazines like Scottish Anarchist can do is prompt thinking and encourage rebellion. The SFA does not want followers, we are not leaders. We want everyone to become a leader. We realise our activities are only really effective when wejoin in union with our equals. Isolated individuals cannot make history. But a union is only as effective as the individuals that comprise it. A “union” of sheep can bleat, but a union of individuals can discuss, enrich each other by our diversity and change the world!

A cooperative commonwealth can only be made up of thinking, acting, feeling individuals. Community can only be created when we reclaim our individuality and end the self-sacrifice of our beings which is required for capitalism to exist.

The future is in your hands. 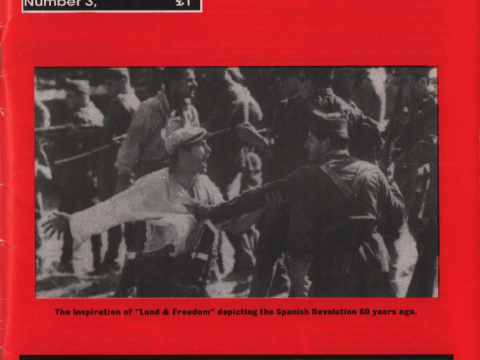 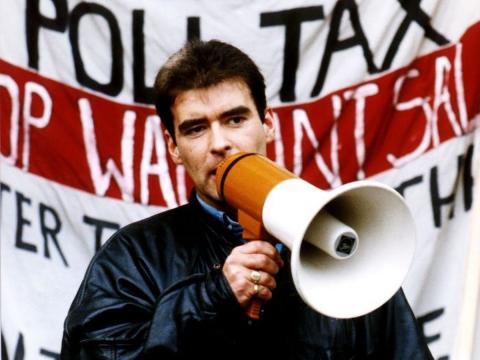 Online archive of Scottish Anarchist, the magazine of the Scottish Federation of Anarchists. At least three issues were published in the 1990s.