Religious and revolutionary sects have much more in common with each other than they would generally prefer to admit. Their ideas may be completely different, but their obsession with ideas produces organizations with the same behaviors.

The term “sectarian," like much jargon on the Left, is so common that people often don’t even bother to think about what it means.
Technically, a sectarian is a member of a sect, or at least somebody who acts like one. Most people think of a sect as being a lot like a cult, though not as bad. A common comment is that sect-members may act “cultish” or like zombies, which may have some truth but it doesn’t tell us much. The real problem is, why do they “act like zombies?” The previous article in this series attempted to grapple with this problem, looking at how the internal social life of Leninist organizations leads to people hiding their disagreements for fear of shunning and other reprisals. Shunning is quite common among religious sects and is well known to occur among the Amish, for example, a group generally considered to be a sect.
Most people will know that a sect is a small religious grouping or offshoot that lies somewhere between a mainstream religion and a cult. Informally, a sect aspires to be a religion and is less unhealthy than a cult.
Bryan Wilson, a sociologist of religious sects, describes them this way:

Typically, a sect may be identified by the following characteristic: it is a voluntary association; membership is by proof to sect authorities of some claim to personal merit–such as knowledge of doctrine, affirmation of a conversion experience, or recommendation of members in good standing; exclusiveness is emphasized, and expulsion exercised against those who contravene doctrinal, moral, or organizational precepts; its self-conception is of an elect, a gathered remnant, possessing special enlightenment; personal perfection is the expected standard of aspiration, in whatever terms this is judged; it accepts, at least as an ideal, the priesthood of all believers; there is a high level of lay participation; there is opportunity for the member spontaneously to express his commitment; the sect is hostile or indifferent to the secular society and to the state. . . (Wilson 1959)

Of course, not all of these characteristics are negative, the very first and the very last, for example. However, looking at this list it is pretty clear that most Leninist groups can be described as having Wilson’s sectarian characteristics.
But what is a sect? We need a better definition beyond a list of characteristics. There is quite a bit of confusion about what it means to be sectarian as the term is most often defined by members of sects who, deliberately or unconsciously, define the term to leave their sect out of the crosshairs of the definition. It cannot simply be the case that a sect is any small revolutionary organization, or that any small revolutionary organization has to be a sect. The problem is not just being small, as then there would never have been any large revolutionary organizations. Once an organization becomes a sect, though, it is very difficult to break out of the sectarian pattern because only those willing to accept the definition of the world as laid out by the sect will join. This is a small number indeed.
Religious and political sects
We should look first at the definition of a religious sect, as somebody at some point must have decided that small revolutionary groups appeared similar to them. One useful source is Peter L. Berger, who describes various theories of church versus sect typology in his article, “The Sociological Study of Sectarianism.” (Berger 1954)
He first looks at Max Weber’s description, which is that a church is a sect which has become “routinized,” noting that “Church and sect can be distinguished [in Weber’s analysis] by the simple fact that one is born into a church but joins a sect. The sect passes away with the generation that first constituted it.” This explains little about sectarian behavior, either religious or political. If Weber’s view were correct, it would be hard to explain why battles between Catholics and Protestants in Northern Ireland are described as “sectarian,” nor what to make of an organization like the Socialist Workers Party (UK) that has been around in various forms for over half a century.
Berger provides his own definition, which is too religious for our purposes but points in the right direction.

Converting the religious to the political requires a bit of extrapolation, but if we replace the presence of “the spirit” with “the correct political line” then we have an idea of how left-wing groups can exhibit the same behavior as religious sects. In both cases, there is one pure truth which only the properly anointed can possess. Whether this is definitive for a religious sect, it certainly points us in the right direction for understanding the political sect.
With a comparison of religious and political sectarianism in mind, we can look at Marx and Engels’ description of a political sect in the Communist Manifesto, that communists “do not set up any sectarian principles of their own, by which to shape and mould the proletarian movement.” (Marx and Engels 1848) Marx elaborated on this in his letter to Schweitzer in which he wrote, “The sect sees the justification for its existence and its ‘point of honour’–not in what it has in common with the class movement but in the particular shibboleth which distinguishes it from it.” (Marx 1868)
Castoriadis laid this out in terms even closer to the religious origin of the word, concluding with the damaging role that sects play in the class struggle:

A sect is a group which blows up into an absolute a single side, aspect or phase of the movement from which it developed, makes of this the touchstone of the truth of its doctrine (or of the truth, full stop), subordinates everything else to this ‘truth’ and in order to remain ‘faithful’ to it is quite prepared totally to separate itself from the real world and henceforth to live in a world of its own. The invocation of marxism by the sects allows them to think of themselves and to present themselves as something other than what they are, namely as the future revolutionary party of that very proletariat in which they never succeed in implanting themselves. (Castoriadis 1966)

The “truth” may be a specific analysis of the Soviet Union or simply the fundamental importance of the sect itself, in spite of all empirical evidence to the contrary. Hal Draper elaborated on this point:

A sect presents itself as the embodiment of the socialist movement, though it is a membership organization whose boundary is set more or less rigidly by the points in its political program rather than by its relation to the social struggle. (Draper 1973)

We belabor this point precisely because it is so misunderstood. “Sectarian” often means “somebody I don’t like,” or simply “somebody who doesn’t like me.” Too often, “sectarianism” is an accusation made against ones own critic, as though criticism is inherently sectarian. Rather, the accusation itself is often the source of sectarianism, not the original criticism. That is, it is perfectly reasonable and in fact necessary for comrades in struggle to look at and criticise each other’s organizing in order to deal with real problems, but it is the sect which cannot stand to be criticized. They will accuse others of “sectarianism” in order to cover for their own sectarianism. They hold the only real truth and any questioning from those outside of the select, chosen few is unacceptable. Calling the critic a sectarian is the best smokescreen to cover for actual sectarianism.
Again, this is completely consistent with religious sectarianism:

The behavioral correlates of [the sect member’s] ideological commitment also serve to set him up and keep him apart from “the world” . . . Not only does the sect discipline or expel members who entertain heretical opinions, or commits a moral misdemeanor, but it regards such defection as a betrayal of the cause, unless confession of fault and appeal for forgiveness is forthcoming. (Wilson 1959)

Since there are socialists in America but no socialist movement, it is understandable that the socialists will say, “Let us go and form a socialist movement.” All considerations argue for this obvious step, and there are no arguments against it: except one. This is the fact–historical fact–that no one can decide to “make” a revolution. Whatever is formed by fiat will turn out to be a sect alongside the other sects. (Draper 1973)

The key thing to grasp about cults is that they offer a “fulfillment” of unmet needs. Biologically speaking such needs (to be loved and protected, understood and valued) are something much older and deeper than the need to think, argue or act autonomously. They play a far deeper role than “rationality” in the moulding of behaviour. People who haven’t grasped this will never understand the tenacity with which the beliefs of certain cults are clung to, the way otherwise intelligent people get caught up in them, their imperviousness to rational disproof, or the organisational loyalties of various sect members. The surrender of individual judgement is one of the hallmarks of a “well integrated” sect member. (Brinton 1979)

This is really good. I did not know such topic (studies of sectarianism) ever existed. (Though I do not fully endorse such analysis based on "types). Nevertheless content of the article is exceptionally good for putting ourselves into a critical self analysis. Thank you.

in a way funny that the text quotes Brinton, who according to Penelope and Franklin Rosemont in Dancin' in the Streets had some guru-type attitudes

Ent... can you extract a sentence or two from Dancin' in the Streets to explain that. My criticism of Castoriadis and expecially the way he was rather uncritically promoted by Brinton and the UK Solidarity group would non-the-less not have inclined me to view him that way - more a case of followers creating their gurus than the other way round. 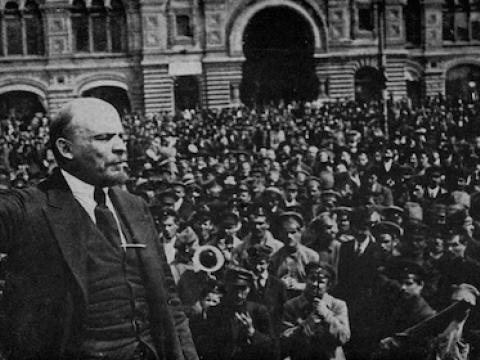 The sociology of Leninist organizations

The behavior of Leninist groups is shaped less by the rules than by the social environment of their organizations. 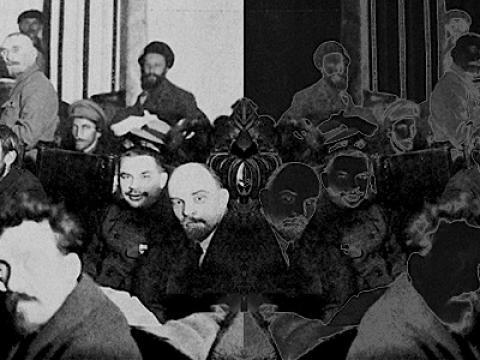 Leninist organizations invariably become bureaucracies focused more on their own self-reproduction than the needs of the class struggle. 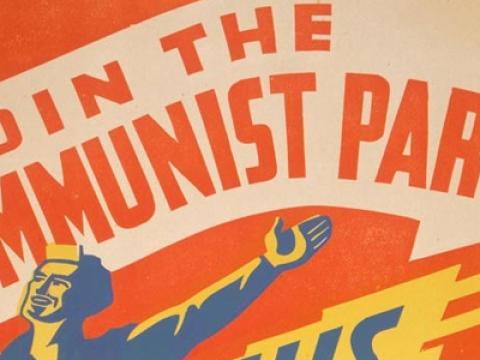 What is a Marxist organization? - Scott Jay

Self-proclaimed Marxist organization never apply a Marxist analysis to their own organizations. While the rest of the world is shaped by social… 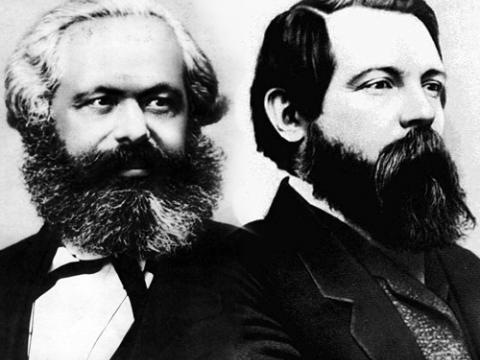