Alicia Jackson, long-time Portland, Oregon eviction resister is finally seeing the confrontation with the banks coming to a head. Here is the story about how the community came together almost immediately to form an eviction defense when the danger was imminent.

As we gathered together on Alicia’s lawn we collectively wished we had weeks of planning behind us. Months really. As with anything, a looming eviction defense is something that escalates quickly and requires the kind of coordination that takes dress rehearsals. We had a few hours, maybe. When it comes to defending a house from a foreclosure-based eviction, you will be lucky to have a few minutes of warning before the police descend and begin forcefully removing a family. We needed to be ready to see the police car headlights before they see the several dozen people in front of the house ready to block their entrance.

The story of Alicia Jackson’s foreclosure and eviction go back several years, telling a common story of illegal banking practices and community response. After being foreclosed on by Fox Capital and evicted she liberated her own house with the help of the Portland Liberation Organizing Committee and community members on May Day in 2012. In 2011 she was foreclosed on after she was owed a home modification as a part of her Chapter 13 bankruptcy filing, but the property was still transferred to Fast Cash House Buyers LLC before being passed along to Fox Capital. On May 1st, 2012 she joined up with a direct-action contingent to move back into her home and made it an outpost for housing justice in Northeast Portland. For a full year and a half eviction watch shifts happened with people checking in regularly and coordinated scheduling. With the support of We Are Oregon, and their project Housing Is for Everyone, supporting Alicia was a main project as they attempted to keep her in her home as long as possible.

Fox Capital temporarily dropped the foreclosure case as they changed leadership, but as the brother of the original owner took over the company they went back to threatening eviction. A court date finally happened this past April 6th, which really just determined when Capital supposedly has a “chance to negotiate.” Since the We Are Oregon project had begun to wane from SEIU funding cuts, there was no organization actively taking on Alicia’s case as the final court date loomed. A few community members independently decided to take over the Rapid Response network, which is a grouping of phone numbers of community supporters that can be notified immediately if an eviction is taking place.

A second court date took place where Fox Capital laid out its case, saying that they didn’t take the home illegally even though they did not have rights to the property. While waiting for the verdict on this, Alicia received an eviction notice saying that she needed to be out of her home by Sunday at 11:59 pm. It was already Friday, and the community was not prepared to respond.

Decisions were made quickly and a call-out came for people to join together at Alicia’s house to stay the night on the lawn, recognizing that since the eviction notice specified “11:59,” then the marshal’s office and the police could theoretically come anytime after that. Quickly outposts were made on surrounding blocks where people could watch for the police on shifts and then use walkie-talkie’s to communicate with each other if they saw a caravan of law enforcement heading into position. Watchers were stationed at the house as well, and people took shifts sleeping so that there was always a contingent available to act quickly.

A meeting was first called together where people shared concerns and ideas on how to take care of this. Brief committees were formed to work on separate projects, such as putting together a response plan. Without having a formal organization in place, or having an organization take it over as “their project,” the community members were able to put together a point-by-point plan on how to defend the house from the police eviction within a matter of hours. This included how to defend the interior of the house from its other entrances, who was going to risk arrest, and how we were going to use the resources we had to physically block an invasion. Medics and media people were coordinated, a press release was written and sent to major media contacts, and outreach continued as we talked to friends and comrades from around the city. As we camped overnight, people discussed the plan and became more comfortable with what was going to happen when the police finally did show up.

Together we kept shifts on a tight schedule, made sure the medics had what they needed, ensured that proper video would be captured upon the police arrival, and that the exact plan of action was known to all new comers so they knew when and how to position themselves.

When morning came, there were dozens of people, several tents and sleeping bags, and a slew of signs and banners that showed that this was an eviction encampment that was not simply a passive protest. These people were ready to keep this house, and had a clear idea of how they were going to do this.

The police never came that day, and the eviction defense strategy continued with coordinated shifts of watchers and maintaining the plan that the community members had agreed upon during the initial planning. Somebody called the sheriff’s office and convinced the undersheriff to meet with Alicia to discuss the eviction so that we could get a better sense of what was coming. This gives us time to get the legal paperwork for the appeal in and to do the most important part of this struggle: organize in our community. The formal appeal of the court’s decision will validate that she can live in the property to another bank. It should also allow her to have her water turned on, which she has been without since her initial eviction two years ago. The title to the house would actually be in her name, and this would mark a real, yet possibly temporary, victory.

The community showed that there was an implicit will towards resistance embedded within us, and that even with only a few hours to spare we were able to create a fighting force that was willing to put itself on the line to keep Alicia in her home. There seemed to be an implicit understanding that the wave of foreclosures and evictions that we have seen over the last few years of crisis and austerity only mark and increasingly unjust system of capitalism, and that we have decided the power of solidarity and community has more weight than the authority of capital. As we stand with Alicia today, we see the seeds of resistance that can spread to other neighborhoods, and we know that all it takes is the fire to get organized and take risks.

The spontaneous organizing of this eviction defense was a testament to the development of organizers, who were able to respond by creating a concrete plan even though no organization was present. 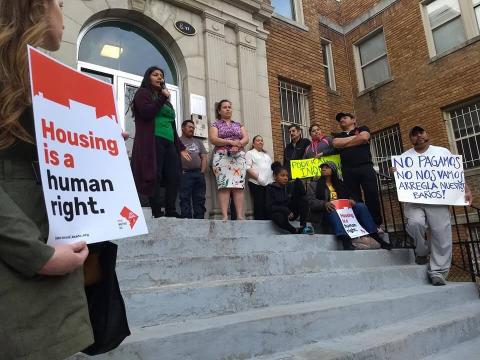 Ray Valentine talks about the limitations of the community organizing model. This article was first… 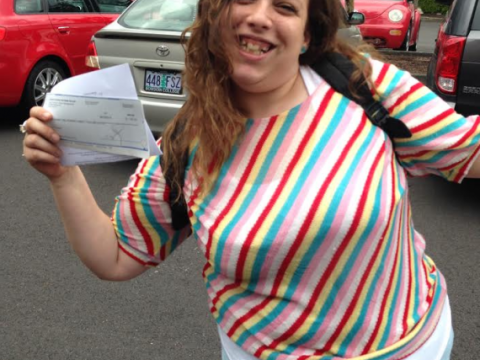 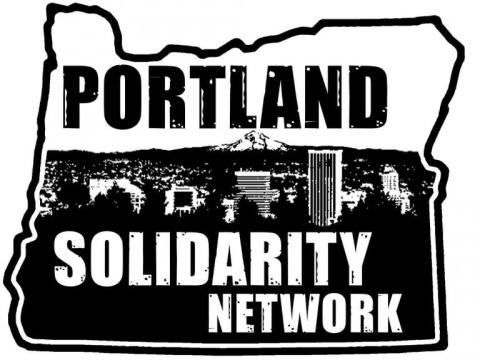 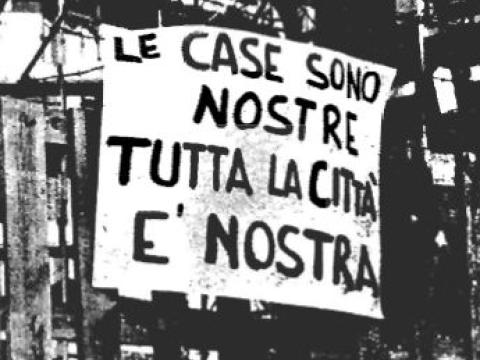 Take over the city - community struggles in Italy - Rising Free (1974)

This pamphlet was produced by some people around the Rising Free bookshop in north London in 1974(?)…