It's like I'm trapped in a maze walk around in a daze
I won't rest 'til I'm paid or I'm down in my grave
I wanna look tough, but my sneakers is scuffed
Everyday pants in the week is enough
I had a little money, but it came and it went
Now its either pay the rent or stay in a tent
And it don't make sense how the shit is intense
And all you got up in your pocket is lint, you get the hint?
I had a cigarette for breakfast, just for beginners
Pride for my lunch and sleep for dinner
I tried to go to church, priest called me a sinner
He called me everything, except for a winner
I'm walking in the rain wishing things would change
It ain't a game, man I pawned all the rings and chains
Emotionally scarred from losing my job
Pass the nod nigga, times is hard

A man I've never seen before appeared in my apartment, screaming.

Accompanied by a sneering, massive German Shepherd, at 8:30 AM on a Saturday, this of course woke me up.

Groggily, I assume he was sent here by my landlord. Yesterday was the deadline for paying the bulk of $1600 owed to them. Being pretty much intimidated by their lawyer because of the confusing process to agree to this 'settlement', I knew the payment plan was impossible.

A 'Writ of Recovery' is what landlords file with housing courts to get the sheriff’s department to begin the process of physically removing a tenant from the premises. This usually happens if the tenant doesn't show up to court after an eviction has been filed or after the tenant violated the payment plan agreement. Law enforcement will eventually post a notice on your door (with 'resources' for the homeless) and then you have 24 hours to vacate.

"You can leave now or I can spend $400 to $500 filing that and then have my lawyers never rest until they get that money from you. What'll it be?"

Fuck a lawyer. Fuck debt. Laying down threats and raising your voice immediately puts me into another frame of mind. The kind where nothing else matters but the conflict between you and I.

"Whatever's harder for you, bitch.", I reply, and slam the door.

After a couple minutes of wiping the sleep from my eyes and putting my shoes on, I head out into the hallway. Not sure what the plan is, but that interaction was deeply unsatisfying. I want more, Nazi-dog be damned.

The man is gone though...probably for the best.

Lately, my TV stays on that show Survivorman. Back when it was popular, the chance of me watching it was pretty slim. But just like the background noise of everyday life influences what sort of music you listen to often, for me this is true with what shows I watch as well. This guy being out in the middle of nowhere and surviving with only minor supplies is appealing to me because the threat of homelessness seems to be about to consume and transform my entire life. No longer do possessions without function serve a purpose.

Trash bags and boxes get filled quickly. My notebooks of rhymes from the early 2000s? Trashed. All my copies of Murder Dog? In the garbage. Random CD's? Comics? Sketchbooks? Tossed.

Doing this feels a little like digging up the zombie corpse of my past, just to beat it to death again. Most of this stuff has followed me wherever I've lived, not because it had any use, but because it reflected who I am in some way. What I do keep are items that to throw away would bring up feelings of guilt and remorse. In a separate box for storage go the letters my sisters sent when I was in jail, along with other family related letters and pictures. Not seeing them very often, in some ways these are the nearest tangible things I have of them in the absence of their presence.

At work, the day whisks by quickly. Paperwork appears, somehow obtains my handwriting all over it, and then disappears. Interactions are brief and forgettable. I don't join in on the usual complaining about something at the job.

The main guy I'm tight with can tell something is off about me. He assumes it has something to do with a girl and asks me. Reluctantly, I explain my situation, rapidfire-like and animated. He pauses for a second and then:

"Nigga, you gotta stop worrying about that shit. The worrying part is worse than the actual shit that happens. I know, I been there!"

I feel a little bit better.

My back aches. This bullshit futon wrecks my body at night. Change into my work clothes. Sheriff’s deputies will likely arrive 4-5 hours into my shift. This is the last morning here. I want to destroy this apartment. Punch holes in the wall, spray paint the wood floors, shatter the windows. This would probably result in multiple criminal charges though.

Instead, next to my building and apartment keys, I leave a note saying:

After a brief stay at my best friend's place, in which she understandably became frustrated at having to assist me in yet another crisis, I take my chances with a homeless shelter. Wait in line. Enter basement of church. Breathalyzed. Name entered into lottery. Filthy couch. I sit.

Almost all the shelter workers (volunteers?) are white, while us trying to get in are almost all black and brown. I recognize a few faces from the neighborhood and various odd jobs, but am too embarrassed to check in with them.

To my right, a rough looking homeless white boy with a Boston accent is praising the right-wing Governor of an adjacent state. A Governor who has employed a scorched Earth policy on what meager programs exist to assist people like us. This is the American concept of 'whiteness' in a nutshell.

The lottery starts. 12 spots open. 12 spots filled. About 30 minutes into it my name is called for the 11th spot on the waiting list. This basically translates to 'shit outta luck'. Grab my backpacks and hit the streets. Guess I'll be moving from couch to couch for now...

Poe Man's Dreams will be a blog detailing the situation I'm in, as well as being a place for stories of the past, both mine and people I've known. These stories will not be inspirational. They will not describe many victories, and only rarely will they become detached and look at the wider implications. What they will do is attempt to express the absolute misery of everyday life for certain people with little resources and lots of problems.

This is a really great new blog, cheers for posting it! I've written and deleted a few attempts (as in tried a few hours ago, wrote and deleted a couple of times, came back to it now and tried again, and deleted again) to explain my feelings on this post but have basically decided to give up coz it's too complicated. Basically, really great piece about stuff that gets forgotten about in lefty writing (which is often either about open class struggle or 'the struggle' in this sense but in a drier, more general/'objective' style). This was really top draw top quality and, for obvious reasons, heartfelt writing.

And, obviously, fucking sorry to hear about this shit and hope things get better soon..

This gave me a lump in my throat. That's the only thing I can say, other than to echo Ed in hoping that things get better soon.

yeah, this is great; i'm looking forward to seeing more

Yeah, I have just got round to reading this. It's conflicting because it's great writing, but I don't want to feel like I enjoyed it because of the voyeurism at someone's suffering/poverty. Which isn't the case of course, I think it's good for us to share our stories, to talk about really what it means to be part of the working class in capitalist society and what it does to us, to really drive home and reinforce why it is we want (and need) to change the world.

To echo other people, I hope things get better for you soon, and thanks for taking the time to write this down and share it. 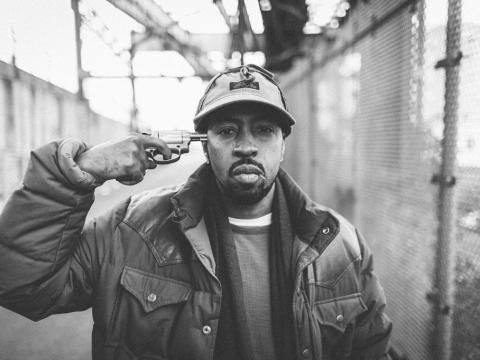 Is life worth living or should I blast myself?

An account of being a juvenile delinquent and having to live with a family who had a multitude of issues.

Our friend Amédée Garneau sends along this story about small scale tenant organizing in New York. 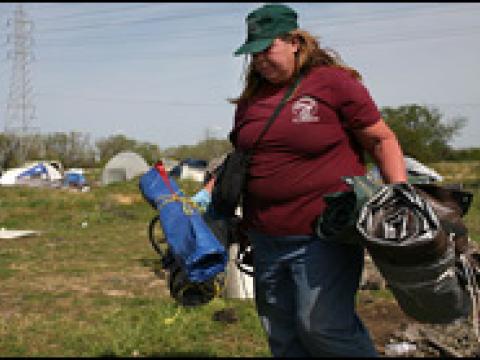 On July 2, 2009, hundreds of homeless Californians marched on the Sacramento Town Hall to demand … 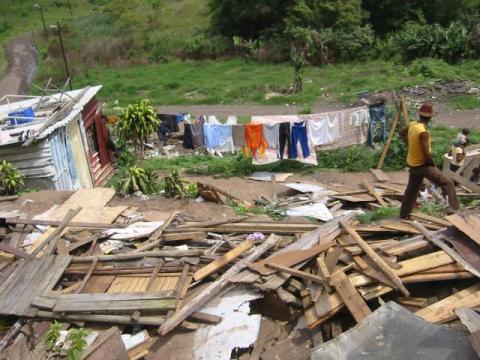 Democracy in my experience

Philani Zungu offers a brief but powerful account of the lived experience of life as a shack dweller under democracy in South Africa.