Yesterday (Monday, July 27, 2009) evening at 6:30, taking 40 minutes, around 3,000 police (out of a total of 9,000 cops surrounding the factory) and the fire department conducted a coordinated drill to simulate a "safe" retaking of the factory. But in the process, cops inched closer to the factory, securing positions within 30 meters of the paint department. A SWAT team of 50 cops also participated.

The latest report from strike supporters say there are 785 workers in the factory, made up of both those regular workers who are being laid off as well as casualized workers who joined the struggle in solidarity.

The strikers in the factory have continued to demand a non-militarized area in the factory to resume the promised negotiations. Management has not responded; the company continues to be under court receivership, because of the litigation of its creditors. Because of the court's authority over the situation, management is able to use this as an excuse to refuse negotiations. The Korean state and the Shanghai Automotive Industry Corporation (SAIC), which owns 51% of the company, while being responsible for resolution also refuse to treat it as a labor dispute.

As part of the drill, 2 helicopters poured large amounts of liquid teargas on the roof of the factory:

Water canon truck at front of assault sprays water as part of drill:

The strikers also stated that they are not returning slingshot fire coming from the non-striking workers who are company loyalists ("kasudae"), many of whom are in offensive positions on roofs near the paint department. They refused to attack them back because they are also workers, however much they hate them as scabs and betrayers.

The International Labor Organization formally requested that the South Korean government stop the police violence and enter into negotiations for a peaceable settlement of the dispute. The government labor minister has stated that the factory occupiers are not fighting for their jobs or workers rights, but are instead engaged in a battle to further their "political ideology." This is typical of the state's demonization of strikers as being manipulated by subversive elements not involved in the Ssangyong situation.

isn't there a mistake?

If so, feel free to delete my post after correcting the text.

The confusion is based on Korea time and U.S. time. The update was about events on Tuesday in Korea, being written from the U.S. where it was still late Monday. Does that clear it up? Sorry for being inconsistent.

The posts at the top are about events on Tuesday; the bottom posts are about Monday but didn't appear on Korean websites until later.

hm, perhaps it would be better to unify the dates and times to the korean time. you know, this way it is even more chaotic for europeans i would say (well, at least for me:))

Sure, it's just that some news only gets posted on the Korean websites after things that are newer. It drives me crazy because I thought nothing happened today until the stories went up about all the lefty and community groups trying to bring water to the strikers.

I'll definitely make posts only for a single date. I'll add updates, as I received them, about earlier events to the thread under that specific date. 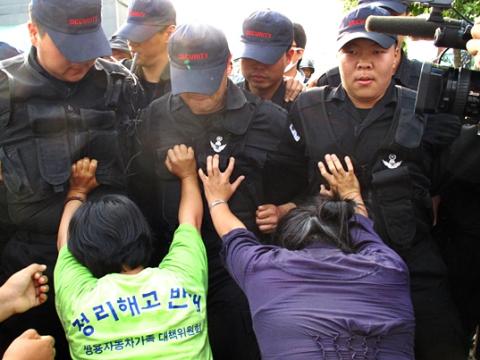 Talks between management and striking workers who've been occupying the factory have broken down. Electricity has also been turned off, in… 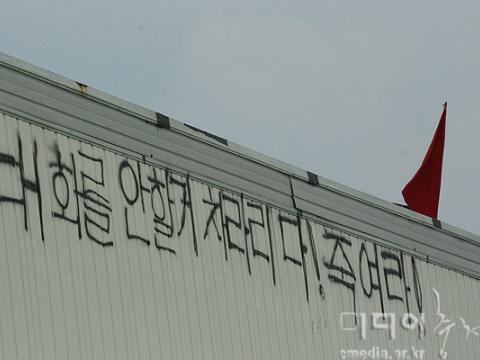 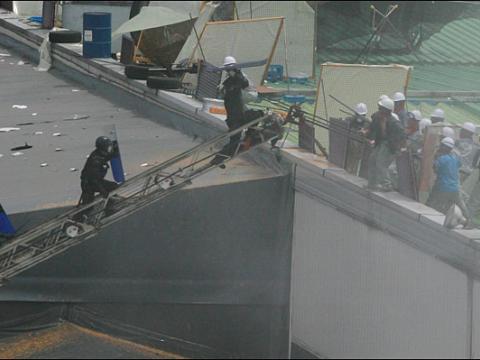 ***Real Time Update*** Right now a special division of 2,500 police are engaged in an assault on the… 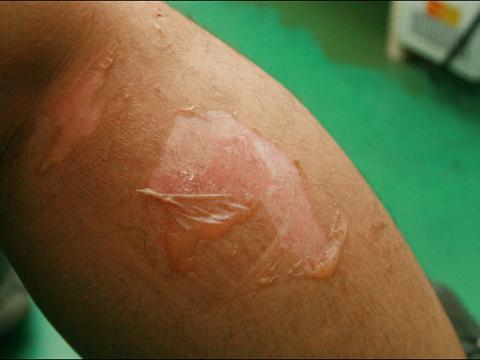 Today it became apparent that with the constant spraying of teargas tainted with thinner, strikers are suffering from their skin blistering and…