Starving amidst too much - T-Bone Slim

Pamphlet from American Wobbly and humorist T-Bone Slim, put out in 1923, containing the texts 'Starving Amidst Too Much' (excerpts), 'Poets and Pearls' and 'Recipes for Health'.

Our poet came near landing another job today. He was walking along the street, wondering where he could raise the price of a Turkish Bath to match his cleanly raiment, when his eyes lit upon a sign:

Dear Reader: let me interrupt you while I tell you I can see the Editor's eye gleam balefully, as he anticipates the harrowing tale of his crack poet cracking dishes.

He will rise up in his sanctum, paw the air and distribute hands full of hair in the wastebasket — the mere thought of our poet entering the "field of art" — Spasms of suppressed Emotion will shake his frame and he will utter words no Mule Skinner need be ashamed of, even though the Editor may repent, and deny them later.

He will try to argue that a premier poet, with fine spelling and comprehensive punctuation, is frittering away his time diving for pearls in a restaurant, when he might be making himself useful wheeling sonnets on a Construction Job.

But our poet will cite authorities to prove that former great poets have reached dizzy heights in the fertile plains of Art, on the verdant pastures of Science.

Robert Burns, the brilliantmost star in poesy's constellation, won greater fame as a wielder of the broom than our modest bard can hope to ever win — washing dishes.

Here was my opportunity for a Turkish bath. Our poet might enter the sweat-box kitchen, perspire to his hide's content, and get paid for it. Wash six thousand dishes for pastime, scrub the floor, compliment the cook, and while away the rest of the day discussing relative merits of chewing gum as essence piquant added to soup, with or without celery.

All this for $1.42, six to seven hours per day, and bath; and coffee, and beans, and comebacks and never-arriveds, etc.

I entered — in my best voice, and choice words, I informed the proprietor that his anxieties, from this moment on, would be banished; that I, even I, the inimitable immaculate T-bone Slim, had resolved to emancipate him from the drudgery of the sink; that i would undertake to bathe his superb china (in the sweet water of Lake Minnetonka, if necessary), to maintain the spotless purity of the "hot-dog" joint, Le Par Excellence — would he kindly reveal to me the nature of the wages I would be honor'd with?

"Certainly, my friend," (I had won a friend already — though I hadn't touched the dishes). "Certainly," he says, "we are paying ten dollars a week and we furnish all the soap and water . . ."

"Why damn it, man, you don't want an expert dishwasher — what you want is a common dishwasher" — I had reverted back to my mother tongue.

"Are you an experienced man?" he inquired.

"Why man alive," say I, "I've cracked rock on some of the leading rock piles all over the country." (This, of course, was a lie.) Little indeed "moots" a lie when facing the realities of life; when a man wants a job, and a good sweat over a tank of dishes, little, indeed.

"Well if that's the case," he says, "I'll give you Eleven dollars and a quarter."

"What in the name of benevolence is the quarter for?" I inquired. — "Make it Eighteen dollars a week and free pie three times a day — I'll take it."

"With eight hundred dollars you would be able to support a family. No, no, this place cannot afford to support a family, excepting, of course my own dear family — leave me," he pleaded, "We — we couldn't afford to let you eat any custard pie anyway. Good Day," he says, as he hit me in the eye with a fresh doughnut.

With my remaining eye I saw that if I prolonged the conference he would still hang on to his money (but lose his mind) so I went (as is custom with great poets) down to the river — but not to drown myself — I'll get a chance to wash dishes yet — when the weather gets warmer.

Rule Two: Good clothes, preferably those not made of jute or towlines — but you will need less and less clothes as you continue practicing Rule Number One.

Rule Three: Sleep in a clean, quiet room, but be careful not to fall asleep before you are in bed — it makes no difference which side of the bed you sleep on. Make sure the bedding is pure — the softer the better — and be sure the room is large and airy.

Rule Four: Do only such work as you like to do — if you don't like your job, quit. Conditions (I mean, the nature of your work) can be made.

Rule Five: Do not remain standing too long at a stretch — a tired body multiplies weariness. Sit down frequently — the very act of sitting down is relaxation. A few minutes' relaxation can undo the damage done by an hour of labor.

Rule Six: Do not work too hard — a body only needs exercise. Hurry is unnatural — a form of insanity. A hurrying man is never in the full possession of his faculties. Example: A man hurrying from a mob trying to capture him cannot see, hear, or feel — he cannot tell, afterwards, how he got away — all he knows is that he was "going some."

Rule Seven: Never tire yourself out — weariness is the body's protest against overexertion, against improper foods, against insufficient sleep (rest), against inadequate clothing. Weariness is a mild form of death.

Rule Eight: Always keep yourself fit to serve mankind. Watch yourself, do not watch the boss. Never exhaust yourself — there is nothing more disgusting than a man staggering home from work "dog-tired," helplessly falling into a chair to have a child remove his shoes, then grabbing a hasty, feverish supper, saying "good night" to his family and rolling into bed half-washed — to repeat the same thing three hundred and twelve times a year, or until sickness puts a stop to his mad career.

Starving Amidst Too Much

Life, it is said, is a funny proposition. But I fail to see the humor of it. And if there is any humor in it, I would be sure to recognize it — for I have quite a rep for distinguishing the difference between the drab and the vivid. We cannot consider the business of life as an antic, a few years of clowning through the world, or as a farce that brings down the house of the future in outbursts of unroarious laughter. No, we cannot see it that way.

We see life, we feel life, as something mysteriously terrifying. We try to study it. We fear to study it. And sometimes when we are studying it we fear to step into it. We fear to put our foot into it. But, thank goodness, we are not afraid to study Industrial Unionism: the breathing, living protest of the millions against a system of wage-slavery.

Adam, once upon a time, felt that he was naked. And a voice said, "Who told you that you're naked?" So it is with us: We don't know that we are slaves — we only feel that way. And the feeling is the strongest upon us in times of unemployment. We go from place to place, blindly — asking, inquiring, if there is a job for us. We have felt that every man was against us. We have felt that every eye was on us when we got turned down. Where is the system of such proceedings?

Yes, indeed, we have felt likes slaves. No place is there a guarantee of a job. In a large country a man might travel indefinitely before he would find work. But as serious as is the lack of system in the way civilized people attempt to live, we find that the act of asking for a job has become very "matter of fact." A man will walk into the employment office; without tears or sobs he puts the question to the unemotional employer, and upon being refused he retires gracefully out to the street — to wear out more shoe-leather.

Many a pair of high-heeled dancing-slippers too have been worn out this way.

What is it about work that makes it so attractive? A gang of roughnecks will trample the weaker ones to death in their mad rush for a job. Do you call that a system, and is it the Capitalist system? Aren't you proud of it? Isn't it an elegant arrangement? So perfectly brainless — a child could have invent a better one.

That is the reason that time is always pregnant with possibilities for labor. Society is practically "unsystematized." Everything seems to drift along in an haphazard manner. If it succeeds, the capitalist takes the credit; if it fails, the blame is put on labor. Hence, if we are to have the blame, we may as well have the game. If we are to be held responsible for the way they run things, we may as well have "a say-so" how things shall be managed — or mismanaged.

Nothing but blind folly can prevent labor from establishing a semblance, at least, of a sane system of production, and the elimination of profiteering on the miseries of those who labor for a living.

Even the foolishness of those who would have labor depend on others than themselves for emancipation, partial or complete, can no longer stand in the way. Industrial Unionism, its benefits, will be made so plain that every worker will consider himself a traitor to himself if he neglects to enroll his name among those of his fellow workers — men and women.

An industrial union is an organization of labor formed in such a way that every man, woman and child working for wages in an industry can become a member of it. That means that they will not be divided in groups. They will be the group, the unit, or whatever you wish to call it. And "what they say, goes!"

Feel free to add the rest of the pamphlet if you have it. I just thought it might be worth having some of Slim's works archived here. I'm not really a fan of wobbly/iww stuff, but you can still appreciate some of the anti-capitalist humor/wit in Slim's writings. 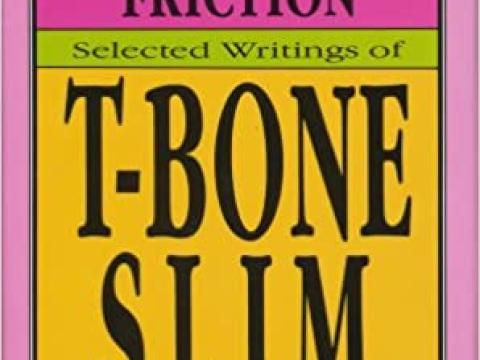 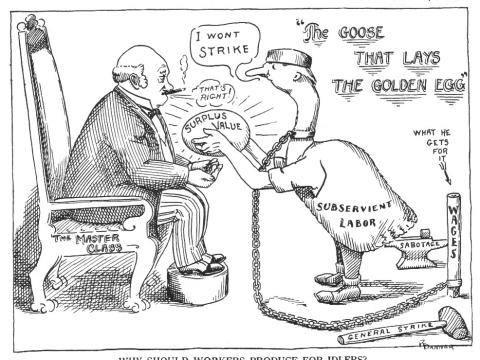 The late Wobbly veteran, in conversation with the late Studs Terkel, looks back on his experience in…
Image 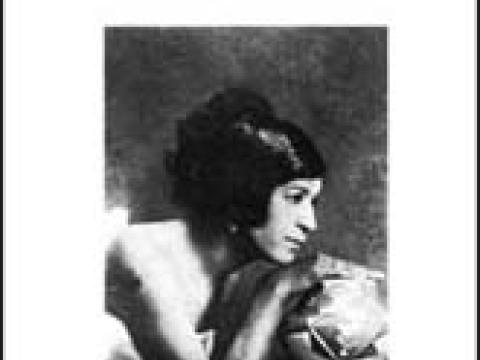 An essay on the relationship between the IWW and A. Philip Randolph's The Messenger…