From Anti-racist action - On January 4, 2013 all members of the Tinley Park Five accepted a non-cooperating plea bargain in which they each plead guilty to three felony counts of Armed Violence in exchange for “lenient” sentences and the guarantee of ‘day-for-day’ good behavior. Jason Sutherlin was sentenced to 6 years. Cody Lee Sutherlin and Dylan Sutherlin were sentenced to 5 years. Alex Stuck and John Tucker were sentenced to 3 1/2 years due to their youth and complete lack of criminal history. Each will be placed upon two years of supervised release upon release from prison.

Before the plea was accepted, the State offered the Tinley Park Five one last chance to betray their comrades in exchange for their freedom. What a waste of time! As anarchist and antifascists, the Tinley Park Five are no more capable of selling out the struggle than their broken system is capable of reforming itself! They laughed at the offer and bravely accepted their fate.

Credit was given for the 7 months already served in Cook County. They will receive ’day-for-day’ good time credit which effectively cuts the sentences in half. The state of Illinois also offers several programs and classes which can chip away at sentences. Optimistically, Alex and John could be out before Christmas 2013. Dylan and Cody could be out my Autumn 2014. Jason could be out by Christmas 2014. This is all hypothetical and highly speculative of course.

On Monday January 7th, the Tinley Park Five will be transferred to Stateville for between one and three weeks. There the Illinois Department of Corrections will decide where they will spend the duration of their sentences. Until this decision is reached PLEASE HOLD ALL MAIL. If you wish to donate to the Tinley Park Five at this time we ask that you use WePay rather than money orders at this time, as we’re concerned that they will get lost or delayed as the Tinley Park Five are being transferred between facilities. We’re working on trying to quickly raise as much money as possible to ease this transition.

Make no mistake, it is with great sorrow that we accept just how long we’ll be separated from our dear friends, but they will not be forgotten nor will their struggle cease in their absence. This support crew will continue to advocate for each of them in whatever they decide to do until every last one of them is free. Communiques from several members of the Tinley Park Five to their supporters are expected soon and will be posted on this website.

The Tinley Park Five as well as their supporters, comrades, family, and friends would like to thank Aaron Goldstein, Sara Garber, Brian Barrido, James Fennerty, Stuart Smith, Matthew Dodge, and everyone else who assisted in their legal defense. They would also like to thank the National Lawyer’s Guild for connecting these attorneys with the Tinley Park Five as well as the People’s Law Office for consulting with us in the initial stages of this ordeal.

The Tinley Park Five also wanted to thank Chicago Anarchist Black Cross as well as South Side for their help in bringing people out to their most recent court appearance. Seeing so many supporters meant more than you could know to them. Thanks to everyone who was able to make it. Thanks to everyone on the interwebz for helping to get the word out about it so well.

I was able to speak with Jason this morning and Alex last night and both of them asked that there be a public acknowledgement of all the groups who have humbled us with their support thus far. Thanks to Denver ABC, Salt Lake City ABC, New York City ABC, Rose City Antifa, Southside Chicago Anti-Racist Action, Philly ARA, Lafayette HARM, Circle City ARA, One People’s Project, Bursts-o-Goodness, Political Fail Blog, Sacramento Prisoner Support, M1AA, IWW, VICE, Worker’s World (especially NYC and Detroit affiliates), the Btown crew, as well as anyone who’s attended a letter-writing party, a court date, or came to visit. Thanks to the countless organizations that I apologize in advance for forgetting to mention.

Thanks to all of you Anonymous gangsters that had our backs with #opStormfrontRaid. Dirty South, whoever you are, you’re a life-saver, literally. Thanks to anyone who has stepped up in any way they could whether that be sharing a link or donating a couple dollars.

Thanks to everyone that has helped, but please don’t forget… the Tinley Park Five aren’t going to be in the news headlines as often but they are still going to need just as much support. We ask that you not forget about the Tinley Park Five! Please keep the benefit shows, letter-writing parties, and other acts of solidarity coming as they’re needed now as much as ever.

We’ll leave you with this quote, nearly a century old, which still rings just as true today:

Before the plea was accepted, the State offered the Tinley Park Five one last chance to betray their comrades in exchange for their freedom. What a waste of time! 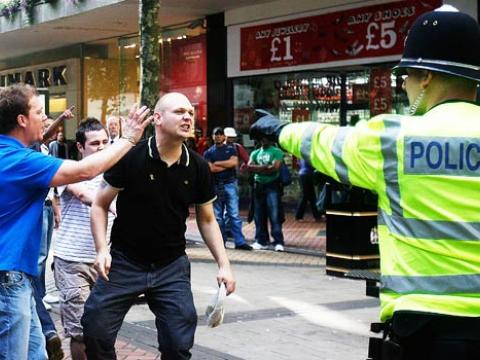 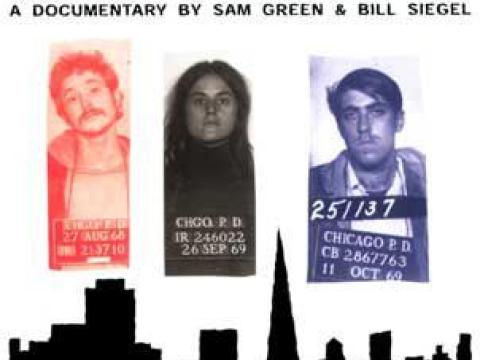