Analysis of the state's response to the death of a police officer in anti-police riots.

On 12th December 1988, Judges of the Court of Appeal announced the state’s decision not to grant leave of appeal to Mark Braithwaite, Engin Raghip and Winston Silcott - the three hostages taken in response to the death of PC Blakelock. They described their convictions as "safe" - in other words the state feels the response to their show trial has been so pathetic that it does not need to stage another legal drama, as they had to do in the case of the Birmingham 6 (6 Irish hostages taken with equal disregard to evidence to intimidate the Irish working class).

The imprisonment of the Tottenham 3 was the high-point of the repression unleashed on the Broadwater Farm community following their outrage at the police murder of Cynthia Jarrett, and resistance to police invasion. This uprising in October 1985 followed quickly on the heals of similar insurrections in Brixton and Handsworth during the previous fortnight. The use of firearms and the death of PC Blakelock showed a new confidence amongst the inner city working class - and particularly amongst black youth. The state knew that unless they moved in with force, they would face major confrontations across the country. Broadwater Farm then underwent a state of siege - benefit giros were not delivered, homes were smashed open, clothes stolen, both children and adults kidnapped. Broadwater Farm was isolated through police terror.

IT WAS A POLITICAL NECESSITY THAT SOME PEOPLE WERE CONVICTED FOR THE DEATH OF PC BLAKELOCK. The state could not admit that a policeman had been killed without a ‘guilty party’ being found. Justice and legal procedure are merely the dramatisation of the exercise of state power. It is clear that the Tottenham 3 are innocent, victimised for reasons of convenience. However, even if the police had found some people directly involved in Blakelock’s death, this would mean that we would have to redouble our efforts to gain their release.

The media hysteria built up around the Tottenham 3, and Winston Silcott in particular, has direct parallels with the nation-wide manhunt for Harry Roberts in 1966. Harry, with two other men, had been planning to rob a rent collector, when they were stopped by the police. They killed three policemen. The other two were soon arrested but for three months Harry Roberts evaded arrest. Hundreds of police and even the army were mobilised, his face was plastered over the front pages of the national press and a businessman offered a fleet of aircraft to help in this national emergency. The boss class is always scared when we discover that policemen know how to die. They don’t feel safe.

The framing of Braithwaite, Silcott, and Raghip along with the use of death squads in Gibraltar and elsewhere shows how ruthless they can be. We will only secure the release of the Tottenham 3 and the other hostages of the British state when our actions make them sufficiently frightened of the consequences of not releasing them.

I want to say something more than "chop chop" and "free the tottenham 3" but little else comes to mind. I guess life in general on and around the supposedly "cleaned up" broadwater farm estate where this happened speaks for itself, there's still massive wreaths of flowers, police everywhere, widespread poverty and desperation. Police are still very wary of wandering into the estate unannounced, as they should be, they only do it in packs and are quick in-and-out with specific aims of harrassing one youth, because they are complete cowards who find it easy to snatch a 12 year old black youth when there is more than one of them <- this was quite disgustingly show on that "police camera action" bollocks on telly. 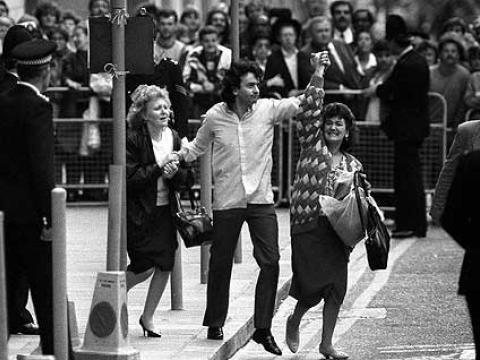 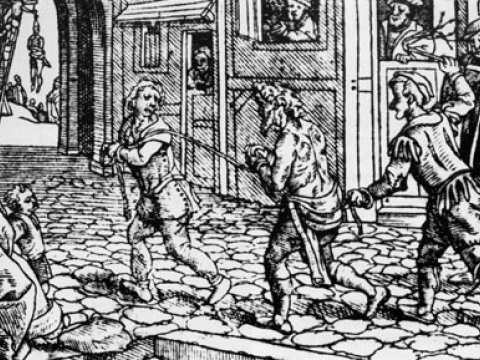 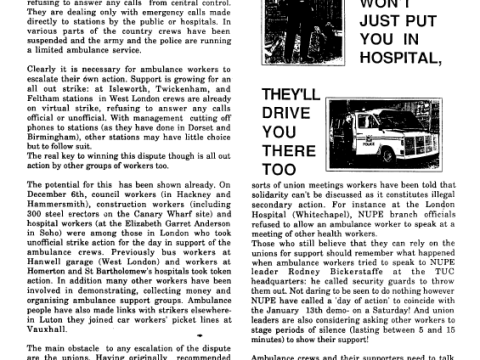