Trudeau and the "Freedom Convoy" Wrestle over the Means of Incompetence

The growing significance of the “Freedom Convoy” demands an analysis with respect to the position and outlook of the working class.

On January 15th, the exemption from the vaccine mandate for truckers crossing the US-Canada border was suddenly lifted, thereby providing the catalyst for the so-called “Freedom Convoy”. One week later, the truckers in British Columbia, mostly composed of drivers who owned their own trucks rather than workers employed directly, began to congregate in the town of Prince George as a gesture of defiance. As the convoy moved through Alberta en route to Ottawa, the tactic of blocking critical infrastructure was first deployed as they obstructed the Trans-Canada Highway on January 23rd. This trek to Ottawa gained numbers as it served as a rallying point for a significant section of the population mainly composed of small business owners. Through online mediums, the convoy began to accrue both financial and logistical support. On the 29th, the convoy arrived in Ottawa and began occupying the city centre. The convoy would go on to block key border crossings, most notably the Ambassador Bridge in Windsor, Ontario on February 7th, which alone facilitates 700 million dollars in trade every day. This movement has attracted the sympathy of the American right-wing, finding support from sections of the Republican Party and religious right, while inspiring copycat demonstrations around the world.

Two weeks on from the beginning of the “truckers’” protests, the Canadian state has begun to recognize the need for force in ending them. This comes after a variety of politicians, from the mayor of Ottawa, Jim Watson to the premier of Ontario, Doug Ford, and Prime Minister Trudeau, declared states of emergency. With a solemn face, Justin Trudeau reported to a press conference about his phone call with President Biden regarding the blockade of the Ambassador Bridge, declaring that such action was unacceptable as it threatened an already weak North American economy. Soon after, on the night of February 12th, police cleared the bridge and meted out heavy fines and a few arrests. But none of the political talking points espoused by the state or cries of “freedom!” in the streets of Ottawa have even attempted to capture what the so-called “Freedom Convoy” means and what forces propelled it to existence.

As the section of the capitalist class most vulnerable to economic liquidation, the small business owners and independent contractors of Canada have faced impending destruction since the start of the Covid-19 pandemic. As the representatives of the smallest capitals, the petty capitalists have the least ability to sustain losses such as were incurred at the onset of 2020. Politically, this desperation has translated into a noxious array of anti-public health politics, beginning with the anti-lockdown protests of spring 2020. The slogan these protesters touted, “all businesses are essential,” demonstrates their class character. It is in this environment in which the truckers’ convoy became a rallying for a section of the small business owners, conspiracy theorists, and overt reactionaries throughout Canada on January 22nd. Prior to the truckers’ convoy, these kinds of political demonstrations remained organised around the local towns. What the truckers’ convoy has done is enable these interests to coalesce into a movement on the national scale which has acted as a pole of attraction for small business owners and vaccine deniers globally.

The demands being produced by the convoy exemplify its complete reactionary character. They are ultimately centred around the undoing of public health measures; from the original demand to repeal border crossing regulations and expanding to attacking capacity restrictions and vaccine mandates at large. The conspiratorial insanity and the vague notions of “freedom” are simply cheap glitter on the real desire to return to a sustainable rate of profit. Specific sentiments vary, but this section’s interests lead them to disregard the legitimacy of public health measures. On the most radical end of their political demands, there exist calls for the House of Commons to be dissolved and replaced with an interim government of the protest leaders to reestablish rule with the Senate’s guidance. Such demands show that, inside the wider movement, there are far-right and openly fascist elements at work. Thus the protest reveals itself, not as against the existence of the state or capital and their authority, but for the imposition on the state their interests contra large capital.

It reveals the class nature of the movement that the initial demands coming from the owner-truckers have nothing to do with basic economic demands of the working class despite the decades long deterioration of working conditions in the trucking industry which has seen the extension of the working day to an exhaustive level next to stagnant wages. The fact that the movement has attracted some wage workers shows that the working class has not yet been able to significantly pose its own solution to the crisis. While there have been notable strikes against the general assaults of capital throughout the last two years, they have been limited by their sectoral nature and have been based on defensive economic demands, not moving onto a political terrain.

The dichotomies being presented in the press, pro-Trudeau/pro-convoy, pro-vax/anti-vax, pro-lockdown/anti-lockdown, obscure the reality that none have a solution to the crisis. The various health policies put forward by the Canadian state, and states across the world, have been limited by the confines of national interest and the general limitations of capital itself. Whether it is half-hearted lockdowns or the hoarding of vaccines (thereby ensuring that new variants will develop elsewhere in the world), we have seen that, as a system of social organization, capitalism is unable to produce a rational public health outlook. The great irony of course is that it was capitalism which has pushed its supply lines to the limit in past decades in an attempt to side step the declining rate of profitability. It was the process of speeding up turnover time next to deteriorating working conditions which was bound to make the industry unstable in the pandemic period. This made vaccine exemptions in Canada, hiring teenagers in America, and temporary resident status in the mist of the Brexit fiasco in the UK, necessary policy for the various states.

The working class must view itself as an independent force with its own interests, as opposed to both the “Freedom Convoy” and the Canadian state. Neither of the latter are able to posit a competent or coherent solution to the pandemic. Either the workers continue to suffer through the current incompetence of the state, or, as the truckers would have it, abandon any semblance of public health measures and face a return of the pandemic in force. The working class’s position is fundamentally opposed to either of the competing forces involved in Ottawa. From the point of view of those who own nothing but their capacity to work, the small business owners and the current government are only fighting over how the crisis should be managed in favour of the least damage to profitability (otherwise known as ‘livelihoods’.) For the likes of the truckers this means ignoring minimal public health protection measures and in general any other ‘awkward’ working restrictions which might restrict profit-making. And they are now conveniently taking on board anti-vax ideology to back up their own material interest. In short, these petty capitalists have a vested interest in ignoring or denying additional threats to the health and wellbeing of the wider population, principally wage workers whose standard of living has for decades now been under attack.

It is capital which has produced the conditions in which this pandemic was made possible. The displacement and mass impoverishment of workers in China, coupled with the ecological destruction that capitalism wrought, inform the immediate cause of the Covid-19 outbreak. The crowding together in the factory or at the school in the midst of a pandemic to make production quotas for the purpose of profit and the hoarding of vaccines in one geographical region at the expense of the majority of the world have ensured its spread on a global and drastic scale and prolonged duration.

Now with Trudeau invoking the Emergency Act, taking a cue from his father’s legacy, the result of the protest will be the increasing power of the state as it suspends the right to demonstrate. Next to this Trudeau and his government will tout the rhetoric of ‘responsible government’ to provide the ideological justification for ending the so-called “Freedom Convoy” which they will keep in store when it is the working class that needs to be disciplined. The bottom line is that, small capitalist or large capitalist, the working class has no interest in common with either of them. Our interests are international: for an end to capitalist exploitation through the wages system and a global society of freely associated producers. It is only our class which can do away with the incompetence of capital and organize society rationally according to social need.

It's worth comparing this with the other report and analysis on this site from 'greensyndic' in so far as they draw some similar conclusions although 'greensyndic' holds back from any detailed examination of the economic and class distribution amongst Canadian Truckers, perhaps sensible and and worthy of more consideration? I can't add to this but I'm aware that elsewhere the concept of a 'driver owner' is open to a variety of interpretations and that the distinction between that and a straight employee of a multiple capitalist trucking firm are not always clear cut, with some firms taking on under contract both existing individual truck owners and others requiring workers to buy or lease trucks from them. Not always a matter of choice for those seeking employment in desperate times.

Like you say, there are owner-operators who are more clearly workers, those that have to lease their trucks from the company for example, but there are also those who essentially run a small business, and even employ or subcontract other truckers. The piece from 'greensyndic' elsewhere on libcom usefully points out that a number of the latter indeed support and/or participate in the convoy.

Composition aside, and regardless of whether some of the participants happen to be workers or not, the key point to stress, as the Klasbatalo article does, is that no working class demands have been put forward here - "despite the decades long deterioration of working conditions in the trucking industry".

The working class must view itself as an independent force with its own interests, as opposed to both the “Freedom Convoy” and the Canadian state. Neither of the latter are able to posit a competent or coherent solution to the pandemic. 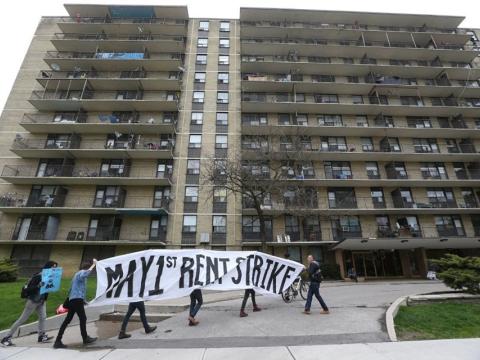 For the working class the cost of a roof over our heads is a major expenditure, one that can push households further into debt and ultimately…
Image 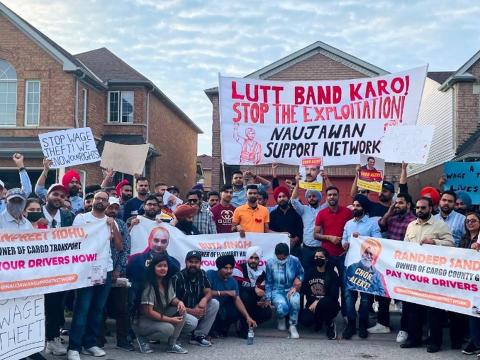 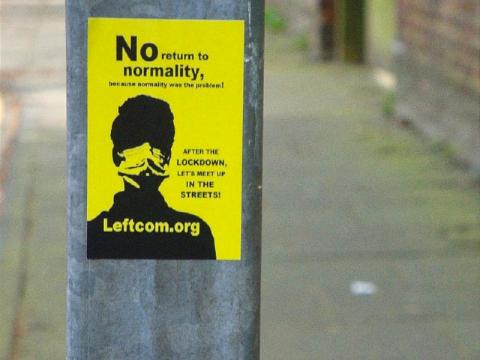 The Bosses Want a "Return to Normalcy"!

The bosses and the state are determined to make the working class pay for the economic crisis. Despite their nervous outcries claiming that…
Image 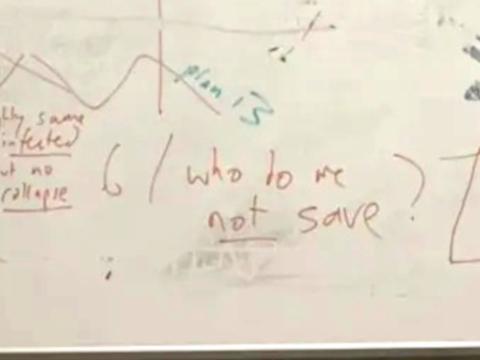 Crypto-eugenics, biopower and “Freedom Day”: Another response from some anarchists in Wales and England

A follow-up to "Anarchy, Lockdown and Crypto-Eugenics", replying to an "anti…