For the working class the cost of a roof over our heads is a major expenditure, one that can push households further into debt and ultimately onto the streets. This report from our ICT affiliate in Canada shows how the coronavirus lockdown is exacerbating the housing problem for the working class.

As in the UK, there has been no general rent moratorium, and many tenants have simply stopped paying their rent and left the problem a personal one for the future. In places like Montreal, which has a history of housing struggles, there are signs that tenants in some areas will once again get together to refuse to pay. For the revolutionary political organisation the question is how such an upsurge of fighting spirit amongst one grouping within the working class (tenants) can be broadened into a wider class resistance: one that will make it possible for us to highlight that this is part of a worldwide attack by global capitalism and allow us to pose the necessity for an equally global working class political organisation to get rid of the decrepit system which is bringing us all increasing misery.

After decades of a generalized assault on the working class, left limping since the great recession of 2008, driven increasingly into uber-style jobs often living in uber cars, the coronavirus and the crisis of the boss economy come like a blow to the solar plexus. A core condition plaguing our class is, of course, all too often working in low paying jobs and barely being able to afford increasingly expensive housing. Indeed, in the US from “1960 – 2014 … inflation-adjusted rents have risen by 64%, but real household incomes only increased by 18%” and in “2000 – 2010: household incomes actually fell by 7%, while rents rose by 12%”.1 In the Canadian city of Hamilton in 2018 alone there was “a 24 per cent increase year over year, according to the National Rent Report"2 while in the American city of Los Angeles “the average rent in the city … has ballooned to $2,527, a whopping 65% increase since 2010” with the national average at “36% over the same period”.3 The stagnation, or decimation, of wages next to rising rents is not a coincidence, a blip, something that some policy band aid could fix. The reality goes to the heart of the fundamental crisis of capitalism, the declining rate of profit.

In the face of this crisis there has been a long and generalized assault on the working class. Wages have been driven downwards by a variety of methods, such as the implementation of piecework common in the gig-economy, next to an overall assault on “the social wage” as austerity has ravaged healthcare. In this situation, flipping properties and gentrification has provided capital a way to make a quick buck, of course with the help of the state. Through the easy sleazy rise of real estate speculation, and its massive financialization rents and housing prices have increased by as much as 10 to 20-fold in some places, Montreal being an example. In Montreal and Toronto, we have seen speculators joining with the state to gut what protection was given by the various government measures, such as rental boards; measures that were won over the years by class struggle. This dual precarity of rising rents, declining wages and juggling multiple jobs has placed large swaths of our class in a position where fighting the boss presents itself a major gamble with homelessness as the devastating draw. Enter the coronavirus…

The response to Covid-19 has exposed the underlying crises of global capitalism and its priorities. Decades of austerity and cuts have seriously damaged the means to provide the basics to the vast majority of the working class. From the gutting and commercialization of education to the savaging of the medical care systems globally and with governments around the world implementing social distancing and lockdown policies, many workers have found themselves effectively locked out of their previous income. In America “6.6 million people filed jobless claims in the week ending 4 April” while “over the last three weeks, more than 16 million people have made unemployment claims”.4 In Canada, as of March, “44 per cent of Canadian households say they’ve lost work”, and of those 44% “66 per cent of Canadians said their employer is not paying for any lost hours”.5 In Alberta, a province on the brink since the drop of oil prices in 2014, Premier Jason Kenney has claimed “I fully expect unemployment in Alberta to be at least 25 per cent…”6 Nationwide, with “almost 6 million Canadians employed in those sectors that are hardest hit”7 , and with 50 per cent layoffs in these sectors not improbable, in these industries alone Canada may be facing 3 million jobs lost. The devastation as a result of these layoffs can only be fully understood by reflecting on the already precarious housing conditions facing so many workers. Data in 2016 showed that of renting Canadians only “46% of working tenant households have less than one month of employment income in savings”8 and 67% with 3 months or less. The worst of these numbers are in the maritime provinces with 70% working households in Prince Edward Island having less than a month’s income in savings available. And with Alberta looking at 25% unemployment, as predicted by the premier, over 50% of working households have less than a month’s income available. Despite various emergency measures described as “vague, non-committal and non-binding rules"9 , the fact is that for the working-class rent is coming due, and the savings are running out.

Suffering from a series of past defeats the working class has found itself at the mercy of this crisis. Nonetheless, emerging pockets of struggle can serve as a clear reference point for future basic defensive actions. The idea of rent strikes is not foreign to recent news headlines. Even before the corona crisis, rising rents had pushed many workers towards tenant struggle as a necessary defence against the generalized assault. At this moment it is unclear what the scope and impact of such struggle will take. But what is important to point out is that where there was an existing reference point, a class memory, the working class will be best suited for future actions. So it is not a surprise that in Toronto, a “city (which) has the highest rent rates in Canada, with $2,322 the average monthly price for an apartment” and “750,000 rental units”10 the slogan ‘Keep Your Rent’ has been plastered on city walls and has spread across social media posts. This did not appear out of a vacuum. Many tenants in Toronto can point to the Parkdale tenants' struggles of 2018, in which “a two-month rent strike at a west Toronto highrise… (ended) after a landlord abandoned a bid to raise tenants’ rents by more than double the amount recommended by the government”11 , to draw lessons from. In Los Angeles, with staggering rent prices and a new hit of unemployment, tenants and activists have declared “a rent strike for May is among the options”.12

We can never be certain about the direction of struggle, but what is important is that communists aim to put the housing situation in the context of the overall crisis. We make the connection between the workplace and the apartment, and situate local reference points to the total struggle of our class, in a situation where for more and more wage workers it is becoming impossible to live in the old way (Marx). The necessity to organise politically for the revolutionary overthrow of the bosses and their state is no longer a matter of abstract debate. 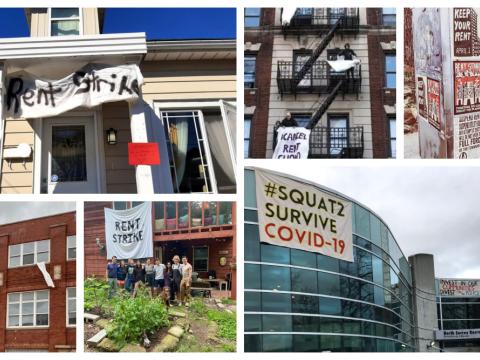 An overview of the rent strike movement in the US and Canada. This article was first posted at It's…
Image 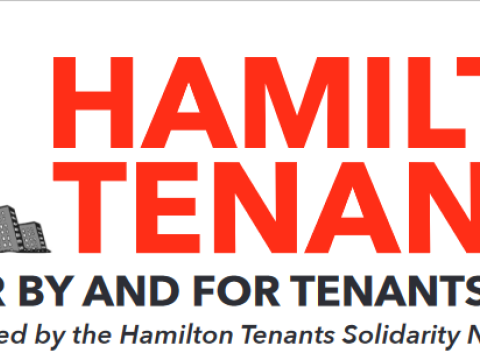 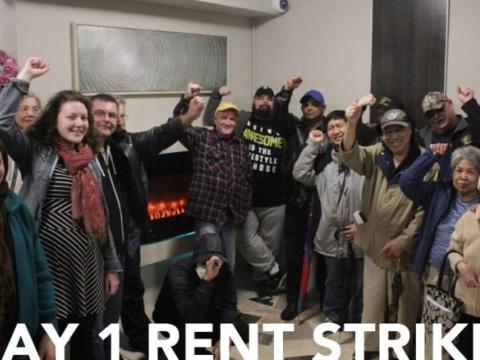 On April 24th, at a mass meeting at the local community centre, dozens of tenants from four high-rise apartment buildings in East Hamilton…
Image 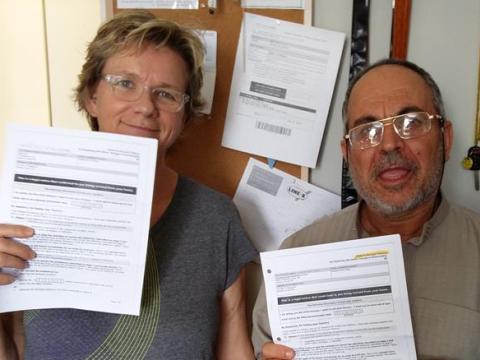