The true meaning of "Constitution Day"

The arrests of labor and environmental activists on December 3 turned “Constitution Day” into a “Fuck the Constitution Day” (让宪法日成了日宪法). This may be the best illustration of what “the law” and “the constitution” really mean.

This is part of series being compiled on Libcom under the tag “Solidarity with Chinese Workers“, in order to help publicize the ongoing crackdown on Chinese workers and labor activists, which began on December 3 – the latest wave in a trend of escalating repression that began in 2012. Free Chinese labour activists now 馬上釋放中國勞權人士. For further background, see “Guangzhou labor activists arrested en masse”, “Sweeping the house clean of labor NGOs”, and “The criminalization of strikes since 2012“.

Today (December 4) is China’s National Legal Awareness Day (全国法制宣传日and the nation’s second ever Constitution Day. Different levels of government across the country come up with different means of celebration: the Supreme People’s Procuratorate organized a calligraphy exhibition, Kunming organized a mass pledge campaign, Shanghai primary schools hosted flag ceremonies and gave speeches on strengthening the principles of the constitution and developing law-abiding habits. But the most “creative” celebration had to be Ningde in Fujian and Foshan in Guangdong: just a day before Constitution Day, they arrested several activists (公益人) in a single breath.1

In Ningde, two environmental activists were arrested on charges of prostitution or sexual misconduct, because the two volunteers who had been reporting on local pollution were living together. In Foshan, He Xiaobo (何晓波) from Foshan’s Nanfeiyan Social Work Service Center (南飞雁社 会工作服务中心)2 was arrested on charges of embezzlement, pending further investigation.3

Despite the fact that China’s Constitution guarantees citizens of the People’s Republic of China freedom of speech and freedom of assembly, and the right to criticize or raise suggestions to any state institution or government official, whenever someone actually tries to exercise these rights, s/he soon hits a legal ceiling.

Some of these ceilings are visible, such as restrictions on public assembly. Some are not, such as the limits of acceptable criticism. But under the recent propaganda around “legal governance”, all of these ceilings are redecorated and start to radiate the holy light of “law.” The constitution, meanwhile, is positioned high and beyond these actual ceilings of legal practice.

The original spirit of the constitution is to restrict the power of government. But when the constitution is suspended, activists of all kinds, whether dealing with the environment of labor rights, are put inside a straitjacket called the law. The right to practice activism is locked inside the cage they call law.

The government is inventing more and more new cages. “Inciting crowds to disrupt public order” was the weapon they used against Xu Zhiyong, who advocated for students’ rights to take their university entrance exams in provinces other than their own, and the five feminists who were planning an anti-sexual harassment campaign. “Disorderly behavior” was the charge used against Jia Lingmin, who gave free legal advice to victims of forced demolition, and Zhao Lianhai, who fought for compensation for babies suffering from kidney stones due to Sanlu’s poisoned formula milk. “Illegal business activity” was applied to organizations with publications, such as Guo Yushan of Chuanzhixing4 for their Academic Newsletter of the Transition Institute; and Guo Bin and Yang Zhaoqing of Zhengzhou Yirenping for its China Anti-Discrimination Legal Action Newsletter. “Extortion and blackmail” was wielded against Tian Jinguang, chairperson of the Spotted Seal Association in Panjin, Liaoning. This time they’ve added, “embezzlement” and “prostitution”…

With so many different kinds of cages, there’s always one that fits. If one doesn’t fit, they can switch to another charge, as in the case of Chang Boyang of Zhengzhou Yirenping last year, where they went through three different charges in the course of a month. When Chang was first criminally detained, it was “inciting crowds to disrupt public order”, when they applied for an arrest warrant, it was “disorderly behavior”, then when their arrest was authorized it had become “illegal business activity.”

The number of cages is increasing, the chains are growing tighter. In legislation, they will soon release a “foreign NGO management regulations” and “charity regulations”, both of which have raised intense controversy. The price of activism is being upped, and the outer limits of acceptable activism are being restricted by “law.”

Why go on then? If activists were to withdraw in the face of these difficulties, they surely wouldn’t be facing the results they do today. Perhaps they are too earnest, in thinking of this tract of land as their home. What matters most to them is their moral conscience and integrity of spirit.

Before He Xiaobo was arrested, the government had already investigated his organization’s financial records many a time. The concurrently apprehended Hongmei, who leads a women workers organization, was also accused of “illegal business activity ”. But they didn’t retreat, their attitude just like Xiaobo’s online alias—“fighting alone till the end.”

But in fact, they are not fighting alone, there are many friends supporting them. After Xiaobo was arrested, his wife has been continually updating his weibo, saying “people keep periodically messaging him, asking if he’s back”, all the way up until now.

The two environmentalists have also received media attention; when they were released this morning, no one paid attention to the local authorities dirtying of their names. Ninde’s pollution problem has even received more attention due to these events. Moreover, local environmental organizations have stated they will make a legal investigation of the police action.

Translators: 公益人 actually means “public good people”. In China, activists usually call themselves “public good people” to sound less radical and threatening to the system. This is a survival strategy.
Translators: Nanfeiyan Social Work Service Organization was one of the first labor NGOs in China to deal with occupational injury compensation. Besides advocating workers’ rights, they also provide services to the migrant population. For example, they advocate for migrants’ rights to education.
Author’s note: As of the publication of this article, He Xiaobo remains under criminal detention due to alleged embezzlement.
Translators: Chuanzhixing is an activist group, but a liberal one. It advocates for protection of private property, deepening of the free market, and even “more space” for enterprises. But in China this is all termed 公益, meaning public good, which also means activism in some sense.
Translators: this is a pun on the Chinese word ri (日), which means “day” but colloquially means “fuck” in a vulgar sense similar to the English word: “让宪法日成了日宪法”. 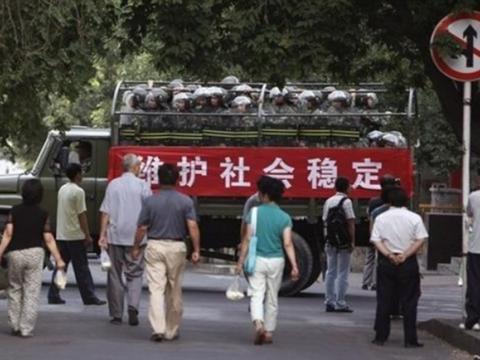 It is as if someone is cleaning out his house and takes a break to visit some friends. He puts down whatever he's doing, closes the door, and…
Image 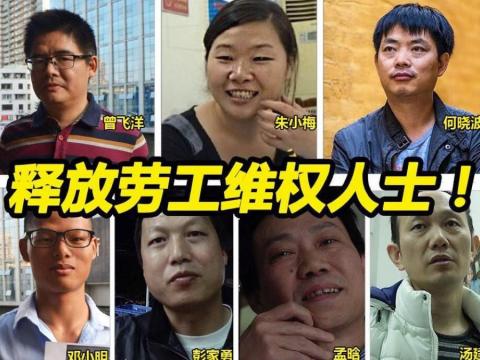 The Guangdong Six and the rule of law (of value): Preliminary theses on the December 3 crackdown

Comrades have been asking questions such as, 'why should we focus on supporting …
Image 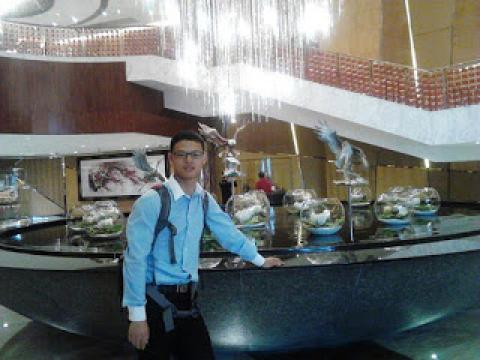 According to lawyers, it has been confirmed that Deng Xiaoming, staff member at…
Image 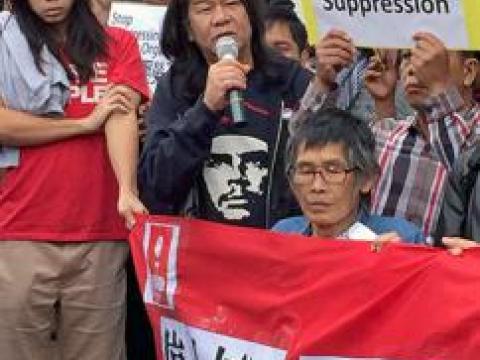 American caught up in China's crackdown on labor activists