A short biography of Grigori Tsesnik, Russian anarchist hounded by the Soviet authorities

Grigori Tsesnik was born in the village of Bezhits, Briansk uyezd, Orlovsky gubernia, in Russia in 1890 into a Jewish family. He received a primary education and then worked as an electrical fitter.

We know that he was a leading light in the Kharkov Anarchist Communist Federation from 1916. He took part in the February revolution and took an active role in the Kharkov branch of the Nabat Anarchist Confederation. He helped to establish Volnaya Bratstvo (Free Brotherhood), a publishing house that published many anarchist texts and at the same time the setting up of the anarchist paper Khleb I Volya (Bread and Freedom) which appeared until 1918. From 1919 he was arrested by Chekists on several occasions.

On November 25th 1920 many members of Kharkov Nabat were arrested ( it is a measure of the sympathy that anarchism had among the Kharkov working class that 5,000 went out on strike at the Anchorage Plant in protest). By chance Tsesnik escaped this round up. The Cheka then arrested his wife, who had no interest in politics whatsoever. She went on hunger strike, demanding her immediate release. The Cheka then told her that if she wanted to be freed, Grigori had to give himself up, or she would be shot. Though seriously ill with tuberculosis, he did just that.

He was sentenced in 1921 to a political isolator for five years. Returning to Kharkov in 1922 after an amnesty, Grigori took part in underground anarchist work from 1923 until 1925. At the beginning of 1923 he helped establish a wide anarchist underground network with Alexander Volodarskiy, Boris Nemiritskiy, Reveka Yaroshevskaya, and Avenir Uryadov, etc. He undertook agitation among the artels that workers like him were forced to join by the Soviet authorities, alongside Pyotr Zakharov. He was arrested for organising strikes and sentenced to two years. Released again in 1927, he continued underground anarchist work and was subsequently arrested two years later in 1929. He was arrested again in Kargasok in the Tomsk region where he was working as an electrician on March 18th 1935. He fell victim to the roundup of groups of exiled anarchists in the region and targeted as their leader. He was sentenced to three years of exile on July 25th of that year.

Intriguingly, two other Tsesniks were active in the Kharkov anarchist movement. One of these was Kirsh Ansovich Tsesnik, who may have been a Latvian. In August 1915, serving as a private in the 143rd Dorogobuzhsky Infantry Regiment, he escaped from the Peter the Great Hospital in Moscow. And later became active in Kharkov. He was known in the movement as Konstantin Anatolevich Tsesnik.

Another Tsesnik was the metal worker Fedor Tsesnik who worked at the railway locomotives workshop in Kharkov. With the February Revolution he was a member of the factory soviet and was an active member of Nabat. Arrested by the Cheka in November 1920 he was incarcerated in the Kharkov prison where he contracted typhus after protests from the locomotive factory workers he was released in a state of unconsciousness. He died two days later without having regained consciousness. It is possible that he was the brother of Grigori.

According to this article Grigori and Fedor were brothers:
https://vipdis.ru/bolsheviki-zleyshie-vragi-revolyutsii-harkovskie-chekisty-protiv-anarhistov/ 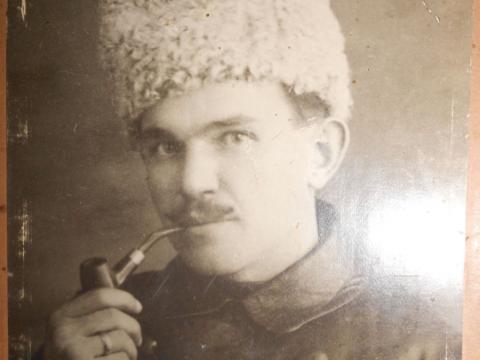 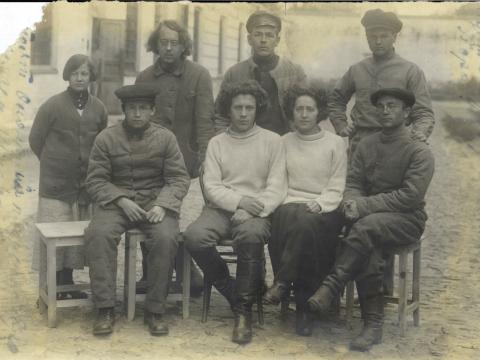