Tunisia: Power belongs to the street

With protests across Iran still ongoing, a rebellion in Tunisia has seen three days of demonstrations in over twenty towns against rising costs and high unemployment as the anniversary of the 2011 Revolution draws near.

On Tuesday afternoon, several hundred people, including mums carrying babies, the unemployed and manual labourers, gathered outside the Municipal Theater of Tunis. Brandishing "the people demand the fall of the regime, neither fear nor uncertainty, power belongs to the street", a mere slogan transformed into a call to action pulsating across the country.

With the popular revolt in its third day, demonstrations have flowered in over 20 cities, including the capital Tunis. The state has captured and arrested over 600 people, but with the seventh anniversary of the 2011 Revolution (and the aspirations it engendered) only three days away, this is unlikely to slow a defiant public.

Alarmingly, the government have deployed the army to several cities across the country, running the risk of killing even more civilians. The one known death so far is Khomsi el-Yerfeni, a 45-year old man from Tebourba, who witnesses say was run over by a security van. A fearless public responded by setting a national security building ablaze in Thala.

Tebourba, the town where Khomsi el-Yerfeni died, is emblematic of the social and economic issues driving the revolt. Thirty kilometres outside the capital, the only two opportunities for work are either gruelling agricultural labour or travelling into the city and spending half your wage on travel; a wage that amounts to USD 160 per month. With youth unemployment as high as 38%, many people aren't even lucky enough to secure this derisory pay.

Adding insult to injury and perhaps sparking the unrest, the government imposed a series of brutal austerity measures making the cost of living beyond what is possible for most ordinary Tunisians with prices on necessities like gasoline, medicine, housing, internet usage and foodstuff set to rise. Conditions so unfit to live, 400 Tunisians from the country's mining cities migrated to Algeria as recently as Sunday.

But this isn't an isolated moment, in the last year there has been a sense that the 2011 Revolution itself was being undermined. The continued cancelling of the municipal elections; the cabinet reshuffle that inserted those with close ties to the former autocrat Ben Ali; and the passing of the economic reconciliation act, overriding the authority of the post-revolution Truth and Dignity Commission.

A recent poll found that over 80% of Tunisians think the country is heading in the wrong direction. With economic conditions looking as bleak as before the revolution, and counter-revolutionary forces holding state apparatus, it appeared the revolution had been abandoned altogether - but for the people of Tunisia.

It is possible to attribute the deafening silence from the establishment western left to orientalism. People in the Middle East and North Africa are either beasts, in which case it's an Islamist plot; or feeble-minded simpletons being hoodwinked, in which case it's a CIA plot. Never does it enter the imagination that non-Europeans may also have political aspirations. Never mind that the US and Europe regard Tunisia as a strong, reliable economic and security partner, or that the Popular Front (a coalition of Tunisian far-left parties) are in vocal support of the revolt. The problem goes much deeper than that.

The establishment left's problem with the uprisings in Iran and Tunisia is that it's embarrassing. While brave Tunisians are prepared to revolt in the face of the army and brave Iranians defy theocratic rule, the highest ambitions of the British left is to nationalise some train services and reverse police cuts. This isn't orientalism, this is a crisis of ambition and the hollowness of the Corbyn project.

Those courageous people rebelling long into the night will continue on with or without our support. But much like the Tunisians, we should be asking ourselves: Fech Nestannew - what are we waiting for?

A very short critique of some of the promised 'reforms'.

A better than average Plan C analysis of the background to recent protests making some comparisons between the 1970's and today in terms of changes in the technical and political class composition here:
https://www.weareplanc.org/blog/on-the-latest-round-of-social-rebellion-in-tunisia-2/
And also for a useful earlier analysis including a background history see this:
https://libcom.org/library/tunisia-emergency-state-restructuring-democratic-insurrection 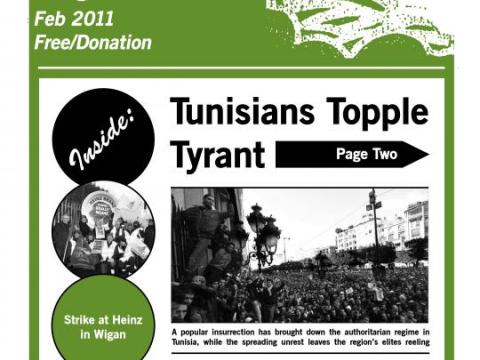 Full pdf and text of the Anarchist Federation's free paper. 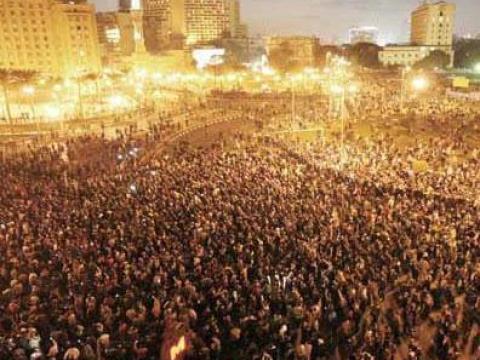 Mohammed A. Bamyeh discusses the currents and contradictions within the revolutionary movements… 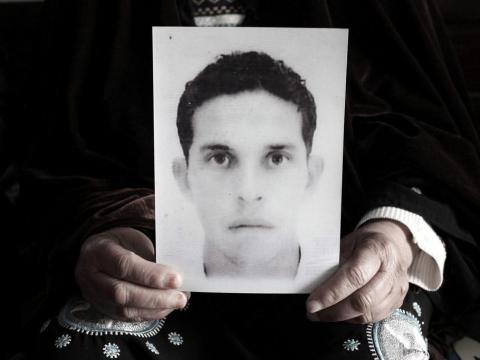 A reflection on the revolts in North Africa. 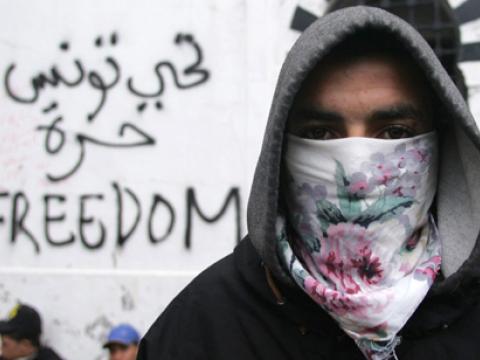 Pamphlet by Mouvement Communiste and Kolektivně proti kapitálu about unrest in…