In the current situation of global crisis and rampant local wars, Turkey has an important place. The tensions in this country are running high, both within the capitalist class(1) and between capital and labor. In this article we report on recent workers' struggles that develop in Turkey against the effects of the crisis. Workers are struggling despite state repression and attempts to divide workers.

In the spring of 2015 a strike began at the Renault plant in Bursa, which was successfully extended to other companies in the metal sector. Eventually tens of thousands of metalworkers participated in the struggle. In an effort to prevent new strike movements the Turkish government announced an increase in minimum wages by more than 35%. Renault Bursa workers then came back with the demand for a wage increase of 35% ... for all workers. They put their claim to power by refusing overtime work and by regular demonstrations during the late shift. In a video dated Friday, January 15, we see how the workers of the morning shift demonstrate in groups, by department, on the factory premises to demand a wage increase. They scream in the direction of the executive offices "You have to pay!", "All together!" and "Long live the unity of Renault workers!"

This video can be seen at the following link:

On January 20, the workers of Renault Bursa are still in movement. Because the workers refuse to work overtime, production decreased by 600 vehicles per day. This includes the numbers of manufacturing faults, indicating the use of production sabotage as a weapon.

Through economic damage the workers of Renault Bursa put the management under pressure. However, of much greater importance is the political pressure by the extension of their struggle beyond the Renault factory:

- The demand for wage increase for all workers is chosen for workers from all professions and sectors to come into action.
- The struggle at Renault is organized by the workers themselves, outside the unions.(2)
- The video of their struggle circulates around the world.

Every workers' struggle that remains within the confines of the company is doomed to failure. The strength of the working class lies in the solidarity of the whole class, against all divisions, in its manifestation as an international class.

The Turkish state has understood this very well and has done everything it can in order to break the strike at Renault Bursa before it would spread to other companies for the second time - and this time probably to other sectors as well. Thereby the working class would put the state power into question. As usually in such cases, the trade unions offer their help ... no, not to the workers, but to the state and capital. In this case an international trade union movement, that was not really happy(3) about the global diffusion of a video showing the workers demonstrate by themselves, immediately took action.

The international industry union IndustriAll intervened in the struggle between workers and Renault, based on the global framework agreement it has signed with the Renault Group. In this agreement Renault pledges to adhere to the demands of the ILO (International Labor Organization) like freedom of (trade) unions and to provide for skills, training, health, safety and diversity of its workforce. All of which are simply in the interest ... of Renault itself.

The Turkish trade union affiliated to IndustriAll, Birlesik Metal-Is, on February 4 arrived at an agreement with the management of the Renault plant in Bursa to organize "free elections" among the workers on February 29, so the management would finally get "a reasonable negotiating partner". Simultaneously the composition and mode of operation of a Social Dialogue Committee was agreed upon between the union and the management. This is to rule out that the workers themselves would determine in their militant mass meetings who could negotiate on their behalf and with what demands. Obviously, with the ability to recall negotiators and appointing new ones, should they not have respected their mandate. The "free elections" the union wants do not differ at all from the election of politicians who, once they have been elected, are completely free to trample underfoot the interests of those whom they are supposed to represent.

Since Birlesik Metal-Is does not support the demand of the workers for a general wage increase of 35%, but claims to represent the workers at Renault, it was likely that the workers would feel cheated and would see through the electoral circus. In this respect it was convenient that the Ministry of Labor and Social Security declared the elections illegal. Renault immediately canceled the "free" elections and fired 10 workers, including two spokespersons. Spokesmen for whom: for the union or the daily manifesting workers? The message does not tell. It clearly came from IndustriAll. Later, still another 60 workers were sacked and penalties were imposed on 100 others, probably because of protests against the previous layoffs or because of attempts to continue the struggle for a 35% rise in wages. Peaceful demonstrations by laid-off workers at the factory gate around March 1 have been beaten up by the police. Workers are being harassed by the police, including in their homes. On March 2, police arrested 21 workers at the end of the night shift, so probably at demonstrations similar to those on the video.

Naturally, the unions pretend indignation and hope that the police violence, the lay-offs and sanctions pressurize the workers into relinquishing their struggle and putting it in the hands of the unions. We see that the international trade union movement, the local union, the police and the Ministry of Labor complement each other perfectly. The unions and the state are not each others enemies, they share their tasks in the struggle against their common enemy, the working class. Expansion of the workers' struggle over Turkey would not only jeopardize the Turkish participation in the war in Syria, but it would also be an example to follow for the workers in Iran, in Russia, in Europe. That's what all states, including the newly emerging ones, from the Kurdish state to Islamic State, are afraid of: that their "own" working class revolts against their exploiters and oppressors and unite in solidarity with their class brothers into one international struggle.

Turkish and Kurdish workers - one struggle, both in Turkey and in emigration, together with the 'native' workers! All workers have the same interests and have to win a world!

1: The ruling AK Party of President Erdogan represents the Muslim current, as opposed to the secular one, the proponents of separation of state and religion. These two currents convene in an authoritarian nationalist Turkish attitude towards various national minorities, of whom the Kurds are the most important. The Kurdish factions of the bourgeoisie are divided in their turn. Sometimes they cooperate, sometimes they fight each other; Barzani in Iraq, the PKK in Turkey and the PYD in Syria.

2: Multiple sources, such as LabourNet Germany, report that the actions are spontaneous. Because in Turkey different unions compete, from unions affiliated with the AK Party to leftist unions, we have no real certainty about this.

3: The French Stalinist CGT was clever enough to diffuse the video on its website, to make it look as if it was an union mobilization.

The Turkish state has done everything it can in order to break the strike at Renault Bursa before it would spread to other companies. Thereby the working class would put the state power into question. 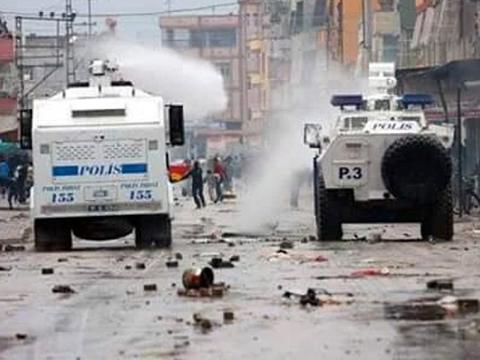 Turkey is in many ways involved in the bloody war in Syria. Much of it does not penetrate in the Dutch media. With a NATO ally there is nothing… 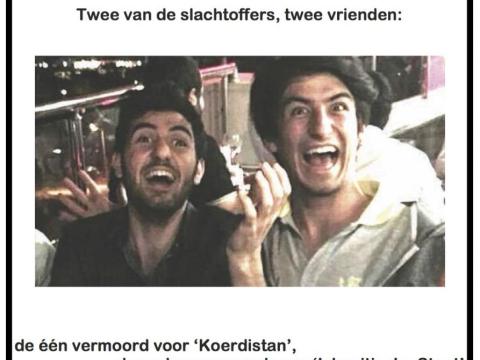 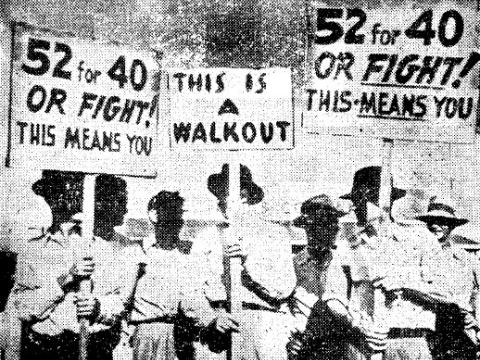 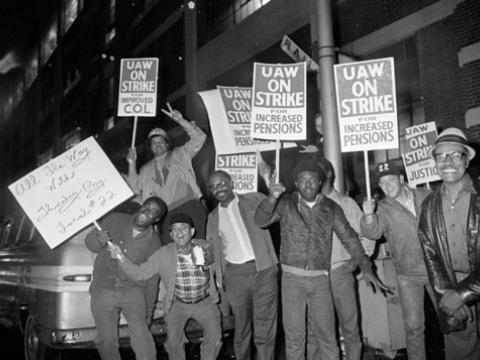 Cleo Silvers, a former organizer with the League of Revolutionary Black Workers, discusses racism in…