Historian Howard Zinn's account of the American invasion of the small Caribbean island of Grenada, ostensibly to 'protect' US citizens, but in fact to re-assert US military and financial dominance over the region.

In the autumn of 1982, President Reagan sent American marines into a dangerous situation in Lebanon, where a civil war was raging, again ignoring the requirements of the War Powers Act as the government did with Cambodia in the Mayaguez affair. The following year, over two hundred of those marines were killed when a bomb was exploded in their barracks by terrorists.

Shortly after that, in October 1983 (with some analysts concluding this was clone to take attention away from the Lebanon disaster), Reagan sent US forces to invade the tiny Caribbean island of Grenada. Again, Congress was notified, but not consulted. The reasons given to the American people for this invasion (officially called Operation Urgent Fury) were that a recent coup that had taken place in Grenada put American citizens (students at a medical school on the island) in danger; and that the United States had received an urgent request from the Organisation of Eastern Caribbean States to intervene.

An unusually pointed article in the New York Times on October 29, 1983, by correspondent Bernard Gwertzman demolished those reasons:

The formal request that the U.S. and other friendly countries provide military help was made by the Organisation of Eastern Caribbean States last Sunday at the request of the United States, which wanted to show proof that it had been requested to act under terms of that group’s treaty. The wording of the formal request, however, was drafted in Washington and conveyed to the Caribbean leaders by special American emissaries.

Both Cuba and Grenada, when they saw that American ships were heading for Grenada, sent urgent messages promising that American students were safe and urging that an invasion not occur… There is no indication that the Administration made a determined effort to evacuate the Americans peacefully… Officials have acknowledged that there was no inclination to try to negotiate with the Grenadian authorities… “We got there just in time,” the President said... A major point in the dispute is whether in fact the Americans on the island were in such danger as to warrant an invasion. No official has produced firm evidence that the Americans were being mistreated or that they would not be able to leave if they wanted.

The real reason for the invasion, one high American official told Gwertzman, was that the United States should show (determined to overcome the sense of defeat in Vietnam) that it was a truly powerful nation: “What good are manoeuvres and shows of force, if you never use it?”

The connection between U.S. military intervention and the promotion of capitalist enterprise had always been especially crass in the Caribbean. As for Grenada, an article in the Wall Street Journal eight years after the military invasion (October 29, 1991) spoke of “an invasion of banks” and noted that St. George’s, the capital of Grenada, with 7,500 people, had 118 offshore banks, one for every 64 residents. “St. George’s has become the Casablanca of the Caribbean, a fast-growing haven for money laundering, tax evasion and assorted financial fraud…"

After a study of various U.S. military interventions, political scientist Stephen Shalom (imperial Alibis) concluded that people in the invaded countries died “not to save U.S. nationals, who would have been far safer without U.S. intervention, but so that Washington might make clear that it ruled the Caribbean and that it was prepared to engage in a paroxysm of violence to enforce its will.” He continued:

There have been some cases where American citizens were truly in danger: for example, the four churchwomen who were killed by government- sponsored death squads in El Salvador in 1980. But there was no U.S. intervention there, no Marine landings, no protective bombing raids. Instead Washington backed the death squad regime with military and economic aid, military training, intelligence sharing, and diplomatic support. The story in Panama, Nicaragua, Guatemala and South East Asia was tragically similar.

.
OCRed by Linda Towlson and lightly edited by libcom - US to UK spelling, additional details, clarifications and links added. 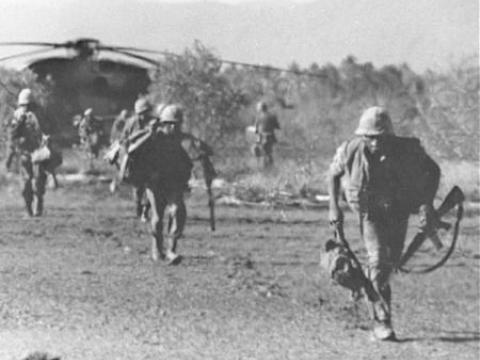 12. The Empire and the People