Kurt Wafner, was born on 25th November 1918, on the Franfurter Allee in Berlin during the height of the German Revolution. His family originally had the name Wawrzyniak and his ancestors were a mixture of Polish nobility and French Huguenot refugees. His father died in early 1923, and his mother had to eke out an existence. Through the influence of his uncle Bernard, a member of the Weissensee Anarchist Federation, he started reading the anarchist classics at the age of thirteen. The Federation was active in several districts of Berlin and organised public meetings, lectures, museum and theatre trips and various campaigns. Many of its members were also in the anarcho-syndicalist union, the FAUD. There was a broad membership of the Federation with intellectuals and bohemians alongside workers. There was little tension on this score but more on questions of strategy. For example Erich Mühsam had collaborated with the Communists during the Bavarian Workers Councils. Others like Herbert Wehner were totally opposed to cooperation.1 Here he became acquianted with one of the most famous libertarian writers of his time, Theodor Plievier, and was familiar with Mühsam, Ernst Friedrich [founder of the anti-war museum] and the anarcho-syndicalist Rudolf Michaelis. At the age of fourteen, he joined the Freien Arbeiter Jugend (FAJ) of Berlin-South East, affiliated to the Anarcho-Syndicalist Youth (SAJD). There were around 25 people in this group.

In the 1930s he was involved in a student strike when the Jewish and social democratic principal of his college was dismissed. As a result of this Wafner was expelled. The Weissensee Federation was dissolved at the end of 1934 and because of this he was not able to pursue his career as an engineer. After the Nazi takeover the anarchist youth attempted to carry on. When the youth centre where they met was closed down, they met in private homes. They then began to meet in the countryside using rambling activities and butterfly hunting as a cover. They joined the Brandenburg Association of Hikers. This had been organised by local historians and was tolerant of radical and antifascist groups. This and the Federation of German Small Allotment Holders were used as covers for underground activity.

In 1939 he was drafted into the Army, serving in the Labour Service. He had just managed to gain entrance to an engineering school, but this was aborted by military service. In the summer of that year, due to poor eyesight, he was freed from military service. However this was later over-ruled and he had then to serve in an artillery unit in Frankfurt. His eye problems became aggravated and he was given office work. In 1941 he was sent to guard French prisoners of war in Berlin. He had operated Good Soldier Schweik tactics in this period, doing as little as possible towards the war effort. Unfortunately the invasion of eastern Europe by the Nazis changed all this and he was compelled to go to the Eastern Front. Whilst sitting on a lawn he got into conversation with another soldier, Rudi Kuhn. The conversation went like this: “Dictatorships foment war“...Wafner ventured to say that one had to be careful of spies. Rudi replied: “Can you imagine a society without government?“ “ Like Bakunin , Kropotkin or...“ , “Or the anarchist union the FAUD?“ . Kurt discovered that Rudi was a tailor and had been active in the FAUD. He also came across two members of the Communist Party in the unit. They were sent to guard Russian prisoners of war in Minsk. Together they decided to behave as humanly as possible. One of the Communists let some prisoners escape, giving an excuse that he had been dead drunk. He was arrested by the military police and never seen again by the group.

In this period Kurt amassed a collection of photos, some taken by him, some bought from other soldiers, which witnessed the atrocities carried out by the Nazis: partisans hanging from nooses, Russian prisoners of war shot down and put in mass graves. The Wehrmacht was as guilty of this as the SS and the police, in Kurt’s estimation.

As the war progressed, Kurt made further efforts to be put on a sick list. Finally he was moved to a physics laboratory at Siemens. Here he encountered came across Herbert Treschow, who he remembered from the FAJ. They were thus able to carry on underground activity. In August 1943 he started a relationship with a woman. The child they had died shortly after birth.

Under the regime in East Germany he joined the militia and the Communist Party, whilst still maintaining his anarchist ideas. In 1947 he was asked to join the secret police, the Stasi, but he rejected this offer. A little later , he contracted TB and was forced to leave the militia, then training as a librarian. In 1950 he left the Party. He worked in different jobs, as a publishing editor, head of the Roman-Zeitung which published weekly serialised novels, radio play author and journalist, but always aware of the power of State censorship. He lost a job with the publishing house of the Society of Soviet-German Friendship because of a refusal to toe the Party line.

With the fall of the Wall in 1989 Kurt established contact with the German anarchist movement, writing several articles on his personal experiences. In 2000 he published his autobiography My Life as a Book Lover and Anarchist. He died on the 10th March 2007.
[i] Nick Heath [i]

after Herbert Wehner defected to the KPD in 1927, Erich Mühsam accused him of stealing not only part of his money and the members' lists of the Anarchistische Vereinigung Berling but also his cat

It doesn't surprise me in the least- I knew about the rancourous relations between Muehsam and Wehner but not about the cat! By all accounts Wehner was quite unpleasant, with a record of authoritarianism and was referred to in German anarchist circles for a very long time as "the traitor"

Wehner's speeches as social democratic MP were really funny (probably one of the few German MPs with a sense of humour) ... he and another SPD MP, the former trotskyist and resistance participant Rudolf-Ernst_Heiland were expelled in 1950 for several weeks from parliament after they had thrown the far right MP Wolfgang Hedler through a closed door in the parliament building ;-)

A short biography of the German anarchosyndicalist Karl Gültig. 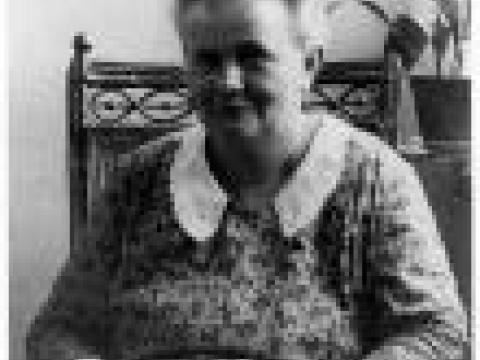 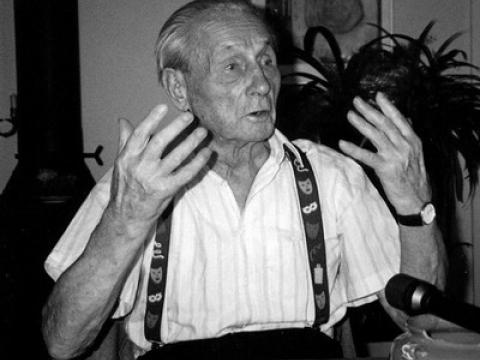