The text is taken from the original leaflet, THE WAR AND THE SOCIALIST POSITION, produced and printed by The Socialist Party of Great Britain. The leaflet was published for distribution to the working class until being prevented from being circulated at meetings by the capitalist State on the spurious grounds that it was considered “likely to cause disaffection to His Majesty or to interfere with the success of His Majesty’s forces by land or sea etc.” with the imposition of The Defence of the Realm Regulations enacted in November 1914.

The War and The Socialist Position
Whereas the capitalists of Europe have quarrelled over the question of the control of trade routes and the world's markets, and are endeavouring to exploit the political ignorance and blind passions of the working class of their respective countries in order to induce the said workers to take up arms in what is solely their masters' quarrel, and
Whereas further, the pseudo-socialists and labour 'leaders' of this country, in common with their fellows on the Continent, have again betrayed the working class position, either through their ignorance of it, their cowardice, or worse, and are assisting the master class in utilising this thieves' quarrel to confuse the minds of the workers and turn their attention from the class struggle.
THE SOCIALIST PARTY of Great Britain seizes the opportunity of reaffirming the socialist position which is as follows:
That society as at present constituted is based upon the ownership of the means of living by the capitalist or master class and the consequent enslavement of the working class, by whose labour alone wealth is produced.
That in society therefore there is an antagonism of interests, manifesting itself as a CLASS WAR, between those who possess, but do not produce and those who produce but do not possess.
That the machinery of government, including the armed forces of the nation, exists only to conserve the monopoly by the capitalist class of the wealth taken from the workers.
These armed forces therefore will only be set in motion to further the interests of the class who control them –the master class –and as the workers' interests are not bound up in the struggle for markets wherein their masters may dispose of the wealth they have stolen from them (the workers) but in the struggle to end the system under which they are robbed, they are not concerned with the present European struggle, which is already known as the “BUSINESS” war, for it is their masters' interests which are involved, and not their own.
THE SOCIALIST PARTY of Great Britain pledges itself to keep the issue clear by expounding the CLASS STRUGLE, and whilst placing on record its abhorrence of this latest manifestation of the callous, sordid, and mercenary nature of the international capitalist class, and declaring that no interests are at stake justifying the shedding of a single drop of working-class blood, enters its emphatic protest against the brutal and bloody butchery of our brothers of this and other lands who are being used as food for cannon abroad while suffering and starvation are the lot of their fellows at home.
Having no quarrel with the working class of any country, we extend to our fellow workers of all lands the expression of our goodwill and socialist fraternity, and pledge ourselves to work for the overthrow of capitalism and the triumph of Socialism.
THE WORLD FOR THE WORKERS!

THE EXECUTIVE COMMITEE.
August 25th 1914
WAGE WORKERS OF THE WORLD UNITE! You have nothing to lose but your chains, you have a world to win! –Marx 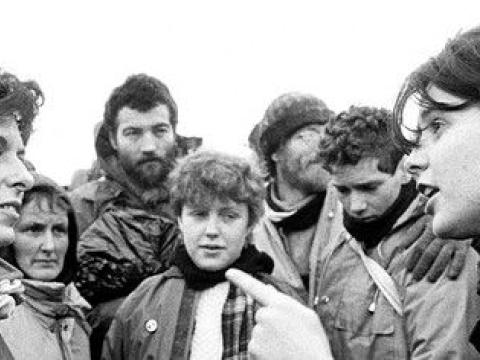 Is Britain Worth Dying For? 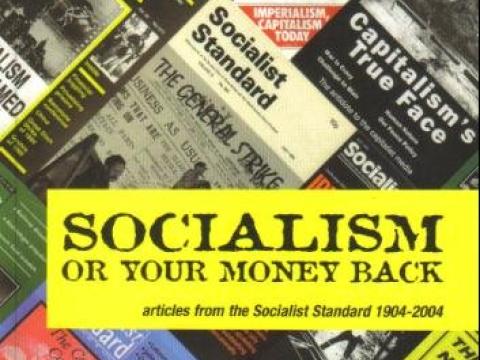 Socialism or Your Money Back: Articles from the Socialist Standard 1904-2004

Published by The Socialist Party to mark the centenary of its formation, Socialism or Your Money…
Image 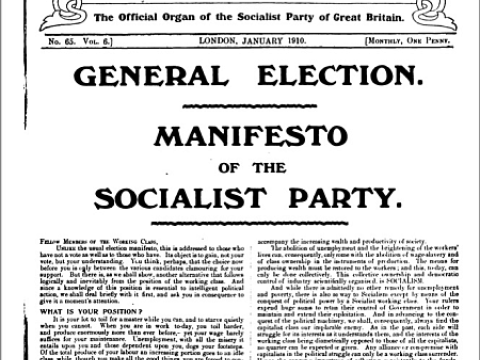 The General Election: Our Manifesto to the Workers

FELLOW MEMBERS OF THE WORKING CLASS Once again the various political parties are seeking your support in a General Election.
Image